We asked four LGBTIQ writers what the recommendations of the Ruddock review into religious freedom mean to them.

Nobody is sure what Philip Ruddock’s religious freedoms review will mean for LGBTIQ teachers and students, not even the Liberal Party. But as news broke yesterday that the review recommends codifying a right for schools to reject students based on their sexuality, many were shocked. Isn’t school hard enough for many LGBTIQ kids already?

Crikey asked four LGBTIQ writers to reflect on their experiences with the school system.

Upon hearing the news that the government is considering extending discrimination based on sexual orientation in schools, I felt physically sick. This abated, but I was left with an emotional queasiness that stayed with me all day. It was there when I read to my grade five/six class, when we worked through division problems together, when we discussed some poetry and when I texted my partner about my school day.

It was the same emotional queasiness I felt for many months last year in the lead-up to the marriage equality postal survey. It’s a feeling of fear, of isolation and of anger. 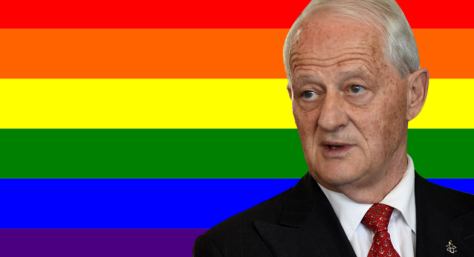 I’ve taught primary school for six years now and, for the most part, I’ve always been open with my schools and with my students about who I am and who I love. But I have never felt completely easy about expressing it the first time to colleagues, students and parents, for fear of the potential reaction. I am determined to be open with my students about my life because getting to know me is integral to building a relationship with them.

I feel lucky that a byproduct of having me as a teacher is that they will know a queer person, and that maybe this could help them feel safer in expressing their identities later in life. Or maybe it could help them recognise how damaging and cruel homophobia and discrimination can be to a queer person, who could be someone just like their teacher.

When I was 11, I got a scholarship to an all-girls Anglican high school in country NSW. I was one of a handful of Indigenous students at the school at the time — and, I thought, the only queer person. The school’s right to be rid of me filled me with dread my whole adolescence.

I risked being cut adrift from my own social fabric when I came out to my friends, who told their friends and so on. The school had unparalleled access to resources in a mostly-poor regional centre; I quaked at the thought of losing one of the town’s few pathways to tertiary education.

They never did expel me. Their prerogative to do so — knowing I had no recourse — expressed itself in other ways that were also endorsed by NSW law. An English teacher marked my creative work about women and friendship with her “true” grade (a pass) and a “notional” mark (a fail) to remind me: “Don’t do this. Not all markers are as open minded as me”. I brought my girlfriend to a school dance. Afterwards, a senior teacher opined to her classes that the idea of us kissing repulsed her: “this is a Christian school!”

My younger sister — to whom my scholarship also applied and who would be similarly cut adrift if I was expelled — first heard about my sexuality in those classes, even as I was just figuring it out for myself. Her peers called me a pervert and asked if she was too.

The school held an assembly, the contents of which I have mostly blocked from memory but which featured a one-slide slideshow with Ellen DeGeneres’ face crossed out. I went to the office of the staff member responsible, knowing I could not convince her that I was right but hoping to persuade her of the pastoral risks in giving my peers implicit support to harass me. She said she “hated the sin, not the sinner”. I was, nevertheless, hated.

I received prank Valentine’s gifts the next week. Months after, I found my school bag teeming with maggots. I told no one.

I was a gay student at a religious school. My partner is a gay teacher. These things affect real people’s lives.

I was lucky, my school was fine with me being gay and generally created a supportive environment for students, even if it wasn’t proactive about supporting gay students in particular. Some of my friends weren’t so lucky. It’s clear this report is not just about accommodating people with different outlooks on life. The panel sees gay people as less deserving of rights.

While arguing schools have a right to discriminate against gay staff and students, they want to make it illegal to discriminate against people based on their religious identity. Race, disability, pregnancy and intersex status should also be protected, the report argues. So some of us obviously are more equal than others. Evidently, an influential portion of society still sees as as undeserving of equal treatment, and reporting has highlighted that some states already give schools the right to discriminate.

But I hope the report represents the last gasp of an increasingly irrelevant minority trying, and failing, to take us back to the bad old days.

When, at 16, I came out to the headmaster of my school, I fully assumed that they’d support and look after me. I mean, that was their job right? After telling my parents that I was transgender went well, I’d maybe assumed that the murky transphobic past I’d read about online was just that — the past. Instead, I was told that, despite how much they wished they could help, if I wanted to come out I’d have to find a different school, and set me up with a counselor who only exacerbated things.

To imply that this review is necessary (as Scott Morrison has said himself) implies that, with the right education, queer kids of religious parents can be educated out of a sexuality or gender identity that is innate; a perspective we know to be both untrue and deeply harmful.

Ten years later, I’d like to think that things have changed, but I still have queer kids get in touch saying they’re in the same position I was, and asking for help. In NSW, where I went to school, students and staff of religious schools have few protections if they’re queer, and so in these instances I end up providing the same platitudes that were provided to me: it sucks but it’s only for a little while longer; I’m really sorry; you can do this, I believe in you.

This wasn’t enough then, and isn’t now. LGBTIQ young people deserve respect and support, no matter where they happen to be enrolled. 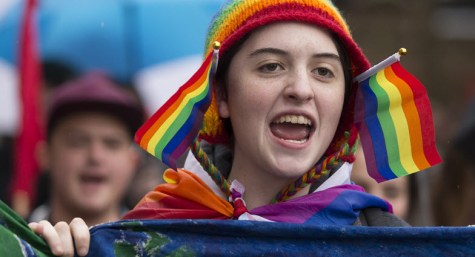 I suggest you get a life!
No one needs to know about non-existent fairies and angels floating around in the sky somewhere…except you and your ilk perhaps? So-called ‘religious education’ is just brainwashing…whichever version of fake news is employed…there is no proof that any of it is true.
EVERYONE needs to know about LGBTIQ kids and the problems they encounter…as outlined in the stories above…because they are real and living along with the rest of us.
I am an 80 year old straight grandmother who says…THANK YOU, CRIKEY for giving these four authors a say. We should all listen carefully!!

You can’t get out of learning mathematics, science and history etc at school either… discrimination, I say! I wonder why people are so afraid of knowledge?

We may be able to avoid religious proselytising classes but we can’t avoid paying for them out of our taxes.

The religious lobby in the 90s prevailed upon the NSW government to prohibit those students who eschewed such idiocy during school hours from doing any study or school work whilst absent from those indoctrination session “because it would unfairly (sic!) advantage them” over their deluded class mates.
Freedom FROM religion is far more important – all religions, despite their claims, cannot be correct, not least because they are all wrong.

Everyone is coyly not mentioning the denominations of the religious school they attended in this article but I would hazard a guess that they’re mostly Catholic, am I right? I might be going out on a limb here, but isn’t brand Catholic already on the nose? I mean destroying so many children’s lives through countless acts of rape is not enough for people? I honestly can’t believe parents send children to these schools. Are they sadists?

There may be an own goal in all this. I was aware that religious schools were allowed to discriminate against employees, while not supporting it.

I wasn’t aware they were allowed to kick kids out for being gay. That’s a disgrace. Perhaps we can get that law changed.