The IPCC report says we need to get out of coal by 2040. It's a stark proposition for the political class, but can we do it? Absolutely.

This week the Intergovernmental Panel on Climate Change (IPCC) sent a shock-wave around the world when it released its special report into 1.5 °C of global warming. For some in Australia’s political class, perhaps the most confronting statement made was that, if there is to be any chance of saving the world’s most vulnerable places like the Great Barrier Reef, we must all get out of coal by 2040.

The question is can we do it? Can Australia kick its coal habit in the next 20 years?

The quick answer is yes — absolutely we can.

Over the past decade at least 10 expert reports from organisations such as the Australian Energy Market Operator, CSIRO, UNSW and the Australian National University have said that Australia can move away from coal and all other fossil fuels in electricity generation. One report by the University of Technology Sydney* found that it was possible to shut down all coal generation by the end of 2030.

That’s right — Australia can power itself with 100% renewables, using currently available technologies. What are these technologies? Ones that we are already familiar with in Australia — solar PV, wind, hydro and pumped hydro, batteries, sustainable bioenergy, perhaps concentrating solar thermal and importantly energy efficiency and demand management.

In fact, Australia may be one of the easiest places in the world to transition to 100% renewable electricity, from a technical perspective.

We have the means

Firstly, Australia has some of the best renewable energy resources in the world. We are one of the sunniest countries on Earth and windy too, especially in southern Australia. This means for every solar panel we install, we get more electricity out. We also have a large landmass, low population and, compared to other countries, a low total electricity demand (though currently we use it inefficiently). 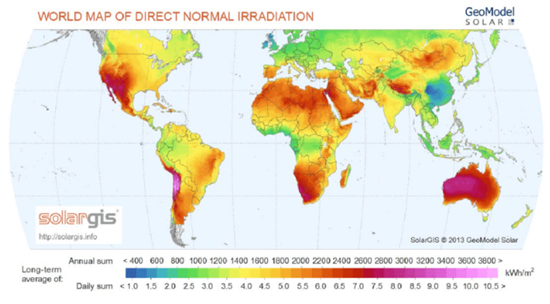 Secondly, we have an ageing coal fleet. We have had 13 coal-burning power stations shut down in the last eight years and much of our fleet is reaching its use-by date and needs to be replaced in the next 20 years. Indeed, an increasing number of coal and gas units tripping are causing reliability concerns, especially in summer when demand is highest.

Thirdly, the momentum behind renewable technologies is so great that it can only be slowed, not stopped. Technologies such as solar, wind and batteries are on an exponential growth curve, similar to the rise of computers. If we’d asked politicians in 1990 to set a target for how many computers there would be by 2010, most of us would still be using typewriters.

Exponential growth creates a future quickly that we can’t even imagine now. Futurist Ray Kurzweil notes that the installed capacity of solar PV globally is doubling every two or so years. So while it currently accounts for 2% of global electricity generation, it would only take six doublings or less than 15 years to power the whole world with solar. That’s how powerful exponential growth is. And when policy makers assume linear growth, it’s unsurprising that their projections are wrong. 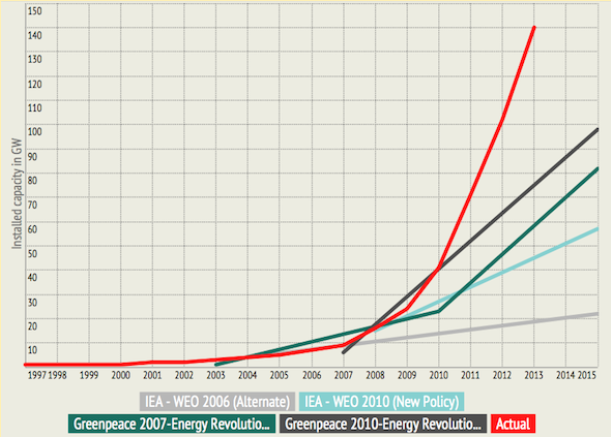 Now that doesn’t mean we can all head to the beach because exponential growth in renewables has us covered. That’s only possible if we remove the roadblocks and put the right incentives in place.

Finally, the overwhelming weight of public opinion is on the side of renewables and climate action, making it politically and practically easier to transition rapidly away from coal. More than 1.8 million households and businesses have solar on their roof and more than 90 community energy groups and 100 councils are developing their own clean energy projects.

While the move away from coal power in Australia is necessary, possible and popular, it will not be without its challenges. There are technical challenges, such as re-engineering our electricity system for a new fleet of zero-emissions technologies — challenging, but with smart engineers who are already on the job, very surmountable.

There will be economic challenges — modernising an essential service be it health, education or electricity costs money. The good news is that new renewables technologies are cheaper to build than coal and transitioning more quickly positions Australia to capture new business opportunities in a decarbonising global economy.

LEAKED: true facts about coal (according to the Monash Forum)

We also need to address the social challenges to ensure no one is left behind, be they renters, low-income households or coal communities.

However, perhaps the biggest challenge of all is political, demonstrated by the fact that our federal government has rejected the IPCC report out of hand, without even reading it.

The technology trends mean the transition to a coal-free Australia is inevitable. But, without government support it will be extremely difficult to achieve this within the time-frame that the IPCC says is necessary.

Our federal government has to decide on a course of action and doing nothing is not an option. Our coal fleet is aging, our electricity prices are high and the country is already experiencing the effects of climate change — most recently through extreme drought. The good news is that the solution to all three of these policy problems is to rapidly transition to renewable energy.

As everyone knows, if you’re going to kick a habit, the best time to start is today.

*Nicky Ison is also an author of the UTS report.

“the fact that our federal government has rejected the IPCC report out of hand, without even reading it”.

What a great story and what a great message we could send to the world. I can just see it in black bold print. The Age December 2040. ‘ Australia 100% Renewable s’. That would be a headline, maybe not with News Corp. Our economy would be the envy of the financial world. Big business is ready to go for it actually asking for the opportunity. All that is needed is a Government willing to take it to an election. The majority of voters now support action on renewable s and the way the climate around the world is changing the numbers will soon be overwhelming.

I’m hoping newscorp will be newscorpse by then and the reptile from New York will be long dead and buried, his empire forgotten, an era looked back on as Stalinist Russia is today.

If you believe that “100% renewables” implies “100% fossil carbon free”, then you could be sold anything. If you check out the technology and timetable for 100% renewables, you will find that there is “gas” implied at every turn. Gas is permanently and fraudulently assigned “temporary” status as unaccounted back up. If ever you could find somewhere to live and buy “100% RE” labelled electricity, heating and transport, you would find that somewhere between 50 and 70% of that energy would have been provided by gas. And then not very efficiently.

However if you do look up the recent IPCC report, you will find that they require the progressive elimination of gas along with coal and oil. And if you check out the UTS report, you will find that it begs credularity. They explicitly exclude nuclear, despite it being indefinitely sustainable – replaced by impossible storage. These guys are just trying to sell you windmills. And solar panels. Dont fall for it.

Yes, if we do very little and plod along like snails, we will need gas intermittency for a while, but with even a modicum of effort gas back-up could be zero by 2040, and is very likely to be anyway.

This is moving much faster than I suspect you can keep up. There has already been the necessary studies done to show something like 22,000 sites for developing pumped hydro in Australia alone. A figure in the region of 50 or 60 of the best of those 22,000 would suffice for all the back-up, instantly available, baseload storage we need both now and for the future.

The problem with that is all the excess power created when it is windy and sunny, but damn, those scientist have worked out that we can use excess power to produce hydrogen. Damned scientists. This could be a monumental export earner of nuclear free, emissions free power.

It requires nothing more than political will. No new technology, no unproven and un-buildable and hugely expensive third or 4th generation nukes. Just existing technology, wind, sun, and 20 years of not propping up power sources that belong in the dinosaur era.

It’ll be a close run thing, but not because the tech isn’t up to it, just the people.

Here’s something worthwhile to bring everyone up to speed.

Don’t fall for it.

Ever heard of Osmotic Power? Bio-gas? Tidal Power? Tidal Stream Power? Micro-Hydro? Geothermal? All capable of producing both base-load & dispatchable power, without the need of any back-up.

Meanwhile, what are we going to do with your beloved nuclear power (which would be up & running by 2040…..if we started building it about now) during our increasingly hot Summers? You do know that France has recently been forced to shut down some of their nuclear power stations during their summer, because the water they use for coolant was too hot? It gets much hotter here.

Windy especially in southern Australia! What about the trade winds? They’re called trade winds because commerce and industry have relied upon them forever. The South East trade winds are regular, reliable and blow right across northern Australia all winter from, say, north of Townsville, all the way past Darwin and over to Broome.

I have been reading this sort of cautiously optimistic, umm, opinion on our ability to avoid catastrophic climate change for several decades now, if only we act soon enough. I think, for me, my big wake-up call was around 2006 (I think), when James Hansen warned, again, how dire things were, but optimistically stated that we still had a chance to turn things around, if we acted quickly and decisively enough. He reckoned, in 2006, we had about 10 years to act. (From memory).

Its nice to dream, but quite frankly, it aint gunna happen. We are headed towards a future in which most of the earth will become unlivable. A small remnant of humanity may survive at high latitudes. It may still be possible to avoid that future, but that requires political leaders in every nation capable of looking beyond tomorrow’s breakfast. Today, not tomorrow.