Welcome to Side View — a curated guide to new and overlooked content on politics, policy, and public affairs. This week: the arena shrinks on gaming, America's opioid crisis, Indigenous remains returned, and Graves rolls in his grave.

Long-term planning: eventually Pluto will be last habitable world in the solar system. Time we restored it to planet status?

Also: cognitive behavioural therapy good, drugs bad, yes? Well, turns out CBT has side effects as well and they can be significant. And a new documentary explores a 1948 “scientific” expedition to Arnhem Land that led to the theft of remains of Indigenous leaders to the United States — and their eventual restoration to their country.

My kids are too old for Fortnite and I prefer killing zombies so I’ve had minimal exposure to what is a remarkable phenomenon, but this analysis of the social and economic subtext of Fortnite (and for that matter the whole battle royale genre) is very good — and the top 10 craziest bases video isn’t bad either. Moreover, is Fortnite causing divorces? 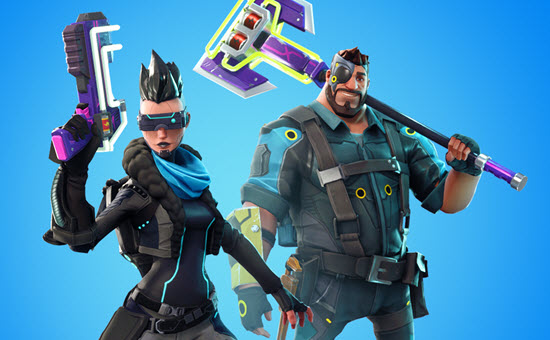 While the game is set to make US$2 billion this year alone (and has created millionaires among elite gamers via Twitch), the broader video games industry is now seriously struggling with the problem of balancing the increasingly expensive visuals demanded by ultra high-def devices and making games that aren’t just endless copies of each other. And while we’re having yet another moral panic about young people, Camille Paglia doesn’t like their selfies and suggests they watch a few old movies (I’m filing this under “presented without comment”).

An important new book from Alan Jacobs on 20th century Christian thought provides the basis for reflections on evangelical support for Trump, and the deep dismay of many conservative Christians about that and the current direction of the United States. An American Conservative review places the same work in a broader historical context.

And I’m going to break one of my self-imposed rules and recommend two more articles from the same publications. Mark Perry has an intriguing article on the meetings between two unlikely interlocutors, Douglas MacArthur and JFK; and Philip Alcabes performs a compelling demolition job on current theories about the causes of America’s opioid crisis — especially those from the left — and provides a strong economic argument.

While we’re in rural America: how electricity co-ops in South Dakota evolved into the closest thing the US has to Apartheid.

Next in my occasional series on Great Hatchet Jobs Of Our Time: Sod Off To All That. Robert Graves, author of I, Clavdivs and other middlebrow triumphs (as a definitely middlebrow novelist, I use the term without malice) gets a creeping artillery barrage from Colin Burrow that pounds him for misogyny, incoherence, public schoolboy psychology and — surprise! — sexual predation (in the form of his “muses”) in a new biography. Bend uncouthly forward and monotonously chant “kill kill kill” as the defenestrees pile up.

Now, a graph from the new IPCC report that the Coalition tried to sabotage. The below depicts a range of impacts to a variety of systems of different global temperature outcomes, from white (undetectable) to yellow (detectable) to red (severe impacts) to purple (severe and irreversible impacts with little adaptability).

Might want to book that trip to the Great Barrier Reef soon.

I have the best job in the world and even I find it exhausting to offer an opinion on every example of arrant stupidity our public life serves up. It must be much worse for Indigenous writers who have to endure toxic racism and a media that sees the outrage cycle as an important business model.

Celeste Liddle is wonderful on the “continual call by the media for Aboriginal people to counteract the most basic forms of racism”. At Meanjin, Asher Moses argues that revolution is the only way to get action on issues like climate change given how corrupted our political system is — a view I dispute in The Mess We’re In — while a US academic argues that our need for stories is preventing us from making sense of history. Which I guess is a roundabout way of calling for more thematic and fewer chronological and biographical books?

THE “OTHER MINDS” PROBLEM