The oil-dependent country’s acquisition of ConocoPhillips’ 30% Greater Sunrise stake is seen as the final step in securing sovereignty. But is it worth the risk?

“Do they intend to drink oil?” asks Celestino Gusmão, of the young Timorese whose economic futures were recently shackled to Timor Sea resources. The coordinator of economic analysis institute La’o Hamutuk is critical of Timor-Leste’s surprise purchase of a stake in the Greater Sunrise oil and gas fields, and he’s not the only one.

Last Monday’s announcement that Timor-Leste had agreed to buy ConocoPhillips’ 30% Greater Sunrise share for $484 million in pursuit of its long-held onshore processing plan was initially met with praise in Dili, though opinion has since become more divided.

“I’ve said already, Xanana will win his last war, to bring a pipeline to Timor, but you don’t believe,” wrote a supporter on Facebook of the deal, which was negotiated by former president, prime minister and independence hero Xanana Gusmão [no relation to Celestino]. “Now, see and hear for yourselves.”

Even Prime Minister Taur Matan Ruak, who had previously blasted a Xanana Gusmão-led government’s infrastructure spending as irresponsible, praised the acquisition in a press conference on Thursday.

Decades after he led the country’s 24-year-long resistance against occupier Indonesia, first from mountain hideouts and then from a Jakarta prison, the charismatic Gusmão remains a deeply influential figure in Timor-Leste. He has led the country, whether in title or otherwise, for the better part of 40 years and cemented his legacy as a founding father in March this year with the historic signing of a permanent maritime boundary agreement between Australia and Timor-Leste. This ultimately unlocked Greater Sunrise for development. 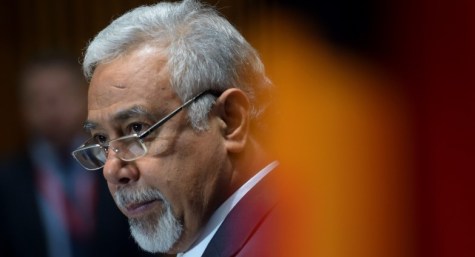 Now, Gusmão’s attempting to make good on a decades-old promise to bring oil and gas to Timor-Leste — seen by government as the final step in securing the nation’s sovereignty. But La’o Hamutuk says this short-sighted thinking prevents sustainable development.

“We always want to go for the easy thing, the easy money, but we don’t explore the good things we have,” Celestino Gusmão tells Crikey. “Agriculture, education, developing the young people who make up the majority of our population. Our nation isn’t just for now. We must strengthen it for the future.”

Timor-Leste’s plan to pipe oil and gas from Greater Sunrise to its south coast for processing has been rejected as commercially unviable by the joint venture partners responsible for the fields’ development, priced in excess of $7 billion by the United Nations commission that mediated the Timor Sea boundary in March, and is widely considered excessively risky and expensive.

In an article published on Thursday, La’o Hamutuk called for a comprehensive analysis of the benefits of the deal and expressed its “serious doubts” that any such analysis would prove that the benefits of the Sunrise acquisition justify the significant cost to Timor-Leste.

“We feel that this is a danger for our land,” Celestino says. “This development has heavy consequences, fiscal, economic, environmental consequences, and consequences for people’s lives.”

Michael Leach, a professor of politics and international relations, says that the plan is highly risky but explains it aligns with Gusmão’s vision for the country to progress to middle-income status by 2030. “It is clearly a huge gamble, that in the worst-case scenario could see a lot of Timor-Leste’s sovereign wealth fund spent on a white elephant project,” Leach tells Crikey.

“However, it is also important to deal with the other side of the argument. If you take Xanana Gusmão’s position at its strongest, if there are onshore finds as well, and new offshore finds — Timor-Leste is currently issuing exploration permits — and with Greater Sunrise, and it all went relatively well, then it would be true that Timor-Leste would likely earn more revenue and downstream benefits like jobs than if it all goes to Darwin.”

If Greater Sunrise gas is processed onshore in Australia, Timor-Leste would receive 80% of royalties — 10% more than if gas is processed in Timor-Leste. Leach estimates the gap at US$8-10 billion, plus a further US$1.5 billion from the undeveloped Buffalo field, and excluding the value of job creation and other downstream benefits.

When a journalist asked when Greater Sunrise gas would arrive in Timor-Leste for processing, a grinning Gusmão replied, “I can’t say tomorrow… I can’t say in 20 years’ time”.

The single quote attributed to him in a joint press release published by Timor-Leste and ConocoPhillips announcing the agreement signalled confidence in the government’s ability to influence the remaining three joint venture partners. 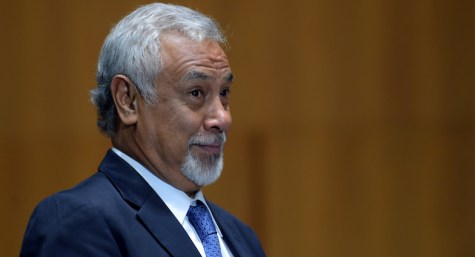 This looks like a vanity scheme from a fading old lion.
If fossil fuels have a long term future why would Saudi be trying to sell, with no interest from anyone thus far, its reserves.
ConocoPhilips must be breathing a sigh of relief to be shot of this dead parrot.
Assuming that processing is ever established on that tiny island, seriously what jobs for locals will be forthcoming. apart from cleaning up the pollution inseparable from such activity?
The inevitable long term environmental havoc could be catastrophic.
Leave processing to the dumbos in Darwin.