Chin Leong Tan, a former property lawyer and multicultural sector leader, is a departure from his outspoken predecessor, and seems reluctant to take a stand on racism.

After a three month vacancy, the government has appointed a new race discrimination commissioner. Chin Leong Tan, a former Melbourne-based commercial property lawyer and multicultural leader of Malaysian-Chinese origin, will commence the role next week. Tan will replace Tim Soutphommasane, whose tenure, which ended in June, frequently saw him at loggerheads with Coalition and conservative pundits.

Throughout his career, Tan generally kept a low profile. Unlike his predecessor Soutphommasane, who was outspoken on social media, Tan has no Twitter account. His LinkedIn profile is incomplete, and very little was known about him outside the multicultural sector until this morning.

Tan moved to Australia in the 1980s and spent over 20 years practising as a commercial property lawyer. In 1999, he unsuccessfully sought Liberal preselection for the Victorian state seat of Bennettswood. Since then, he maintained sporadic involvement with the Liberal party, finally resigning his membership a month ago.

More recently, he served in a number of positions in multicultural bureaucracy. In 2011, he was appointed chair of the Victorian Multicultural Commission by premier Ted Baillieu, a position he held until 2015. Since then, he has been director of multicultural engagement at Swinburne University.

Tan’s tenure in these roles appears to have been largely incident free. Generally speaking, they involved building better engagement with multicultural communities, and helping to develop policies which improve cultural diversity. He was, however, criticised by Palestinian groups for attending a 2014 Jewish community event in support of Israeli soldiers fighting in Gaza.

While his predecessor Soutphommasane frequently condemned racism, and ended his term with a fierce attack on the resurgence of race-baiting and dog-whistle politics in public debate, Tan appears reluctant to call Australia a racist country.

“If it was, I wouldn’t be here”, he told The Australian.

Tan indicated that he would be more reluctant to publicly call out racism. “I do share a view that that can be overplayed sometimes”, he said. He was reticent to offer a clear opinion on the repeal of section 18C of the Racial Discrimination Act, which Soutphommasane fought vigorously and successfully against.

When asked about whether he supported repealing the section — which makes it unlawful to offend, insult, humiliate or intimidate a person based on race — Tan said, “It’s not for me to comment on legislation that’s been there for 40-odd years.”

Tan also appeared reluctant to offer a clear opinion on Home Affairs Minister Peter Dutton’s controversial claim that people in Melbourne were “scared to go out” because of African gang violence.

“I think it’s a question of the public view about his comments, but I think the issues are about crime and issues about support for communities”, he told ABC Radio

Tan’s hesitation in taking any firm stances appears consistent with Attorney-General Christian Porter’s opinion that the role be “conciliatory” rather than “divisive”.

But while he may represent a solidly uncontroversial pick for the Liberals, he doesn’t seem particularly enthused about his new job 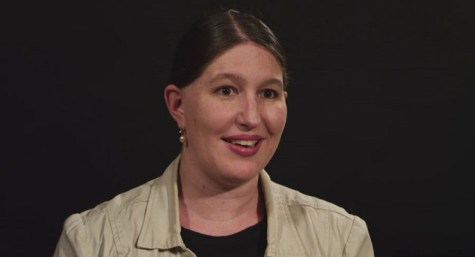 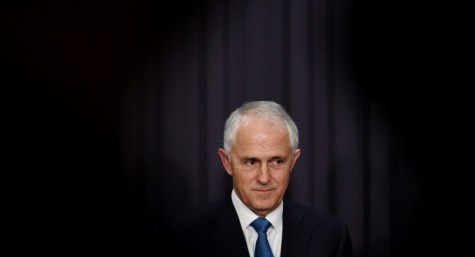 Rundle: 18C is a corny dramedy at this point 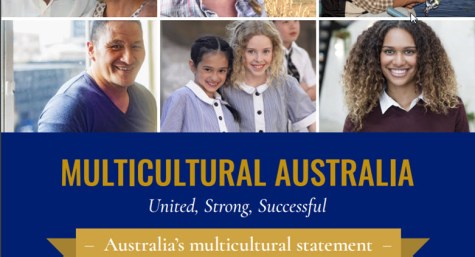 Sorry, Malcolm, but multicultural Australia is not ‘united, strong, successful’

“Someone has to do it.” What more need be said? Certainly, those/him/her responsible for the appointment were deeply impressed with Mr Tan’s prescience . . .

I hope his guy is more than a tokenistic figure. One thing I’m curious about is the use of the term “Malaysian-Chinese” in this article. In the USA they usually prefer terms like “Chinese American” or “Korean American” or “Afro American” for that matter. Is it more appropriate for Australian citizens with a foreign background to be referred to as “Australian xxxxxx” or “xxxxxx Australian”? This may seem pedantic but I think it could be worth discussing. Any suggestions?

I think it’s because this is the moniker the people of Malaysian/Chinese origin prefer to be known by in Oz. As opposed to e.g. Singapore/Chinese, Hong Kong/Chinese, Indonesian/Chinese etc.
They believe they hold different ideals to those born in other jurisdictions and that their opinions have been shaped by the country they were brought up in. They see themselves as very different to Mainland Chinese for sure.

I agree with birdbrain. And it did say of Malaysian-Chinese ORIGIN.
And whatever is preferred in the US is not necessarily something we should adopt.

I was not so much interested in whether or not we use a – or an / or just a space. It was rather the sequences of the words. For example I think there is a difference between say Korean/American and American/Korean. Either is fine but I do think the first sequence COULD imply the person is or wants to be regarded more as an American with a Korean background while the second COULD imply that the person wants to be regarded as a Korean with an American background.
If so, it could be more tactful for someone with a Chinese heritage from Malaysia who wants to identify him/herself as a multiculturalist to use the form Chinese/Malaysian rather than Malaysian/Chinese. I know this sequence is not common in either Malaysia or Singapore but it does appear to be more common in Indonesia. I doubt most people here would notice the difference but given the current situation in Australia, it may be worth considering.

What a heap of rubbish you are talking!

I just want to know if this man has the guts and determination to carry out his job in a humane manner. Not according to LNP policies.

What would you expect from a Porter nomination? Porter gets Kudos for appointing a man with Malaysian/Chinese background, thereby, on the surface, showing the electorate he, Porter, is not a racist himself.

He appoints a man who is clearly not at all interested in “rocking the boat” with unpalatable truths about racism in Australia; who is probably hoping to take another tilt at being successfully – this time – pre-selected for a Liberal seat in the Victorian Parliament once he has served a forelock tugging role as the new Race Discrimination Commissioner.

He’s been given the Murdoch tick of approval by the Australian.

Yerp. But maybe they’ll run him as an “independant”

““Someone has to do it,” he said.”
Or as Tony Abbott might say “shit happens”.

““Someone has to do it,” he said.”
Or as Tony Abbott might say “shit happens”.