Both games had every reason to be blockbusters, but they rated worse than we've seen in recent memory. Are networks overpaying for the telecasting rights?

Grand final TV audiences for the AFL and NRL over the weekend dropped to their lowest in a decade. Judging by the continuing decline in both grand final audiences since 2008, it’s now clear that Seven, Nine and Fox Sports/Foxtel have overpaid for their telecasting rights. 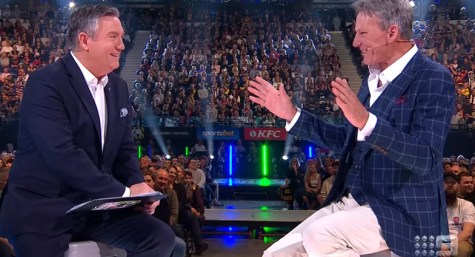 While the West Coast Eagles won the flag in a tight match against Collingwood on Saturday, viewers failed to support it — the audience size on Seven was the lowest since 2008, when 3.25 million viewers watched nationally. In 2017, 3.54 million watched Richmond’s win against Adelaide Crows.

The biggest audience was for the Swans win over the Weagles in 2005, when 4.45 million people watched nationally — with the biggest metro audience of 3.39 million. The biggest regional audience was in 2003, when 1.23 million watched Brisbane beat Collingwood. The Melbourne audience on Saturday was 1.25 million, the lowest for three years. The Perth audience on Saturday was 471,000, which was the highest since 503,000 watched Fremantle lose to Hawthorn in 2013. The highest ever is 511,000 in 2005.

Sydney Roosters’ win over Melbourne Storm last night delivered the lowest NRL grand final ratings since 2008 as well — when 3.05 million viewers tuned in (2.05 million in the metros and 996,000 in the regions). That game was between Melbourne and Manly (the latter of whom won).

The Sydney audience fell under 1 million last night to 895,000, even though the grand final featured a team from the city. That was the third-lowest since the modern system of ratings meters started in 2001. The all-time low of 806,000 was in 2017. The highest was in 2005 when the mighty Wests Tigers beat the North Queensland Cowboys with 2.56 million watching in the metros and a huge 1.54 million watching in regional areas.

Although the absence of a Queensland team in the NRL hurt the audience size, it’s difficult for the networks and two codes to argue these figures entirely depend on which teams are in the final game — it’s the trend that matters. 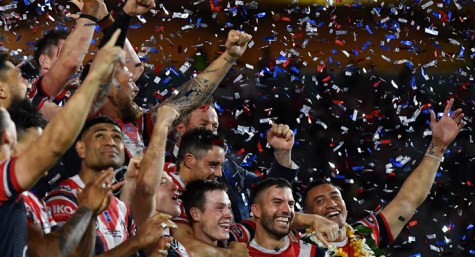 Isn’t this true of all television ratings? To some extent just reflects that people can watch these things through other avenues, including online streaming. Live sport isn’t declining at the same rate as other television ratings and is this still very valuable… whether it is an overpay depends on what ad rates the network is able to charge, surely.

For what it’s worth, the AFL Grand Final has been pretty dreadful for neutrals for a while unless you were seriously into the “fairytale” of the Doggie fluking a premiership or of Richmond finally winning one after being a punchline for the best part of 20 years – I think the evidence suggests most neutral fans did NOT care about these things – and this was easily the best Grand Final to watch for neutrals since the Sydney-West Coast grand finals and (unless you really hate draws) the Collingwood-St Kilda draw. It might lead to a slight bounce next year as neutrals who’d given up on actually watching the thing come back (ratings are so often a lagging indicator of quality!). We’ll see in 12 months

I’m amazed that professional sports, particular the 2 big “football” codes, get the viewers they do.