As long as Mitch Fifield has his job, and the current board is appointed by him, there will be a clear view to minimise the ABC.

With last week’s spectacular departure of Justin Milne and Michelle Guthrie, the previously unknown ABC board is now the all-but exclusive creation of one man — the Institute of Public Affairs-aligned Senator Mitch Fifield.

The entire board has turned over since he became minister in 2015, giving his appointees the numbers on the board until after the 2022 federal election.

His appointees have been largely hand-picked from that professional cadre of business executives, by-passing the merit-based appointment panel process set up by the former Labor government. With the removal of the Turnbull friend Justin Milne, it’s Fifield’s board.

The board has ended up with more authority and power in the ABC wars than ever before — and at the worst possible time for the organisation. 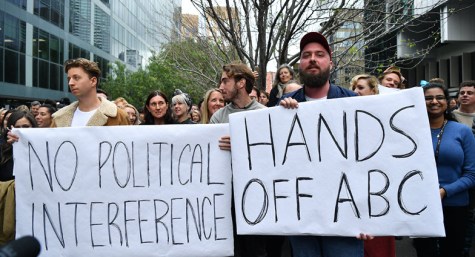 Who fired Michelle Guthrie? A brief look at the ABC board.

This board of ministerial mates, most with no knowledge of the media will be guiding the ABC through the minefield laid by this minister: the budget cuts, the Tonagh “efficiency” review, the government’s “competitive neutrality” review and, now, the departmental review into political interference.

Applying the “watch what they do, not what they say” rule, these “reviews” are about shaping a minimalist vision for the ABC — one that sees it privatised in part or by function, at best reduced to serving the gaps left by commercial media market failure.

Contrary to this view has been the embrace of digital disruption by successive to position the ABC as the media player that guarantees an enduring Australian voice, championed by MDs Scott and Guthrie and successive chairs Spigelman and Milne.

The falling out between Guthrie and Milne, was not about where the ABC should be, but about how it should get there. Milne had a grand technological vision — Project Jetstream, sort of a super Netflix, funded by a generous one-off grant.

Guthrie had a people-centred vision, seeking to rebuild the ABC as an “agile” organisation, Silicon Valley-style, to make it lean and human-facing, an organisation that could adapt and pivot on the run. Practically, this meant implementing a substantial corporate restructure and management flattening and leaving program makers to make programs. 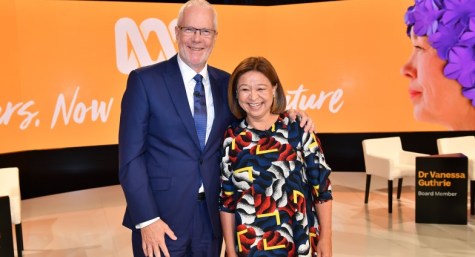 The problem with Milne’s strategy is that it depended on Canberra writing the cheque. His plan was to win that cheque by pandering to the Canberra 24-7 complaints machine. His error was to express it in careless emails after “two glasses of red” and phone calls as sacking and shooting prominent journalists.

The problem with Guthrie’s plan was that it crashed into a third vision: ABC staff who hold themselves as the torch bearers of the ABC traditions. In the face of those traditions, she spoke Google, not ABC. In Google’s Silicon Valley, there are no dumb questions — asking dumb questions teases out different thinking. It’s considered a virtue.

In the ABC, they were simply considered dumb.

She compounded that by replacing Scott’s deft touch with the hero-gram with the Larry cards. Turns out the wrong way to say “thanks” can cost you your job.

An unlikely advocate for industrial democracy, Milne was able to claim that her dismissal was essential because she’d lost the support of ABC staff. A handful of senior staff were a touch too preening in taking credit. In truth — as his emails later showed — the Milne claim had as much credibility as Trump’s assertion that he sacked James Comey because of the FBI’s treatment of Hillary Clinton.

Acting MD David Anderson has pitched himself as the candidate of stability, of the ABC traditions. It’s the positioning of the last acting MD (and last internal appointee) who stepped up to the permanent job — Russell Balding who replaced the un-lamented Johnathon Shier.

Anderson will be dishing up a reheated Guthrie strategy, made a touch more digestible for staff.

The attempted political interventions won’t go away. Fifield’s regular letters of complaint will continue to be processed through the exhausting complaints process, replacing Turnbull’s “will no-one rid me of this meddlesome priest?” style phone calls.

And the Fifield board will be managing the answers to the questions that the Fifield reviews will be asking them. 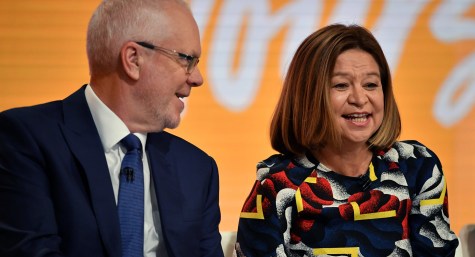 “As long as Mitch Fifield has his job, and the current board is appointed by him, there will be a clear view to minimize the ABC.”

What more needs be said?

Other than an earlier election be called asap. For in the interim parliamentary democracy exists only in name. No accountability; no transparency; and an utterly fractured representative collective focussed solely upon individual survival.

Great article, think my heart is breaking for Australia. My, hasn’t it been a long and determined assault

Fifield: the fox in charge of the henhouse? The Inept Poisonous Agglomeration and Newscorpse are having a field day.

snitch cornfield might feel the roth of many come election day, here`s hoping.