ABC chairman Justin Milne allegedly tried firing political editor Andrew Probyn after receiving a furious phone call from then-prime minister Malcolm Turnbull in June. This news comes a day after allegations of a similar move by Milne against Emma Alberici in May.

The Daily Telegraph ($) reports that Milne allegedly disregarded warnings from then-managing director Michelle Guthrie against firing Probyn because of Turnbull’s complaints. In a version of the incident Guthrie emailed to board members last week, Milne warned that she was “putting the future of the ABC at risk” and jeopardising “half a billion dollars” in funding for his digitisation scheme, Project Jetstream. Turnbull had allegedly called to complain against Probyn’s “Super Saturday” comments and, speaking outside the UN overnight, has since reiterated criticism but denied calling for anyone to be fired.

Milne has thus far rejected calls to stand down and, in the most detailed response to criticism to date, has defended his workload across multiple boards ($).

Supporters of federal Labor MP Emma Husar believe she is reconsidering her decision to resign at the next election, after an internal Labor review found there was no basis for a resignation over bullying and harassment allegations.

According to The Australian ($), Husar has told supporters she “didn’t want to lose her job” and has an opportunity to apply now that, thanks in part to a reported lack of well-known candidates, the New South Wales ALP has extended a deadline for expressions of interests in her seat. The Sydney Morning Herald also reports that members of the Left faction are pushing for retiring Senator Doug Cameron to replace Husar.

In an almost unheard-of case for a company arguing for its taxation, Airbnb has called on the Queensland state government to introduce a so-called “bed tax” for short-term accommodation.

The Brisbane Times reports that, while the Labor government, LNP opposition and tourism groups have all rejected the proposal, Airbnb wants a 5% tax to ease the infrastructure burden on local councils inundated with tourism costs.

There was a time in the media where there was a sense of solidarity and camaraderie between organisations and between individual journalists. When News Corp decided to *go* for the ABC, and started obsessing about the ABC, and exaggerating criticism, and so many of their journalists signed up, the result of that was that emboldened the government to go after the ABC, and they went after them because they felt they had a big news organisations behind them, in their corner. And so I think that’s what encouraged the government to behave as it has.

The Insiders host lets fly on The Project.

“If the issue of whether Michelle Guthrie was suitable for the job of ABC managing director was open to debate — a debate eventually resolved by the ABC board in the negative — there is no such confusion about whether chair Justin Milne is suitable for his job. He manifestly isn’t, and must go, and quickly, before any further damage to the ABC’s independence is done.”

The death of the ‘safe Liberal seat’William Bowe

“After all the trouble the party went through recently in the name of restoring favour with its ‘base’, it’s curious that the Liberal Party should have emerged from its leadership crisis with question marks hanging over some of its most historically loyal seats.”

The ballad of Ken WyattCharlie Lewis

“In the maelstrom that followed the axing of Malcolm Turnbull, we heard that Aged Care Minister Ken Wyatt was considering a defection to Labor. It’s something he has strenuously denied… But if, as those who broke the story insist, it’s true — who could blame him? Crikey struggles to recall an Australian politician (aside from the last four prime ministers, of course) more consistently dicked about by their own party than Wyatt.”

Catholic school numbers to stagnate over next decade

Adopt quotas for female MPs or face extinction, Hewson tells Libs — John Hewson (Sydney Morning Herald): “It is time to be blunt about the numbers of Liberal women in Parliament. With the ALP at 46 per cent and rising, and the LNP at 25 per cent and falling, this is not just a challenge for the party, but is probably fundamental to its longer-term survival.”

It’s clear: ABC chairman Justin Milne should be sacked ($) — Andrew Bolt (Herald Sun): “Remember, it stinks that Milne was made chairman in the first place. He had minimal experience in the media, yet was given the plum ABC job at the urgent insistence of his friend Turnbull, for whom he’d worked at internet service provider Ozemail, helping to make Turnbull rich. That, to me, already made him seem a compromised chairman, rather than the fearlessly independent one of an independent national broadcaster.”

Ditching the Horne prize’s new guidelines was a mistake. Here’s why — Jack Latimore (The Guardian): “Monday’s commotion over the submission criteria for this year’s edition of a lucrative essay award, the Horne prize, was an amusing spectacle to observe for many First Nations writers and very likely numerous other wordsmiths from marginalised communities.” 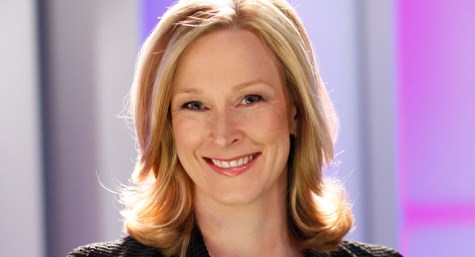 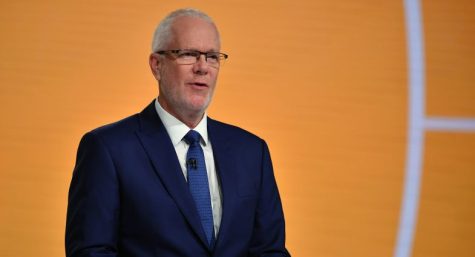