Justin Milne's demand for the sacking of Emma Alberici is an unforgivable breach of the ABC's independence. He must resign, and quickly.

If the issue of whether Michelle Guthrie was suitable for the job of ABC managing director was open to debate — a debate eventually resolved by the ABC board in the negative — there is no such confusion about whether chair Justin Milne is suitable for his job. He manifestly isn’t, and must go, and quickly, before any further damage to the ABC’s independence is done.

The email in which Milne, a friend and former business partner of Malcolm Turnbull, demands of Guthrie the sacking of journalist Emma Alberici — because the Turnbull government MPs “hate her”, that the ABC is “tarred with her brush. I think it’s simple. Get rid of her.” — is the most significant ABC board leak in decades and unprecedented in terms of the intervention of politically appointed board members in the operation of the ABC.

Even when the board was stacked with Liberal and Labor MPs and powerbrokers, right-wing columnists and ideologues, there was never any suggestion of direct interference to demand the sacking of journalists that had displeased one side of politics.

As Crikey first noted in May, Milne’s refusal to defend the ABC against the government’s relentless attacks — constant reviews, funding cuts, vexatious complaints — was in stark contrast to another chairman, Donald McDonald, appointed by another Liberal prime minister, John Howard. McDonald refused to let his conservative politics and friendship with Howard get in the way of his steadfast defence of the ABC against attacks by the Howard government. McDonald understood that his role as chair was to defend the broadcaster in the face of a storm of vexatious attacks on the ABC’s Iraq War coverage by Howard government ministers.

Milne, plainly, has no such understanding that that is a core part of his role as chair. Milne — who when appointed had no background in broadcasting or journalism — seems to believe his role as chair is to echo the views of his friend, and his friend’s government, within the ABC boardroom, and to encourage the managing director to carry out the wishes of the government. It is not merely a profound and unforgivable breach of the independence of the ABC but an apparent breach of the board’s statutory duty “to maintain the independence and integrity of the Corporation”. 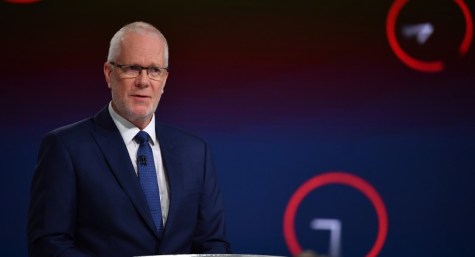 Milne cannot be sacked, except in extraordinary circumstances. But the rest of the ABC board can place great pressure on him by passing a vote of no confidence in his chairmanship. In the event of such a vote, Milne will have little alternative but to resign. It is crucial that he do so; the relentless attacks by the Liberal Party on the ABC have weakened it and led to a cowed broadcaster too ready to pander to an incompetent and deeply divided government.

ABC executives have enabled that process of enfeeblement — and none more so than Guthrie, who failed to back Alberici at a Senate estimates hearing. Milne may well have been talking to an MD entirely sympathetic to the idea of “getting rid” of Alberici, who had upset the Liberals by exposing some of the basic flaws in their now-abandoned company tax cut proposal. But that does nothing to minimise his unprecedented failure.

Milne’s resignation will mean the government will appoint a new chair. It is possible it may repeat the dose and appoint someone equally uncommitted to defending the ABC’s independence. But a start must be made on restoring the independence of the ABC, and that cannot happen until Justin Milne is gone. 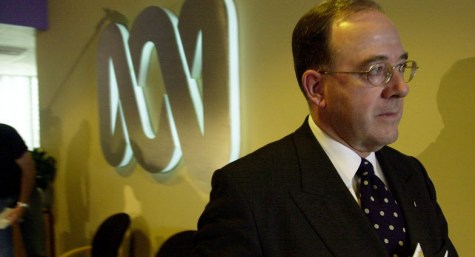 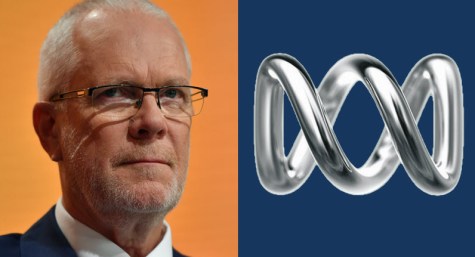 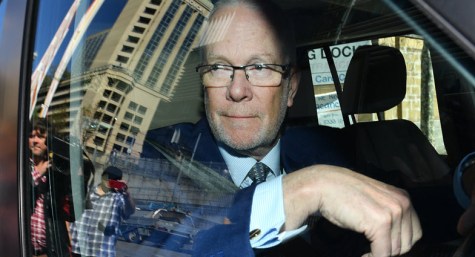 Get rid of him.

Government needs to be calling for his resignation too.

This is a red line. It can’t be just another conservative act of bastardry that most of the media forgets after a week. Stuart Robert is not only still in Parliament but is a Minister again; Sussan Ley is a Minister again, and nobody says boo about it. Milne can’t be allowed to ride this out until the media cycle finds a new thing to look at.

This is what the internal memo to ABC Board Members should say:

“We are tarred with Milne’s brush. I think it’s simple. Get rid of him. We need to save the ABC – not Milne. The longer he remains, the worse it looks for the Government.”

Mlilne is just a coalition lackey and shorten must romove him as soon as he`s elected.

I have never figured out why the lollies go to such lengths to bully the ABC. When they have something unfavourable published they could just make a statement disagreeing – they have access to tv, radio & the press plus hundreds of media advisors to write the denials. By making such an issue the original article just gets more attention rather than being a one-day issue that most people would never hear about.
My conclusion is they act like bullies because they can, same as they can bully the members of their own party.

Politicians go far beyond bullying. They live in a world in which the norms are power, greed, selfishness, money, influence, entitlement, hypocrisy, hubris, lies, back biting, back-stabbing, payback, stupidity, anger, hate and much much more. Including, of course, brazen denials that the norms exists.

Yes, all this fuss over one article. I wouldn’t have read it had it not been so publicly contested.