Trying to understand the humanitarian disaster in Yemen

A report from a UN delegation to Yemen found that atrocities on both sides of the Yemeni civil war continue to mount. But, as one member of the delegation found, it's hard to express the full measure of the tragedy.

“I don’t want to live any more,” said the man standing in the rubble of his destroyed home. His teenage daughter beside him burst into tears and her younger sister looked up at their father in confusion. The airstrike, in the UNESCO World heritage old city of Sana’a, had come without warning in the middle of the night, killing all other members of the family and leaving the surviving members homeless. They had no connection to any of the warring parties to the complex conflict in Yemen, but were among its tens of thousands of civilian victims.

“What is his name?” I asked a mother sitting on a bed at the hospital in Sana’a next to her emaciated child. “Her name is Amal,” the mother corrected softly. “It means hope.” Heartbreakingly, this tiny girl is among the eight and a half million Yemenis on the brink of famine arising from the severe naval and air restrictions placed on Yemen by the Saudi-led coalition. 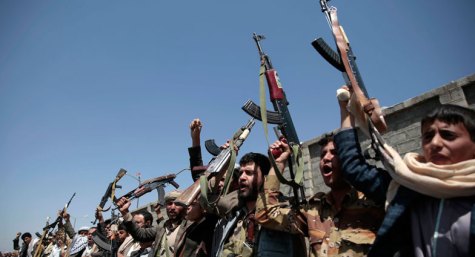 “Please help us to find our sons and husbands,” pleaded members of the Abductees’ Mothers Association, describing the arrest and disappearances of their loved ones. One mother recounted having received her son’s lifeless, tortured body back, without explanation, after his disappearance two years earlier. The mothers have been bravely holding public demonstrations in Sana’a and Aden to demand answers, to demand due process and justice from parties to the conflict. These pleas have not only fallen on deaf ears — worse, they have led to violence, threats and intimidation from authorities.

Among those detained in Yemen by both sides of the conflict are journalists and human rights defenders for having the temerity to report the truth or express an opinion. In the north of the country, practitioners of the Baha’i faith have been targeted by the Houthis — the rebel militant group forming part of one side of the civil war. One Baha’i leader was sentenced to death earlier this year after a trial that neither he nor his family were allowed to attend. In the south, consistent reports have emerged of serious human rights violations in detention facilities controlled by the UAE, including large scale sexual violence.

Women and children in Yemen are particularly vulnerable, due to displacement, poverty and an atmosphere of indiscriminate violence. Children have been recruited by both sides to participate in the conflict.

The conflict in Yemen, now in its fourth year, is a man-made disaster that has devastated the country’s health and water infrastructure and resulted in the deaths and maiming of countless people. Yet, the world’s worst humanitarian crisis is also one of the world’s most neglected. The coalition’s air blockade of Sana’a international airport and the prohibition of international journalists and human rights organisations travelling on UN flights to Sana’a has contributed to the news vacuum.

At the end of August, the UN-appointed Group of Eminent Experts released the report of an investigation, which found that serious human rights violations and war crimes had been committed by all sides of the conflict in Yemen. The report noted little attempt by the parties to minimise civilian casualties.

Among its recommendations, the report called upon the international community to refrain from providing weapons that could be used in the Yemen conflict. It is the very least the world can do to prevent the further suffering of tens of millions of innocent Yemeni people.

The group’s report will be considered by the UN Human Rights Council later this month.

This piece has previously been published in the West Australian and John Menadue’s Pears and Irritations.

Melissa Parke was appointed by the UN High Commissioner for Human Rights in December 2017 as a member of the Group of Eminent Experts on Yemen. 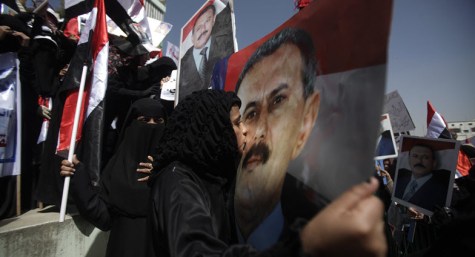 If you are trying to understand the situation in Yemen, Melissa, what you have written is of no value at all. To begin with there is a history of the place. The unification between North (i.e. North West) and South (read East) Yemen occurred almost 30 years ago. Keeping it short (as I can) the predominantly Sunni and more populous northern regions came to dominate the South. Most (all?) of the Shia also lived in the North and comprise about 40% of the population. This trend to domination was by no means unanticipated; least of all by the CIA.

In a paragraph, the situation can be explained by noting that Hadi, who was elected, is Sunni and is from the East/South. For the “rebels” of the North-West that event was sufficient to “prove” that the Shi’a were being “displaced” and losing political advantages. The former President Saleh was from the North and favoured the North. This state of affairs suited the Houthis just fine (who were more or less kept in line) and it ticked along for 20+ years. The Houthis are endeavouring to re-establish the former sate of affairs and Saudi Arabia + USA is supporting Hadi. Of course Iran is being accused (rightly or wrongly) of assisting the Shia minority and, in the main, the Houthis.

Both North and South Yemen were poverty-stricken countries 50 years ago and little had changed to 1990. As to what could have been achieved (unification is NOT the correct word) by the changes in 1990, I (for one) haven’t a clue.

As to various points made in the article the Indians in Fiji (1988 etc) along with the Lebanese in the 70s plus the Palestinians plus former Yugoslavia plus the Irish plus any number of people back to the Crusades have all experienced the destruction of houses and livelihood.

As to what is intended as a “man-made disaster” I can’t imagine. Maggie pointed out that “society doesn’t exist”. So – the point of your article is/was … ?

There y’go with facty fings again.
It’s all about the emoting, not thinking.

I became a bit flustered a week or two ago because I mistook the authorship of a freelancer for the authorship of a Crikey principal. On the one hand I can accept some benefit in publishing ning-nong articles if only to illustrate (if proof were required)
just how sections of the community think (or rather don’t think).

The article from the girl in question (here) adds nothing to what is available in a plethora of publications that are available on-line and the article certainly does not address the question (as put).

A short time ago, with reference to the article by Ms Razer, yesterday, I quoted from McIntyre (on the subject of Post Truth by MIT press) that emoting (as you put it) “is assuming more weight than evidence” (or thinking) as you put it

“It is a very practical religion and has little tolerance for what might pass as mysticism.”
This is an accurate description of Wahhabi/ Salafist Islam, but surely not of Taṣawwuf orders?