Welcome to Side View -- a curated guide to new and overlooked content on politics, policy, and public affairs. This week: high-speed Geiger counters, Wendell Willkie, and when the answer is "no I'm not OK".

The “decade since the GFC” pieces that have proliferated of late have been, overall, fairly mediocre. There’s plenty on the high drama of 2008 as Wall Street giants trembled and, in some cases, fell, but precious little quality analysis of the outcomes.

Matt Taibbi’s essay in Rolling Stone was an exception. As was this piece, from CNN’s Lydia DePillis, on how the US has failed to learn from the crisis and how the country is still badly economically scarred. Locally, Wayne Swan — who with Kevin Rudd and the Treasury and Reserve Bank leadership prevented Australia from succumbing to recession — made some excellent points for us at Crikey. And from the UK, a new book on how routine financial crises actually are.

WHO YA GONNA CALL?

Noted doxxer and Cities Minister Alan Tudge has lately styled himself “congestion buster” in his new portfolio. It’s an odd image given congestion is more like a clogged artery that is only amenable to lifestyle change and difficult choices, rather than being dynamited. The most efficacious lifestyle change, as we’ve long known, is road pricing.

The government promised a major inquiry into the idea in 2016 but, alas just hasn’t got around to starting yet. Luckily a new book on the issue in Australia has come out, with contributions from experts like veteran Transport/Infrastructure secretary Mike Mrdak.

Road pricing is the sort of idea that reflexively appeals to the left but in fact began life on the right, with Milton Friedman an early advocate (he suggested making roads radioactive and attaching Geiger counters to cars, and no I did not make that up). The idea continues to receive support from libertarians today, but ride-sharing apps have harmed the viability of the idea and indeed of other solutions to congestion as well.

Stefan Zweig has enjoyed a 21st century return to fame in recent years. The Viennese author was one of the best known writers in the world between the wars, but vanished from consciousness after his suicide in 1942, before once again being read and translated. His work went on to inspire Wes Anderson’s Grand Budapest Hotel. 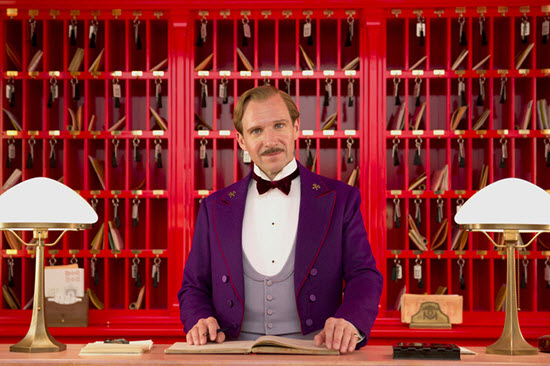 Does he deserve such posthumous success, though? Back in 2010, Michael Hofmann decided to dig Zweig up and put him on trial for crimes against literature in an extended attack on his “abundant, facile and unhindered lifelong logorrhoea”. Probably the only hatchet job where someone’s suicide note is criticised for tedium, Hofmann’s diatribe will ensure you’ll never walk up the Kapuzinerberg the same way again.

LEADERS OF THE FREE WORLD

You’ll be comforted to know it’s actually very easy for a US president to launch a nuclear strike without consulting anyone, and for that we can partly thank Barack Obama. But cheer up! How about a US Republican presidential candidate who sacrificed his own campaign for the national — and global — interest at a time of profound crisis? Meet the now-forgotten Wendell Willkie, a different kind of outsider who took over the GOP.

Elsewhere, American Conservative — home of some of the best conservative US journalism at the moment — takes on the “cult” of US global leadership.

Theoretically speaking, Los Angeles should be submerged beneath a sea of mud. For Nautilus, Justin Nobel explores why it isn’t. Elsewhere, an important piece of undercover journalism exposed the Israel lobby’s lies and spying on Americans — so why did Al Jazeera kill it? Also, a new collection of essays probes Islam’s relations with Western human rights discourses.

I see a certain kind of resistance to R U OK? Day now that it’s become entrenched as the sort of thing politicians now promote, but that hasn’t stopped ongoing commentary. This year, Elizabeth Saunders asked: what happens when the answer is “I’m not OK”? Asher Wolf continued her harrowing but must-read account of her journey through our health system. And from Perth, Stephanie Lai explored the city’s terrible design history and the effects this has on climate and lifestyle.

The sort of idea that demonstrates why generalising about “the left” is so often pointless, too. Also, someone better tell Joe “poor people don’t have cars or drive very far” Hockey.

Road pricing appeals to the sort of Green left who put reducing car emissions as top priority overiding all else.

Road pricing is abhorrent to the parts of the left focussed on the welfare of the working class who understand people need to be able to drive for their jobs, the cost of housing often shifts such people further out and makes them spend more time and money commuting than someone who can afford housing in a nicer area (one of those hidden costs of being poorer), and that increasing the costs of driving and petrol are basically a tax on poor people; if it reduces emissions it is by making driving (and thus perhaps a job or a place to live) uneconomic for poor people, because the wealthy can just absorb the extra costs without changing behaviour.

“You know what will be an even bigger tax on poor people? Climate change flooding their houses” says the Green Left. And I mean, they’re not WRONG, but there’s got to be a better way to reduce emissions than by measures which are hardest on the poor, at least in the view of this Working Class Left sort of person.

At least we’re all agreed that Joe Hockey and his proposed increase in fuel excise was pure humbug aimed at raising money off working people rather than having any kind of environmental goal or proper economics behind it.

We’d all be far better off if the Obama administration had simply read everything he wrote and taken it as their guiding light. I think I said this in the comments on the Wayne Swan piece too, but the Obama administration’s response to the GFC will go down as their greatest failure (the other candidate for greastest failure is the appalling waste of political capital dithering fo overr a year before finally pushing through Obamacare – Obama came into office with a 67% approval rating and only 13% disapproving and still held a 60% approval rating 6 months later. By the time Obamacare passed 15 months into Obama’s term it was below 50%, and Obama had used that huge early approval rating to achieve absolutely zero other than make noises about reaching across the aisle to people who were openly implacably opposed to everything he did).

Obviously Obama was not in power at the moment of the Lehman Bros collapse (a cherry on top of the Dubya Bush sundae of incompetence), but his government were the ones in a position to lead the governmental response and investigative response for 8 years. Can’t dodge that one.

Just because it happened to day, when someone Toohey did it in the Advertiser but I possibly heard similar garbage on ABC radio?.. (not too sure what channel it was on but its usually ABC)… so begins the slandering of the MH370 pilot. I hope Australians can still think. Because I read & heard NOTHING that would lead me to think this person was dangerously unstable. He had grown concerned about the loss of Democracy in Malaysia, & the increasing identification of Government with BIG Business/ Corporate interests. And he was brave enough to ‘rant’ about it on relevant facebook pages. And he urged others to rebel too… oh, yeah, and he told a young girl she was beautiful quite a few times. On facebook.
This slandering, like that against Julian Assange asks us to forget all we know about human beings. How likely is it that a person who spent/ risked his life working out the best way to ensure a brighter future was by ensuring we at least had access to information on the way Big Money was screwing us all over… Is it likely the MH370 pilot, concerned about the loss of Democracy , freedom and rights in his country, would murder a planeload of strangers? Qui Bono? Dare I suggest getting rid of a pesky outspoken pilot might suit narcissist- CEOs more than murdering strangers would strike a blow for Democracy ?