The Liberal Party, the single most successful stable electoral party in Australia’s history, may really be coming apart. Who will build something new in its place?

Apparently there was no one there a decade or so ago when one of the 12 Apostles rock formations suddenly cracked, broke and collapsed into the sea. Imagine if you had been. You would not have believed your eyes, for a moment or two. Then, when you were convinced it was real, you would have been struck by the enigma of occurrence — something remains in a steady state for decades, and then there is “the event”, and the before and after of it are radically different. There was a rock standing tall, then there was not. Weird.

Thus, to the Wentworth byelection. Some political pundits have so much hope for radical shifts, drama, transformation — this writer included — that we have to remind ourselves that continuity is the norm (the mainstream press gallery, by contrast, desperately hope that nothing will change, and ignore it when it patently does). Party-political wise, we are mid-range volatile in the anglosphere. The US system has not changed since 1860, and the UK system has had one serious change — the Liberal-Labour switch — in 1924. We have had two completely different histories: pre-WWII, in which there was no stable party system to speak of, and after, in which significant party shift was confine to the Senate. The emergence of lower house Greens and independents with king-making powers looked like a bit of historical throat-clearing.

Now, it may well be a rumble in the rocks, and we have to remind ourselves that history actually happens. The Liberal Party, the single most successful stable electoral party in Australia’s history, may really be coming apart. Kerryn Phelps’ challenge in the Wentworth byelection — with a full campaign rolling out, hours after Phelps announced that after much consideration etc etc — could be the harbinger of an Australian spring. Not a gonzo, coalition-of-opposites or millionaire-meme raid campaign, but a recognisable liberal challenging the Liberals, with victory or loss depending very much on the quality of the campaign and the candidate.

That Wentworth is now threatened is a product both of the political shifts within the party, and the class shifts underneath. As your correspondent has noted, the right wing crack-up has been coming for years, because the contradiction between free market liberalism and the state enforcement of pre-1960s social values cannot be sustained indefinitely. The market is the great deconstructor, the great annihilator.

The market is one force that clears the space for social change. The obsessive desire of the cultural right to blame the 1960s and the elites for cultural shifts has blinded them to how effectively they have cleared the ground for radical change. They’ve been misled by the decade or so of the ’80s when, in Reagan-Thatcherism, the free market/social conservative fusion could stably exist.

The more you extend the idea that life is a series of contractual arrangements between individuals, the more people write their own contracts — around patriotism, sexuality, race/culture, religion and everything else. The inevitable result of that is that intelligent nine-year olds will not only decide that the national anthem is wrong, but crucially that they can draft their own contract of compliance in relationship to it. This is part of the same process whereby a scientific professional who is a prominent figure in the LGBTIQ community is standing outside the Liberal Party rather than for a moment considering joining the factional fight within it. The Mardi Gras has marched all the way to the top of Bellevue Hill.

What we need now is a dozen such prominent people who can win in places where the Greens can’t — or where they and the Greens could ensure that one of them has a good chance of getting up. Julian Burnside, Clover Moore, Larissa Behrendt, Rod Bower, Mike Carlton, Clementine Ford, and others with only a local profile — you may not want to run, but you gotta, and run to win. Both parties capable of government support the de facto torture of refugees and the indefinite continuation of the coal industry. There’s more… but that of itself would be enough.

We need liberal independents running not only in the seats of the Liberal right, but in the places — Higgins, Kooyong, Bennelong, Sturt — where personally decent people can be run against, in their capacity as Liberals.

Bakunin said, if you’re going to blow up a judge, make it an honest one, not a corrupt one, to show that you’re targeting the system not the individual. It’s the “liberals” who have made their peace with the deranged coal-client reactionaries in the party who need to have their careers ended. That way the party will either reform, or split in two. A network of independents, running autonomous campaigns, sharing information and resources, but with both local and general foci, could ace this.

This ratbag party is at its weakest point. Your duty is clear. You could aim a swift blow and bring the whole thing down. Or you could do less than history calls you to, and wait for it to crumble, as the children beg to die on our islands, and the planet is killed with taxpayers’ funds. Over to you, the new apostles.

Who would you like to see run? Let us know at boss@crikey.com.au. 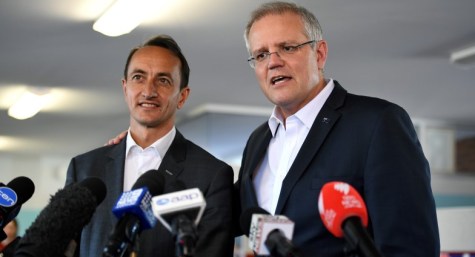 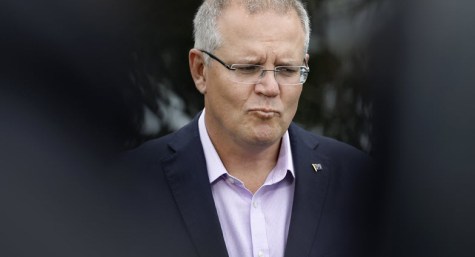 Morrison’s reaction to Wentworth loss was worse than the result 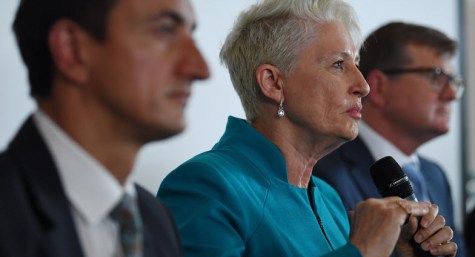 I got as far as the nonsense about the Greens and realised I was reading the pleadings of a zealot.

It’s a bit nuts, and also veers violently between endorsing the idea of centrist independents like Kerryn Phelps running to split the Liberal Party – OK – and refugee activists running to “win where the Greens can’t” as if there’s people lining up to vote for Clementine Ford who wouldn’t vote Green.

yes, been saying this for a while, we need Progressive Independents to stand, in the Senate to take the Crossbench (too easy) and in the House, where there is an opening ..

and because time is of the essence, go straight to the already high profiles online, like Julian Burnside etc, all those you have named and more .. instant recognition at the polling booth, this can be done

Progressive Celebrities (is there any other kind?) do not have to form a Party, they can campaign online for free, and old media will boost them for nothing because clickbait

and they could form an election campaign think-tank, as Australian Progressive Independents or #API .. the polar opposite of #IPA

Love your work Guy. And I wonder if we could kick off a movement of not voting for the coalition or labor and voting for local independents instead for the next election.

We’re kidding ourselves if we think Labor will fix this. And while there is the tendency to feel powerless, en masse we have power. And if we could swamp parliament with a load of independents, it would move the system towards being genuinely representative, decentralised and collaborative. Given it doesn’t break down to a binary of the them-and-us mud slinging and student politics of the existing political caste, and lends itself to nuance (maybe even systems thinking)… I think it could work.

Imagine local members having to stand up in parliament and having to speak for or against motions with only their local constituents and the larger community in mind. Not the big end of town, and certainly not the mining magnates.

To actually build an a-political campaign and movement around voting Independent could be an amazing way to make a real difference. It’s worth a stab #VoteIndie #AnythingButTheBigTwo

“I wonder if we could kick off a movement of not voting for the coalition or labor and voting for local independents instead for the next election.”

I’ve been voting that way for an election or two. Check their policies and vote for how you want things to go, most indies will preference one of the four bigger parties (Liberal, National, Labor or Greens), but the bigger ones will take notice and the more folks that do it, the more likely independent representation will come back to the system.

Phelps will vote with the Libs, so how will this help?

I thought that until she said among her top three priorities were addressing climate change in a meaningful way and getting the asylum seekers and refugees off Nauru and Manus. I’d like to hear more but I like the way she started.

You don’t start a career in politics by abrogating your responsibilities…Which is what a promise to never block supply is.
All of the other pseudo Liberals have done likewise.

Will she? She’s urging people to put the Libs last.

You beat me to it, Arky…I read/heard the same thing.
Funny kind of ‘Liberal’ independent, if she wants to put the Lieberals last!!