The road not taken: reflections on the global financial crisis

History will conclude that the critics of Labor’s GFC response 10 years ago were hopelessly wrong. By avoiding a sudden, deep recession, Australia also avoided testing out what its effect may have been on our democratic system.

It’s one of the great ironies of recent history that possibly the biggest beneficiary of the economic policies I led as treasurer during the global financial crisis has been the Coalition.

Why? Because Australia’s avoidance of recession gave the Coalition the ability to demonise deficit and debt, and camouflage their smash-and-grab assault on the social safety net. They never had to face the choice that Labor faced in 2008 and 2009 — between deficits or a recession with forecasts of 8.5% unemployment.

Our successful stimulus provided the political space for the Coalition to attack Labor’s so-called “tax-and-spend” policies and to justify their neoliberal economic experiment: tax cuts for the rich and for big businesses, deregulation for the powerful, the slashing of welfare payments for the most vulnerable, and wage suppression disguised as “wage flexibility” for everyone else.

But you’ll still hear members of the Coalition and the editorial writers in The Australian and The Australian Financial Review complaining about the Keynesian reflation strategies of those dangerous two years after 2008. We should have done nothing, they say, because China and the miners would have kept us growing — “a rising quarry to lift all boats” — wilfully ignoring that if every industry had shed as many jobs as the mining industry in the aftermath of the GFC, unemployment would have shot up to 19% in just six months.

What they also find convenient to ignore is the evidence of what would have happened had Labor not acted so comprehensively. That evidence can be found in America and Britain — exhibits A and B of the Coalition’s preferred response. In both cases the result was recession. The early withdrawal of stimulus in Britain and the inadequacy of stimulus in the United States condemned these countries to a slower recovery and to high levels of capital and skills destruction.

In exhibit A, it led to higher death rates for working-class white men after unemployment; loss of self-esteem, substance addictions and inadequate access to healthcare. All while the concentration of wealth at the top increased. And what does the history of the last century tell us about economic failure and the sudden acceleration of economic inequalities? It manifests itself in political change. Ugly, worrying, political change.

Recently I was able to host the trip to Australia of the American political journalist Thomas Frank. Frank looks back almost nostalgically to the America of his youth, when two mostly centrist political parties contested for the right to preside over America’s continuing post-war boom. Now he sees Donald Trump in the White House and a self-confessed socialist in Bernie Sanders as the main Democratic flag bearer, and can hardly believe it.

The cause as he sees it, and which I think is broadly correct, is that working-class and middle-class Americans watched with disbelief as the perpetrators of the Wall Street collapse were allowed to go unpunished, while the innocent lost their homes, jobs and self-esteem. Worse, the perpetrators have come out of it enriched. The resulting anger, Frank argues, was channelled into votes for the Trump insurgency by putting the blame onto others: African-Americans, Hispanics, liberal college professors and the liberal media. Unwilling to buck the Wall Street consensus, the mainstream Democratic Party was helpless.

In exhibit B, the result was not totally dissimilar. Presented with a referendum into which they could pour all their anger over austerity, Britons found foolish right-wing opportunists willing to make it a referendum on race, immigration and free speech — the usual right-wing populist litany that Trump had also used.

[Wayne Swan: we know how to stop Trumpism]

Here’s my point: history shows that the shock of sudden economic downturns produces political upheaval and the rise of populism. It was true in the 1930s and it’s true now. When recessions hit, the old solid parties of the centre-left find it hard to survive, or at least survive looking vaguely like the parties they once were. The list of Exhibits C to G might be: France, Italy, Spain, Hungary and Greece.

Now it’s true that Australia, before the global financial crisis, was never as economically and socially divided as the US and UK. Living standards had been rising steadily. Multiculturalism had been a success. The culture wars were not as grotesque. But by avoiding a sudden, deep recession, we also avoided testing out what its effect may have been on our democratic system.

It’s not difficult to imagine an alternative scenario. Indeed, our democratic system and our social harmony are right now being tested by right-wing populists directly inspired by Donald Trump and the Brexit campaign. Consider the continuing popularity of Pauline Hanson’s One Nation, the election of pro-gun fanatics like David Leyonhjelm, the outrageous remarks of Fraser Anning, the disgraceful attempts by Peter Dutton and others to play the race card on crime in Melbourne.

Who will forget the sight of Hanson toasting Trump’s election with champagne on the forecourt of Parliament House in Canberra? That’s because she saw him as a role model. To think Australia would have been immune from the further rise of this ugly nonsense in the wake of a deep recession after 2008 is simply naïve. This is the road not taken.

By instead taking the road of Keynesian reflationary policies, Australia avoided the American road and the British road and all the roads that now criss-cross Europe to economic inequality and political division.

History will conclude that the critics of Labor’s GFC response 10 years ago were hopelessly wrong, and that avoiding recession in the short term was the right road to take in the long term. 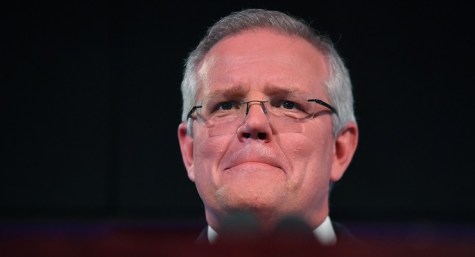 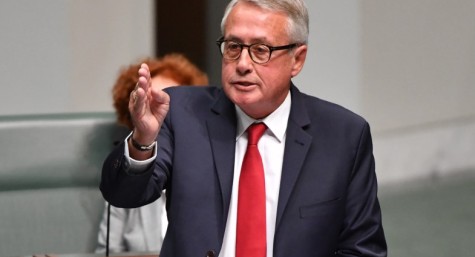 Nostalgianomics and the ongoing rewriting of economic history

Bravo Wayne, You have always been one of my true Labor hero’s even though I do not agree with everything you have said or done, I hope you stay in politcs and keep calling out the disgusting RWRN Neo Liberal LNP

We all know ‘You’ve never had it so good’ is political suicide. Yet our dodging of the GFC bullet comes close to making that statement true. Had Swannie followed the tory path we wouldn’t now be looking at 27 years without recession. I was lucky enough to travel overseas in the GFC aftermath – the effects on ordinary folks in Europe and the Americas were appalling – austerity, unemployment and gloom. This is something that Australians never really saw and, as the memory of recession gently floats away, it seems that nobody understands just how good the collective ‘we’ have it.

That’s not to ignore the immensely troubling social problems we face, but acknowledges that if we’d not had the right government in place in 2008, we’d probably still be dragging ourselves out of the mire.

Good on you Swannie – some of us remember.

This needs to be put out there more often. The Libs thought the GFC could be avoided by handing out more tax cuts to the rich, which was going to be more expensive than the Stimulus, & which would have taken longer to work itself through the economy (if at all, given the wealthy tend to squirrel away the extra money, not spend it).

Yes yes yes all true but why oh why were you, Wayne, and the Labor brains trust unable to market heavily and more effectively off the unarguably magnificent achievement of avoiding a recession…. is beggars belief to this day.

Not possible with an implacably “right Wing” media.
No Labour Govt. can ever do anything good, s’rools.

Wall to wall media telling everyone Labor bad Liberal greatest economic managers in the history of the world, pretty much.

Thanks Wayne. MSM won’t ever permit the real facts get in the way. Nor admit the disgraceful Labor Bad. LNP greed good, propaganda 101 that continues to this day.

Utterly agree with Peter. This and certain other matters seemed to have been completely beyond the capacity of the Labor governments of the day to articulate coherently to an electorate that was tottering on the edge of its expectant seat. How long did I wait for a senior staffer to arrange for Gillard or Swan to appear publicly on a forum where they could debate and destroy the Coalition’s warped version of events? A forum where what Swan has written in this article might have been stated clearly and confidently? We waited in vain…

I agree. I used to almost shout “Say something!” at the TV or newspapers when I saw the pathetic attacks from the other side. I think articulating and arguing for your policies had already gone out the window by than and has never returned.

Wayne Swan, you’ve never been given due credit for your handling of that debacle.
Instead of a blank cheque for the banks, you gave taxpayers a cheque for $900.
Politically breathtaking and economically brilliant.
Thank god the other mob weren’t in charge.