Can Alan Jones hope to soften his $3.7 million defamation blow?

Alan Jones will be looking for ways to lessen the impact of the $3.7 million defamation payout awarded against him. But even then, will he avoid getting into the same trouble in the future?

Like a dog returning to its vomit, Alan Jones could not let his vendetta against the Wagner brothers go.

On 32 occasions in 2014-2015, he dedicated much of his radio show to his belief that they had, a) caused the deaths of 12 people in Grantham during the devastating 2011 Queensland floods, and b) engaged in a wide-ranging conspiracy to cover up their culpability.

The Queensland Supreme Court yesterday ordered him, Sydney’s 2GB and Brisbane’s 4BC, to pay damages for his defamation of the four Wagner brothers, totalling $3.4 million plus interest — about $3.7 million all up. They will undoubtedly be ordered pay the costs of the whole case as well. With 23 days in court and a 344 -page judgment delivered by Justice Flanagan, costs on both sides will be in the millions.

The conspiracy theory which Jones promoted — notwithstanding two judicial inquiries commissioned by the Queensland government in 2011 and 2015 which both directly contradicted him — all the way up to and during the defamation trial, was that the Wagners had illegally built up the walls of their mining quarry near Grantham, which the unprecedented flood had filled up “like a bathtub”. The walls eventually cracked, unleashing a “tsunami” onto the town, causing devastation and death.

This “scientific fact”, which only Jones and journalist Nick Cater seemed to understand, was then presumably assiduously covered up by the Wagners and their willing co-conspirators such as then-deputy prime minister Warren Truss and his successor Barnaby Joyce — as well as the Bligh and Newman-led Queensland governments.

After a tonne of expert evidence, the judge concluded the same thing as the two judicial inquiries had: Jones was 100% wrong. In fact, the existence of the Wagners’ quarry slightly slowed the onset of the massive flood. But, essentially, it was irrelevant.

Jones, the judge found, delivered a total of 80 defamatory imputations regarding the Wagners during his 32 diatribes. Jones’ lawyers ultimately conceded that 11 of these were indefensible. For the others, they argued a mixture of substantial truth, fair report and honest opinion. On every ground, Jones failed.

Jones is justly famous for stating his subjective opinions as objective facts. This was a classic case; as the judge said, “the broadcasts conveyed Mr Jones’ opinion as to what the [2015] inquiry would conclude … That is, the inquiry would conclude that the Wagners were culpable and sought to cover up their culpability.” It’s rarely pointed out to Jones that the law (unlike politicians) does not inevitably submit to his commands.

Having lost comprehensively, the question was how much it should cost Jones to make good the harm. In Queensland, defamation damages are capped at $398,500 for non-economic loss, unless the court is satisfied that the particular circumstances of the case justify aggravated damages. This was such a case.

The judge considered several aggravating factors including the huge size of Jones’ audience. The 80 imputations were “extremely serious and of the gravest kind”, including that the Wagners were responsible for 12 deaths, were involved in a “massive cover-up” and corruption of public officials, and were “selfish and insensitive grubs”.

This required a substantial award of damages to repair the damage to the Wagner’s reputations, but the judge pointed to another, unusual feature of the case: “Mr Jones in the course of the trial continued to assert the truth [of many of his claims]”, even some which his own lawyers were no longer defending.

The judge pointed several times to Jones’ “wilful blindness to the truth or falsity of what [he] broadcast”. He also found that “the tone of [Jones’ criticism of the Wagners] are self-evidently vicious and spiteful”. Jones, he noted, “refuses to apologise because he holds to his views”.

Having concluded that Jones “was motivated by a desire to injure the [Wagners’] reputations”, the judge came up with the figure of $850,000 in damages for each of the four brothers, with interest to be added on top.

Will Jones appeal? You’d think so, given he likely sees this as just another instance of a senior practitioner of the law demonstrating a lesser ability than Jones himself possesses, to analyse extremely complicated factual circumstances and reach the correct conclusion. It’s lonely at the top of the intellectual tree where Jones maintains his nest.

Will the appeal succeed? More specifically, is this another Rebel Wilson case, where the trial judge will be found to have gone overboard in reaching a massive damages verdict and the number will be wound back to something which 2GB can cover out of petty cash?

No. Jones was done on the facts — the real ones — by the judge:

Mr Jones admitted that he had no hydrological or scientific evidence of any kind when he commenced broadcasting these grave accusations. He relied on his understanding of what he had been told by eyewitnesses:

‘MR BLACKBURN:  … Mr Jones, that is an exact description, power without responsibility, of your attacks on the plaintiffs, isn’t it?

MR JONES: No, my — my attacks were based on my understanding of the grievous circumstances facing the victims.’

The huge size of the damages awarded here were due to the flagrancy of Jones’ behaviour. In the Wilson case, they were for her claim of lost income from movie roles she didn’t get, which the appeal court found she hadn’t adequately proved. There’s no comparison.

Parrots are famous for mindless repetition of words which they have heard but do not understand. That is, in the end, what happened here. 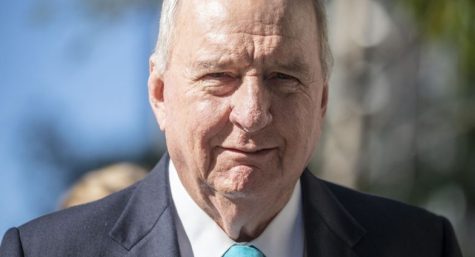 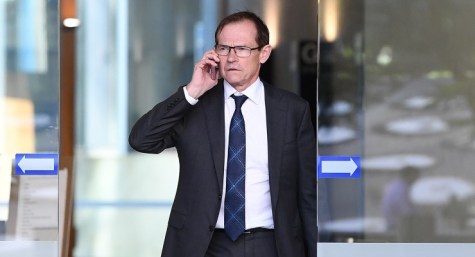 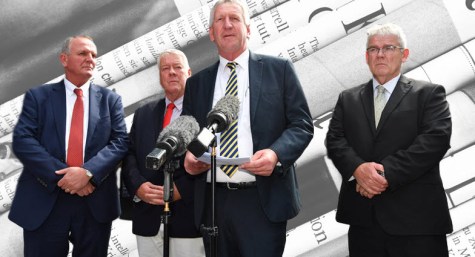 What does the Wagners’ defamation action mean for the Nine-Fairfax merger?

Hi Michael….why was the action against Cater dismissed?

This question also occurred to me.

The only lesson Jones will learn from this is not to attack the Wagners, he will find other targets with less means to defend themselves.

I dunno… given that the radio station will pay the entire amount on Jones’ behalf, I think that the parrot might find himself wearing a tighter muzzle in future campaigns.

The judge found that the defamatory imputations alleged to have been made by Cater in his couple of interviews with Jones weren’t made out. In fairness, Cater did adopt a much more cautious tone in his comments than Jones, although his underlying thesis was the same. Jones, by contrast, went the full nut.

LOL The last para is a real cracker. 🙂

This grub is the archetypal right-winger – strong opinions with absolutely no concern for facts or evidence. That’s the only way they maintain their right-wing beliefs. Tragically, he (along with Bolt, Bond, and a swarm of other opinionated insects from the Murdoch dung heap) gets paid a lot of money to spread his evidence-free BS because there is a large enough audience of mindless parrots out there willing to soak it up.

If banks can up interest rates (not????) for future imposts stemming from the RC – why can’t he up his “Polly-wotta-cracker Cash for Comment” rates?

lol jesus at
“Parrots are famous for mindless repetition of words which they have heard but do not understand. That is, in the end, what happened here.”