Slater and Gordon were the target of class actions in 2017 which were settled for a total $36.5 million. Now they're relying on clever spinning to get back in the game.

Don’t you love how the mainstream media flocked like headless chooks to Tuesday’s news release from Slater and Gordon? The law firm asked for expressions of interest from customers of major banks who claim they have been dudded, as revealed in the disclosures from the banking royal commission.

“Plaintiff law firm Slater and Gordon on Tuesday revealed it was seeking expressions of interest for a class action against financial institutions in the wake of damaging revelations about their treatment of customers,” Fairfax Media reported on Tuesday. Branding the campaign under the title “Get Your Super Back” the company said the action would be brought “on behalf of millions of Australians in bank-owned super funds”.

An equally breathless news.com.au reported “Law firm Slater and Gordon will today launch an unprecedented wave of legal action on behalf of around one in three Australian workers believed to have their super invested as cash with the banks”.

Hang on. Slater and Gordon. Weren’t they the target of class actions in 2017 which were settled for a total $36.5 million?

The actions were launched over the law firm’s UK adventure in 2016 and 2017 that resulted in losses of more than $1 billion, the departure of a flock of managers and directors and the eventual bailout of the company by a bunch of bottom-fishing US investment funds that saw the company’s market value collapsed (via a humiliating share consolidation of one new share for every 100 old shares held that all but wiped out long suffering shareholders). Slater and Gordon shares were trading around $7.50 in March 2015 before the company launched its UK debacle. Now that’s value destruction that would put the big banks to shame.

The firm’s old business model self-destructed because of overreach by the management and board in trying to buy their way into the UK insurance claims market (a form of ambulance chasing). At the end of August, Slater and Gordon revealed a full-year net loss on continuing operations of $31.9 million, down from $74.5 million last year. Total revenue and income from continuing operations fell to $159.3 million, from $181.5 million previously, reflecting the reductions in the size of the business.

Slater and Gordon said in February that it would be selling or winding back some of its existing businesses to achieve a narrower focus. It nominated its succession, criminal and family law practices for run-off, while retaining a smaller commercial practice. It is now focusing on its personal injury business and class action and industrial and union practice.

The firm has co-opted a compliant media into giving it free publicity for a return to its roots as a pioneer of class actions in this country. It wants to let everyone know that it is back making a big deal about its class actions and the best, quickest way is to attach itself to the Hayne royal commission disclosures and get the media to do the advertising for nothing.

The company is still on the nose so far as investors are concerned. The shares were trading around $3.38 when the 2017-18 results were released at the end of August. They fell more than 6% on Monday to $2.45 as rumours emerged of its bank class action. That close was equal to 2.45 cents under the old share structure. 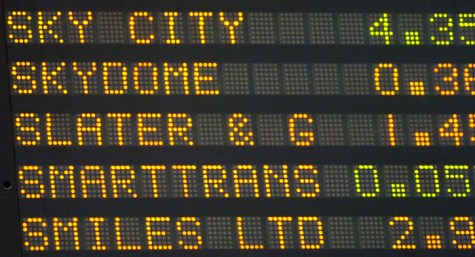 The hubristic tragedy of Slater & Gordon 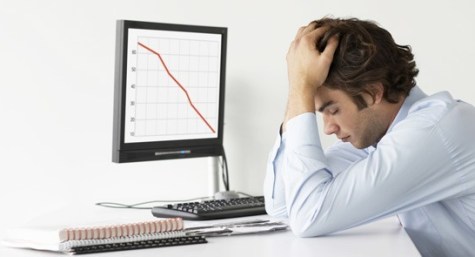 We don’t need self-interested litigation. We need legal reform and criminal prosecution of board members and senior managers.