The Department of Home Affairs is believed to have deported up to 25 asylum seekers, many of whom are Sri Lankan, last night.

Nick Stephenson, a refugee advocate in Melbourne, told Crikey that two men who had previously been in immigration detention were put on a plane back to Sri Lanka overnight, after receiving deportation notices little more than a week earlier. Both men believed that several other asylum seekers had also received deportation notices.

“Information from within the centres suggested 20 to 25 people would be deported,” Stephenson said.

Avi Selva, from the Tamil Refugee Council, said that she knew of 12 Sri Lankan asylum seekers in Sydney, Melbourne and Perth who were deported last night.

The Department of Home Affairs did not respond to a request for comment by the time of publication.

The two Sri Lankan men, who have not been named to protect their identity, have been in detention for five years and 10 months, and 10 months, respectively.

Both men had exhausted all their legal avenues, and had applied to the Home Affairs Minister Peter Dutton requesting a protection visa. The Migration Act provides the minister with a discretionary power to intervene and grant a protection visa.

According to Stephenson, the men face the prospect of political persecution if they return to Sri Lanka. In a statement seen by Crikey, one described being kidnapped and beaten by henchmen of a Sri Lankan MP because of his work organising for an opposition political party. In the statement, he claims that he faces “real risk of suffering significant harm” if returned to Sri Lanka.

The department maintains considerable secrecy around deportations. There are believed to be 116 Sri Lankans in immigration detention as of April this year, with a further 42 on bridging visas.

Earlier this year, a a Sri Lankan Tamil asylum seeker who was separated from his family in Australia, and sent back to Colombo, was taken into immediate custody on arrival.

In March, a family living in rural Queensland were taken from their home in an after-dark raid.

According to Selva, the secrecy around deportations “prevents room for people to seek assistance”.

“These deportations are often processed before people get a chance to get legal representation. It’s really a denial of justice,” Selva said.

Many of these asylum seekers are members of country’s Tamil ethnic minority. Sri Lanka’s civil war, which raged from 1983 to 2009 between government forces and Tamil separatist fighters from the Liberation Tigers of Tamil Eelam, took over 100,000 lives. Since the final stages of the war, approximately 115,000 people have fled Sri Lanka.

Although the war is officially over, the situation remains precarious for deported Tamil asylum seekers, with human rights abuses believed to be ongoing in parts of the country.

According to Selva, Tamils are “second-class citizens” in Sri Lanka, who are still subject to intense surveillance, monitoring and harassment by the government.

A UN Special Rapporteur’s report last year found that the use of torture remains “endemic and routine” and is used “disproportionately against members of the Tamil community” by state security forces. 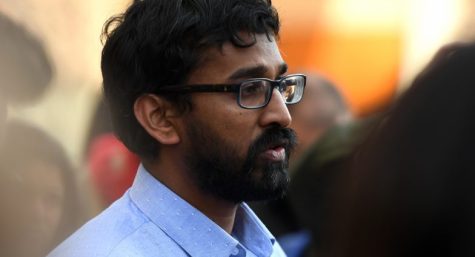 Couldn’t they dress up as European “au pairs”? It would also help if they were AFL followers, or, were on friendly terms with Terry Lewis.

Another triumph of inhumanity to allow the LNP to glibly claim that it ‘Stopped the Boats’. The secrecy imposed allows the government, in our name, to continue this appalling inhumane persecution of brown and black non-Australians. And we claim to live in a ‘democracy’. What a sick joke!

The 70% who vote for parties which favour this would seem to be a majority, hence the democratic will.

Deportations or removals? They are two very different processes under the Migration Act. The differences alone, including how removal works, is worthy of an article. It’s pretty evil.

My guess is that these people were removed – which is a practically self operating part of the Migration Act. As soon as any legal permission for them to be in Australia ceases – ie the operation of a visa, or the laws around getting their visa decisions reviewed, they become unlawful non-citizens and must be 1. Taken into detention and 2. Removed from Australia ASAP.

To get someone deported, you have to go to the Court and seek a court order. It’s a whole different area of the Act.

It makes you proud to be Australian. The things our government does to protect us; concentration camps and making people disappear in the night.