Wake in fright! Sky after dark is coming to regional Australia, on a free-to-air channel direct to you.

If you’re one of the 5 million-odd people living outside the five mainland state capitals, you can now find Sky on one of the WIN network’s multi-channels. For the first time, Australia has a Fox-style free-to-air broadcaster aimed at a key component of the conservative demographic that usually elects a majority of Liberal and National MPs.

The US experience tells us that the inevitable outcome of this meeting of minds is a feedback loop that entrenches and confirms the bias of the right-wing media ecosystem. And elections reflect that bias.

This comes as Sky-parent News Corp is building a commercial monopoly in news and information in regional Australia.

In 2016, News Corp took over regional newspapers in northern NSW and Queensland, most of them papers. Queensland Newspapers was required to sell in 1988 by the then-competition regulator as a condition for selling itself to News Ltd.

In 2017, News Corp reached a content-sharing deal with Seven West Media positioning the company as the dominant — often the sole — producer of print and commercial online content from Western Australia, through the Northern Territory and Queensland and into northern NSW.

In 2018, there are widespread rumours that the new Nine-Fairfax entity will sell off its regional monopolies in NSW, Victoria, South Australia and Tasmania, with News Corp the likely buyer.

Traditionally, the Australian Competition and Consumer Commission has facilitated monopolies in the media; first, by determining that advertising is the only market that matters (unlike, say, diversity of news and opinion) and, second, by treating regional centres as standalone so that a paper in one town doesn’t “compete” with a paper in a town a few kilometres over. One company owning all the papers in the country? No harm, no foul.

Contrast this to the New Zealand Commerce Commission. When it refused the proposed merger between the country’s two major media companies, Stuff (Fairfax) and NZME in 2017, it rejected both these principles.

This month, Harvard’s Berkman Klein Center for Internet and Society is releasing the result of their in-depth data analysis of social and traditional media in the 2016 election, with conclusions directly relevant to the budding News Corp regional monopoly.

A feedback loop of conservative voices feeds on bias, the study concludes. Given credibility through a quasi-journalistic imprimatur and pumped into a conservative voting community (like much of regional Australia), this loop entrenches those biases, far more than would a more diverse media ecosystem.

The legitimacy that the structures of traditional media provide means this sort of bias can be more effective than deliberately false news reports (aka “fake news”) that circulate on social media.

The study confirms empirically what Australia’s right wing shock jocks and conservative voices have long claimed: they’re just giving their audience what they want — but not in the way they mean. The Harvard study demonstrates that many conservatives don’t want the facts. They want to have their biases reinforced.

This means, the study says, “the right-wing media ecosystem differs categorically from the rest of the media environment”, which is more engaged in journalism.

Australian News Corp is not as pure a part of the right-wing media ecosystem as its US counterparts. While its pundits fall inside that ecosystem, much of its traditional journalism culture endures.

Yet as it increasingly relies on financial support from its readers and viewers through subscriptions, the more it is trapped inside the feedback loop — the News Corp piper has to play the tune its listeners pay for. Reinforcing this bias regionally becomes a key differentiation from its one enduring content competitor, the ABC.

We saw a practical reflection of this in last month’s Liberal leadership challenge: the more likely a Liberal MP represented an electorate within the News Corp regional content monopoly (and, correspondingly, the safer their seat), the more likely they were to vote for Dutton. Perhaps that’s what Senator Fierravanti-Wells meant when she was chattering about the importance of not ignoring “the base”.

And as climate denialism stays as the litmus test of conservatism, the more likely we are to see real leaders chopped down by “the base” to prevent any practical action. 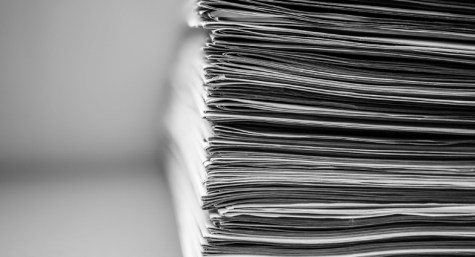 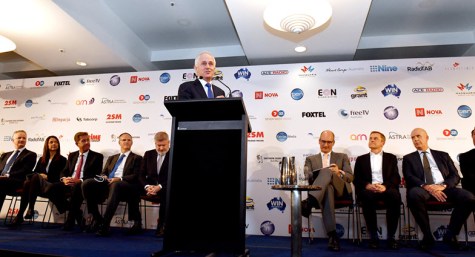 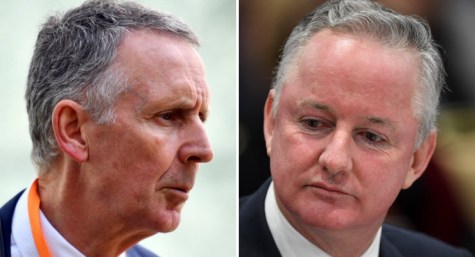 Can I dream that this appalling behaviour by NewsCorp will be amended if Rupert dies? Or, has his brainwashing of his sons and minions keep it all going?

The death or otherwise of the old scoundrel should not be a factor; Governments need to legislate to stop these ugly news monopolies developing, and insist on print media “journalists” clearly stating what they write is opinion, not fact, or face heavy penalties.
Likewise reporting of obvious mis-truth presented as fact needs to be a criminal offence.

Word is that little Lachlan makes Daddy seem like a radical lefty , so no joy when Rupert drops off the perch.

Well it’d give us bushwackers a bit of help if the other msm did a bit more political reporting on regional Australia. For example, Kevin Hogan, National, Page in Northern NSW has gone to the cross bench over the b.s. in the Libs. He’s being heavied about preselection. The adjoining local state and federal Nats are retiring at the next elections and there could be some real competition for these safe national seats. These things have implications for the outcomes in these current parliaments and next state and federal polls.

Some excellent insights here from Chris Warren. The Federal Government should insist that News Corp move its primary listing back to Australia and also dismantles its undemocratic capital structure. You can’t have a gerrymandered foreign company making and breaking our key governments and political leaders with little accountability or respect for the national interest or our democratic and cultural institutions, such as the ABC.

When we are dying we may have time to ask ourselves if the world was better or worse off by us being in it. Sometimes I like to think that Old Uncle Rupe will have an inglorious and hard time in his final moments.