This five-month-old baby has spent her life in Melbourne Immigration Transit Accommodation. A psychiatric report submitted in June has raised mental health concerns for both mother and child.

There is a baby in detention in Melbourne. She has spent the entire five months of her life under guard in immigration detention with her mother Huyen.

I see her when I visit there on weekends. I also see the baby’s father and Huyen’s husband Paul visiting them, as that’s the only way he can see his wife and daughter.

Paul has a visa and a job but his visa does not cover Huyen who has not been allowed to leave Melbourne Immigration Transit Accommodation (MITA) while her current legal process is underway. The baby is a dependant connected to her father’s visa. But her mother is in immigration detention. So there is a baby in detention.

Huyen, originally from Vietnam, was 21 when she arrived in Australia via sea in 2011 with her younger brother. She was detained in an immigration detention facility immediately upon arrival. The Asylum Seeker Resource Centre (ASRC) lawyers who have been assisting her say that because Huyen arrived by sea, she has never been given the opportunity to have her protection claims heard through a statutory process with full merits review rights (in comparison to people who arrive by plane).

Sometime after her arrival, Huyen was shifted from immigration detention to community detention — which is like going from prison to home detention with strict bail conditions. Huyen says at this time some of her friends were deported and she was terrified she was next. So she ran away from community detention in 2014.

As far as I’m aware, Huyen did not commit any violent offences or large-scale white-collar crime. What she did do is meet Paul, who she went on to marry. Paul is from Mauritius and has a 457 visa to live and work in Australia that is valid until 2021. I’m mentioning Paul’s details because when I write these kinds of stories there is a series of predictable reactions, which will include questions about the veracity of Paul and Huyen’s relationship. Paul’s visa does not allow him to sponsor Huyen. 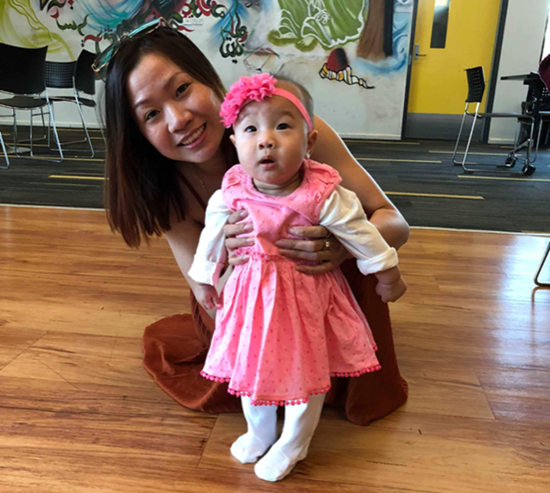 Last November, Huyen was taken back to immigration detention while she was pregnant. On January 27 this year, a Saturday, Home Affairs told Huyen she would be compulsorily deported two days later on January 29. She was approximately 32 weeks pregnant, experiencing severe anxiety and gestational diabetes.

ASRC assisted Huyen on the Sunday, January 28, to seek interlocutory injunctive relief to prevent her deportation. During an urgent injunction hearing at the Federal Circuit Court at 4pm the same day, ASRC said it was informed by the department’s solicitors that Huyen would be removed from MITA at 5pm on the Sunday because Home Affairs wanted Huyen on a flight to Perth at 7.30pm.

The department allegedly said this flight was to be followed by another from Perth to Vietnam at 4.45am on January 29.

The application to stop Huyen’s deportation was refused at 6pm.

Huyen tells me she was taken from MITA and forced onto a plane with a midwife she believes was hired by the department to escort her for the duration of the trip to Vietnam. Huyen says she was absolutely hysterical, but even in her highly distressed state had noticed Serco guards in tears when she was taken from detention.

But then, the plane did not take off.

Part of my conversation with Huyen, an asylum seeker who is being held in detention in Melbourne with her 5 month old baby.
Huyen says guards are not allowed to assist her with baby.
A Psychiatrist says Huyen has depression and her baby is showing symptoms of anxiety. #auspol pic.twitter.com/w5bv3x2LVe

Huyen was removed from the plane and it was not explained to her why. Huyen gave birth to her daughter on March 15 this year. She had earlier signed a form consenting to her infant being held in detention with her once she was born. Her baby is currently stateless and does not have a nationality.

According to University of Melbourne Professor Louise Newman, Huyen’s baby has attachment-related anxiety. Newman wrote a psychiatric report on Huyen and her baby that was submitted to the department in June. Newman attested that Huyen has significant depression and her daughter is already exhibiting symptoms of anxiety exacerbated by detention where appropriate medical care is not available.

As Newman said to me, Huyen and her baby are in a closed environment under constant observation with no opportunities for normal socialisation or activities. This type of environment, Newman says, contributes to Huyen’s depression and sense of hopelessness.

Huyen and her baby could be living with her husband Paul while she waits for her other court proceedings which would be an infinitely better place for both of them. The Australian public also wouldn’t be footing the bill for detaining Huyen.

But as Newman says, the Australian government accepts harm to children as collateral damage in their greater aim of preventing asylum seekers. “Detention in these conditions is directly related to developmental problems in infants,” she said. “We are creating neglecting environments and reducing mothers’ capacity to care for their infants.”

Home Affairs has been approached for comment on a number of issues regarding this case, and did not respond by deadline.

For anyone seeking help, Lifeline is on 13 11 14, and Beyond Blue is 1300 22 4636. Headspace and ReachOut have useful mental health resources for young people.