Carla McGrath has been removed from the Press Council after months of criticism surrounding her role as deputy chair of GetUp.

Press Council acts on conflict of interest allegations, Sky News prepares to appear around the clock on free-to-air TV, Daily Mail loses its conservative editor, and other media tidbits of the day.

Press Council removes Carla McGrath. The Australian Press Council has removed member Carla McGrath from its council over her position as deputy chair of lobby group GetUp. McGrath’s appointment last year was the subject of fierce criticism from The Australian and other commentators, arguing her position at GetUp was a conflict of interest when sitting on adjudications for the press council. Then-chair David Weisbrot resigned from the council over the furore, citing “persistent personal attacks and a campaign of ‘misinformation’.”

The council decided McGrath had a conflict of interest in May, and according to its constitution today removed her.

Chair Neville Stevens said: “I believe this is the best outcome in a very difficult situation. Carla McGrath, as a respected member of Australia’s Aboriginal and Torres Strait Islander community, would have brought an important perspective to the work of the council. While the council is committed to increasing diversity among its members, there is an overriding need for it to be independent and to be seen to be independent.” Sky News prepares for free to air launch. The partnership between Sky News and regional network WIN begins on Sunday, across 30 markets. The 24-hour news channel on one of WIN’s digital channels will include a selection of Sky News, Fox Sports and Sky News Weather programming, including the some of the Sky News After Dark characters (Andrew Bolt, Peta Credlin and Alan Jones will all be included on the free-to-air line-up, as well as the more respected political programming during the day).

Daily Mail editor says goodbye. The Daily Mail’s powerful and conservative editor Paul Dacre has said goodbye to the job, not with a speech or even an email, but with a letter pinned to the staff noticeboard. Dacre is leaving the role after 26 years, promoted to editor-in-chief of Associated Newspapers, which owns the Mail. In his farewell, published by The Spectator, thanking staff for their “selfless, superlative journalism”. “Many things (mostly risibly and contemptibly inaccurate) are written about the Mail,” he said. “But what no one can deny is that this floor houses Britain’s finest team of professional journalists who, over the decades, have produced much magnificent journalism.”

Dacre led the Mail’s strident support of Brexit. Replacing him is Mail on Sunday editor Geordie Greig, whose paper was one of the strongest supporters of the Remain campaign, in opposition to its sister newspaper.

It’s time for political insider journalism to go away. BuzzFeed’s editor-in-chief Ben Smith was a founding writer for US political news website Politico, part of a trend of insider-y political reporting in the US (and elsewhere). He’s written about why that era of political journalism is (or should be) over:

As the institutions of journalism gear up for another presidential campaign, we face an audience that isn’t just bored by tactical, amoral, insidery, and mostly male-dominated political reporting: Americans of all political stripes now actually hate it, and the sports metaphors that used to be a great way to go viral are now the quickest path to a Twitter ratio. The game changer, the horse race, the Hail Mary — apt, perhaps, for the party politics of the 1990s and 2000s — are painfully inadequate for the movement politics of a new era, with higher stakes, higher passions, and far wider interest. I know of what I speak, because I helped shape the tradition I’m now attacking … I broke news every day, for years, on obscure staffers and tactics, and shared my readers’ obsession with the horse race.

Glenn Dyer’s TV Ratings. Seven may have won total people, but Ten easily won the main channels, thanks to the return of Gogglebox Australia (1.12 million nationally) which supported The Bachelor (1.10 million). Ten grabbed the juicy demos as a result and that was the story of the night. Oh, the demise of The AFL Footy Show continues on Nine — 128,000 in Melbourne last night v 239,000 for Seven’s The Front Bar which had 418,000 national viewers. The Footy Show had 473,000, but more than 200,000 of those were in NRL markets in Sydney, much of NSW, Brisbane and Queensland. Read the rest on the Crikey website. 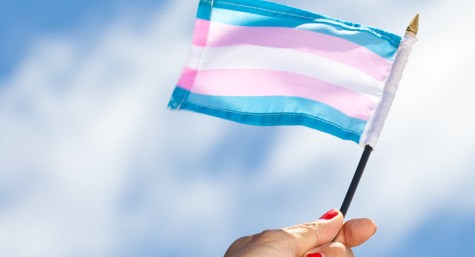 Ben Smith is right. Echoing stuff readers have said for years, but right.

Let’s see if any Australian mastheads take note in time for the next election campaign.

On the Press Council thing….

– On the one hand, I have a kneejerk antipathy to campaigns from the News Corp press from long experience.
– On the other, when you look at the bios of the other public members of the Press Council, it must be conceded that they have no CURRENT roles anything like as political as GetUp.
– But on the first hand, GetUp is not press so it’s not clear what the conflict actually IS.
– On that same hand, the Press Council being full of industry members as well – who all have conflicts- makes it a bit weird to say a public member can’t have some unclear, tangential conflict. Boards often have conflicts and still make it work.
– But on the other hand, the Press Council is a waste of time paper tiger and I feel dumb for caring about who is or isn’t on the council.

In summary, I’m pretty sure this is just News Corp taking out their frustrations on someone associated with GetUp, there was no good reason for Ms McGrath to be removed, but it doesn’t matter anyway because it’s only the Press Council.