An ode to Dance Boss, the best dystopia on TV

Channel 7's latest reality series may have bombed, but its legacy lives on. This wasn't an ordinary quest for stardom. It was a plea for escape.

There wasn’t a lot to offer at Mudgee Airport. As I sat with an hour to wait, staring down a plane smaller than me, I was searching for any kind of distraction. This marks the moment I first saw Channel Seven’s new series Dance Boss, and also the moment I no longer feared flying or death in general.

You have probably seen the promos for Dance Boss. In fact, if the ratings are anything to go by, you’ve probably only seen the promos for Dance Boss. The show itself seems like just another of the hundreds of the So, You Think You Can Perform A Party Trick In Front Of An Impertinent British Man? genre of reality television. But it is so, so much more than this. Dance Boss might just be the best modern dystopia on television.

At its core, Dance Boss is a tragically misguided search for meaning. The series opens on Dannii Minogue’s longing that “there must be more to life than then just the nine-to-five”. This is immediately followed by a soundbite from an SES crew, genuine real life heroes, talking about how they wish to inspire the public through the medium of dance. You have to wonder if someone isn’t impressed by you risking your life going into disaster zones exactly what about a modern two-step is going to win them over. 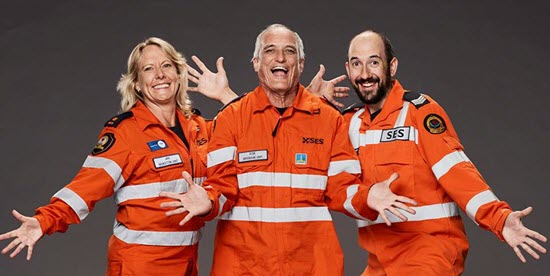 Still, the point is made. Work will never satisfy you, particularly when you’ve just gotta dance! Dance Boss doesn’t frame its competition as a quest for stardom. It’s a plea for escape. The show may as well be called I Am Not A Celebrity But Still, Please Get Me Out Of Here.

This isn’t subtext. It’s the premise. High scorers continue on the show, low scorers are “On Notice”, and the lowest scorers are sent back to work. You could hardly imagine a contestant on The Voice diving into Boy George’s arms begging for passage back to whatever fantasy world he has emerged from. Yet that is the core of Dance Boss: we are your salvation. Or, more accurately, Adam Garcia, Timomatic and Sharni Vinson are your salvation. May the lord have mercy on you. 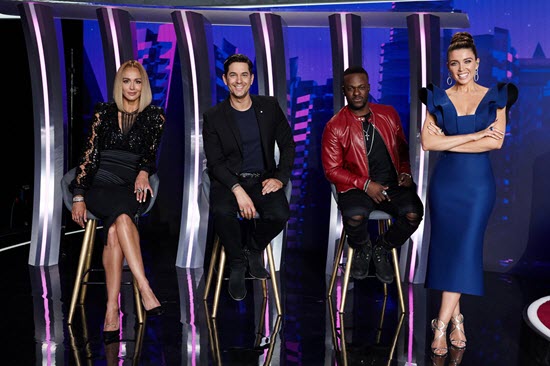 This is the faultline of the strange discord that resonates through the whole program. You are told that work cannot satisfy you, yet you are defined by your job and must compete with your workmates to free one another from having to do another shift. This could almost be inspirational. Workers of the world unite in dance! You have nothing to lose except your chacha! But in reality, it’s deeply upsetting in a way you can’t quite put your finger on, like seeing an old man eating lunch alone.

Unlike The Voice etc, Dance Boss isn’t concerned about cheering on individual contestants. They have their moments, sure, but aside from a brief package as introduction they rarely speak except to divulge a personal family tragedy. Instead, you’re cheering for brands. You’re cheering on your impressions of that profession. “Go McDonalds!” you shout from the couch like a weirdo. “Show those doctors they wouldn’t know a real Dance Boss if it showed up in the ICU that they should probably be in right now.” This is all for the enjoyment of the screaming crowd who, by my count, have been screaming non-stop for 500 hours of television by now — the initial screams of excitement have given way to screams of coarse-throated pain.

Perhaps the real problem with Dance Boss isn’t its unreality but that it’s too realistic. We are all locked in a system we want to escape. We are all searching for any kind of fulfillment, no matter how fleeting. We are all desperate for the approval of Timomatic. Dance Boss does not offer the fantasy of The Bachelor. It shows the struggle of the real world. Dance Boss is our inevitable future. If the revolution is someday televised, it will begin with a choreographed dance number and end with a meaningful montage narrated by Dannii Minogue.

Or maybe it’s just a fun dancing show that slowly drove me to madness with flashing lights, meaningless metrics (what in the good hell is PPE?) and an abundance of horrifying puns. Who knows. Anyway, back to work!

6 thoughts on “An ode to Dance Boss, the best dystopia on TV”