The Business Council is keeping schtum on the leadership spill while a former News Corp editor has ended up on the other side.

The Business Council keep their own counsel after the leadership spill, and Alex Turnbull isn’t staying silent anymore.

Warding off the rumours. Former Weekly Times editor Natalee Ward has revealed the “other opportunities” she left the paper for. Public relations agency Porter Novelli has appointed Ward as a senior consultant at its Melbourne office, where its website says she will “help to build Porter Novelli’s market-leading agribusiness portfolio, and lend her considerable expertise in content-led branding projects across our clients and projects”.

Ward left the Times last month after a period of extended leave following an external investigation that found she had behaved in an “inappropriate and/or disrespectful manner” towards then-grains editor Emma Field. Publisher News Corp told Crikey at the time that Ward had resigned to “pursue other opportunities”.

There has been no word on whether Ward represented her new employer at last Friday night’s Rural Press Victoria Awards, where Field won best print news report for a piece filed before she left the paper for the ABC, and where Porter Novelli was a sponsor.

Alex Turnbull finds his voice. As the second and fatal spill neared last week, Alex Turnbull, son of our newest ex-prime minister Malcolm, popped up on Twitter to let us know he was going to be saying what he thinks a bit more often from now on.

And indeed he did, firing off a few pointed jabs at the “extreme right of Australian politics” — which hobbled and eventual offed his old man — saying it “doesn’t really seem to have coherent objectives at all” (whodathunk Turnbull’s sentiments would’ve been so at home in the pages of Crikey?). He also had a chat with Peter Hannam at Fairfax, which gave us the immortal line “my father fought the stupid and the stupid won”. But he found a hard limit to the media he was willing to talk to when Ross Cameron of Sky News’ Outsiders approached him on Twitter.

SFA from the BCA. Last week’s events in Canberra had an unusual side effect — the Business Council has been struck dumb. No one at the BCA — which is normally so fast to offer us all the benefit of its wisdom — has said anything since last Wednesday when the company tax cuts hit the fence in the Senate and the government ditched them. Perhaps their grief for their beloved $80 billion windfall was so great they stopped paying attention to what was happening.

There’s been no pro-forma congratulations for new PM Scott Morrison, no fond farewell to Malcolm Turnbull, no welcoming of the new Morrison ministry — nothing. Even the BCA twitter account has focused on non-political issues in recent days. What about chief executive Jennifer Westacott? We can’t find any comment from her. Chairman Grant King? Our favourite Great Barrier Reef protector has also been silent. The only appearance of the BCA in the media has been retail super fund advocate (geez, hasn’t that been going well) Andrew Bragg telling his BCA colleagues he was quitting to run for Turnbull’s seat of Wentworth. But we kinda get the BCA’s reticence — when there’s a family quarrel, it’s best to keep your mouth shut. And when it comes to the Liberal Party, the Business Council is very much family.

Great leadership stock (photos).  The Women in Leadership summit 2018 sounds packed with representation and empowerment for high-powered, career-minded, executive women, and also like the kind of thing we might send Helen Razer to as punishment if she missed a deadline. Their flashy website is replete with embedded videos and celebrity speakers (oh hey, Leigh Sales!) and a series of testimonials from satisfied attendees: 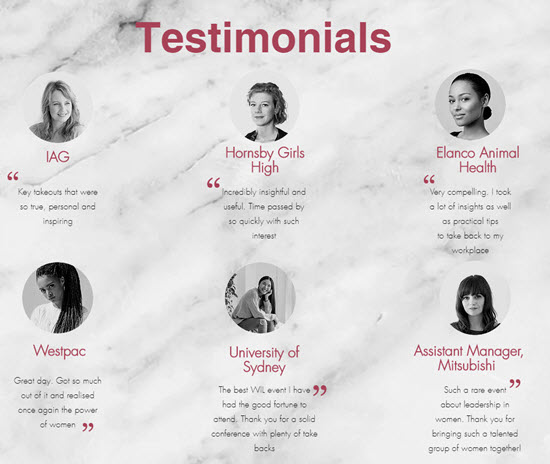 And if you were struck, as we were, about the consistently high glamour level, model-esque poses, and suspiciously spot-on ethnic mix of the leadership summit attendees on display, there may be a good reason. Hovering over the images reveals that they all have a second career as Getty Images models and and quick search shows these Westpac and IAG employees also turning up on a mixture of dating, hair and beauty websites. 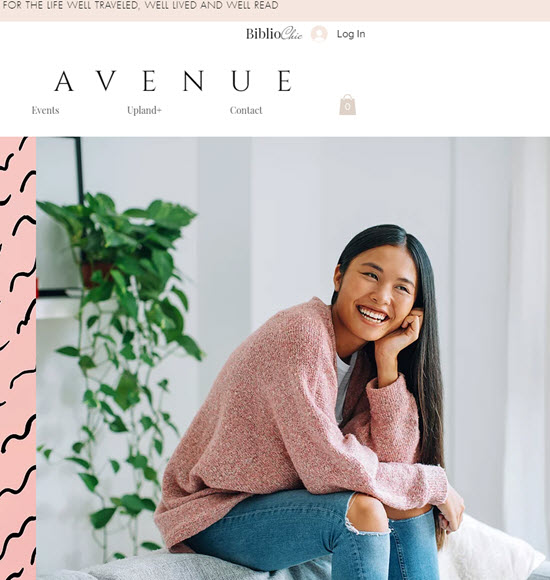 Heard anything that might interest Crikey ? Send your tips to [email protected], use our guaranteed anonymous form or other ways to leak to us securely.

If the Unions had done something that caused the Australian Government to shut down, imagine!
There would be howls that could be heard in Antarctica from them and the IPA.
Unions their leaders and any participating members would be fined and jailed . The unions would be de-registered, all of them.
Nausea Corp. would be screaming for blood and Pollies would be wailing about lawlessness and Sovereign Risk.
It’s a strange strange world we live in.

Re the Turnbull son henceforth speaking up, among the submissions to the Joint Houses enquiry into First Peoples this year there is one by both Mrs T and daughter Lucy – a short, dignified text stressing the urgency of honouring Uluru. I respected that, and hope they now speak more publicly on this and other moral issues.

So even the rite-ons at the Women’s Leadership group believe that achievement is insufficient unless pulchritudinous?

I’m genuinely perplexed by the decision making behind that Women in Leadership Summit testimonial box. Especially after seeing they already have a testimonial video that could pass as “diverse”, with a bit of editing.
WIL 2018, here’s some free advice regarding alternative approaches:
1) scrap the testimonial section altogether and edit the quotes into image slides to be used in between the to camera interviews. Some upbeat music will help with the juxtaposition.
2) keep the testimonial box but use icons, logos or animation instead of those hideously offensive “diverse” stock photos masquerading as actual executives.
3) keep the testimonial box and use images of the actual attendees. Own the fact that they’re probably 90% white and accept that corporate Australia has a diversity problem but faux-diversity is not the answer!