Anti-corruption blogger Shane Dowling, who heads up Kangaroo Court Australia, has been sentenced to 18 months prison for contempt of court.

Kangaroo Court blogger sentenced to jail time, News Corp goes online in the Shire, Alan Jones owns up, and other media tidbits of the day.

Blogger jailed for contempt. Blogger Shane Dowling has been imprisoned for the second time, this time over three counts of contempt over comments he made in court during a previous case. Dowling, who blogs at his website Kangaroo Court of Australia, was jailed on Wednesday for 18 months, with a 13 month non-parole period, by the NSW Supreme Court. The court suppressed the full judgement.

Dowling previously spent four months in prison for repeatedly breaching a suppression order in place relating to court action between Seven CEO Tim Worner and his former assistant and lover Amber Harrison. On his website, Dowling often writes about what he says is corruption in the judiciary.

News Corp launches local news project. News Corp has launched its first online-only local news masthead in Sydney. The St George Shire Standard will cover local news in the Sydney’s Shire — new PM Scott Morrison’s home turf — and launches this week under News Corp’s community news brand, NewsLocal. The Standard’s chief reporter is Eliza Barr, who previously covered crime and politics in Sydney’s southwest for News Corp’s local news division. Her interaction with Canadian far-right internet “personality” Lauren Southern in the Sydney suburb of Lakemba recently attracted attention, in particular, for an exchange where Southern suggested there were no English pubs on the main street, before Barr pointed one out, directly across the road.

A News Corp spokesperson did not answer Crikey’s question as to whether there would be similar projects launched in other markets. “As a trusted community brand, NewsLocal is committed to connecting with local communities who are often seeking new ways to stay in touch with what’s happening on their doorstep,” she said. “The digital St George Shire Standard provides a new masthead and medium for our community in the Shire to stay informed.”

We’re all players, aren’t we? I don’t know whether I’m a player or not. I’m here to express an opinion and I express it strongly. I think I’ve been saying for months and months and months, there had to be two changes — leadership change and policy change. I think everybody has conceded, we don’t want to overstate the case, that Turnbull was hopeless. My position has been completely consistent. I said the day that Turnbull stabbed Abbott in the back, that this would end in tears. Well, it’s ended in tears and anger.

Anonymous sources. Politics news has been full of anonymous sources and quotes from unnamed insiders over the past few weeks. The decision to use an unnamed source is one journalists usually make while keeping in mind the motivations of the source. Junkee’s Rob Stott questioned the practice on Twitter yesterday, and noted a striking example in today’s papers. In The Australian’s report today on the ALP’s attitude toward offering former Foreign Minister Julie Bishop the role of governor-general, a “Labor source” said: “They’ve got rocks in their head if they think we’ll support Julie Bishop for governor-general”.

And, over in the Fairfax metro mastheads, a “Labor source” had an identical, anonymous, quote on the same topic:

Glenn Dyer’s TV Ratings. Nine’s night thanks to The Block (1.53 million nationally) and Doctor Doctor (980,000 nationally) but the real story was how the ABC easily accounted for Seven, Ten and, after The Block ended, Nine, with solid figures for 7.30 (1.03 million nationally), Australian Story (954,0000); Four Corners (1.12 million) and Media Watch (1.08 million). Q&A averaged 769,000 and easily won its timeslot. It continues the strength of ABC current affairs shows as we saw on Sunday with Insiders 739,000 national figure — the highest outside the morning after a federal election. Read the rest on the Crikey website. 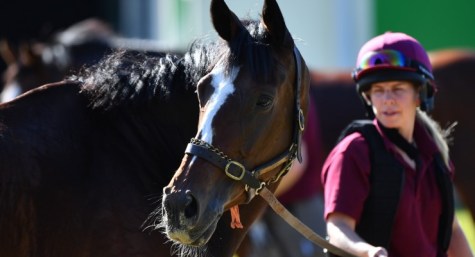 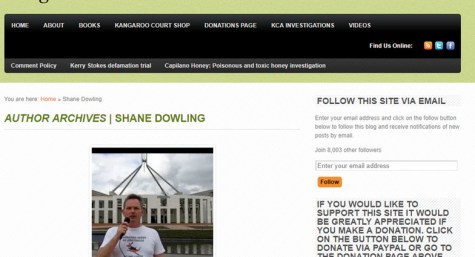 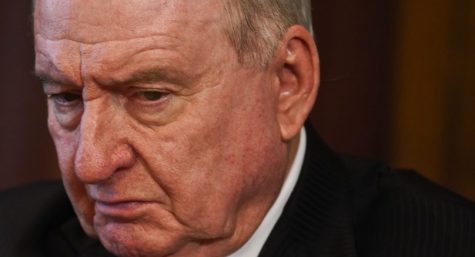 It’s unsettling how the likes of Jones, Hadley et al (with their scattered demographic, spread over so many electorates – that would probably add up to “40”% of a seat like Bennelong?) hold as much influence as they do over the likes of Alexander, in their parliamentary/government considerations and voting deliberations?
Just who does the likes of Alexander represent?
…… Is Alexander fit for that office?