Christopher Pyne loves the drama, the Greens bring the noise in Dickson, and insert jokey reference to form emails here.

The Greens unveil a bold new strategy in Dickson, Qantas executives are throwing around some interesting marketing ideas, and Christopher Pyne just looooves the drama.

Dropping mad science on these fossil fools. Unless you’ve been blindfolded and wearing headphones blaring the peaks of Gorecki’s symphony No. 3 while screaming into a pillow all week (and, look, who could blame you?), you’ll know that it’s on. Former Home Affairs Minister Peter Dutton resigned his position this morning after unsuccessfully contesting the Liberal party leadership.

So, we are faced with the prospect of a polarising (to the extent he’s recognised at all) hard-right figure — barely clinging to his Queensland seat of Dickson — ascending to prime ministership. The public are surely sick of self-indulgent, petty and out-of-touch machinations of Canberra, and are looking for an alternative. That alternative … well, an alternative … is being offered by the Greens:

Oxford educated lawyer and Greens Candidate for Dickson yesterday tweeted out a promotional video which depicts him strolling through a forest dropping poetic, pun-laden, truth bombs:

“It’s time to turn your back on these Turnbullies and their LNP lies … Why are these major party pollies always takin’ the piss?/It’s time to reclaim our democracy from Duttonnation, quick”. This is accompanied by the Slim Shady chop. 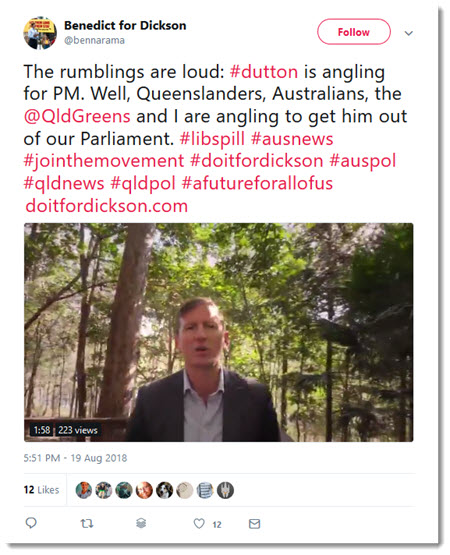 This is flawless stuff from the Greens. The people want truth. They want change. They want an elite university-educated white man in a suit with no tie aggressively doing poetry that doesn’t quite rhyme. Oh and they want it in a forest.

New Qantas slogans? Does Qantas have a motivation problem? If the conversation overheard by a tipster in a Melbourne Chapel Street cafe between three execs yesterday morning is any guide, they’re on one engine:

EXEC 1: Delayed twice, we didn’t get into the hotel till 12.30 last night. I’m wrecked.
EXEC 2: It’s appalling.
EXEC 1: You  know our only advantage is, we’re not as bad as Virgin.
EXEC 3: Been away?
EXEC 2: Nah spent the week off, home with the kids.
EXEC 1: Sometimes that’s the best holiday.
EXEC 3: Yeah, the thought of getting on a plane at the moment makes me feel sick.
EXEC 2: Me too …

There’s some great new campaigns in there. “Sickened by the thought of ever taking another flight again? Choose Qantas! We’re not as bad as Virgin.”

Insert funny headline here. ESports! The world of competitive video gaming is one of the fastest growing and most lucrative sports in the world. It’s new and flashy and the Victorian government are getting on board, last week promoting the Melbourne eSports open — being held at Rod Laver Arena in early September — with the following email: 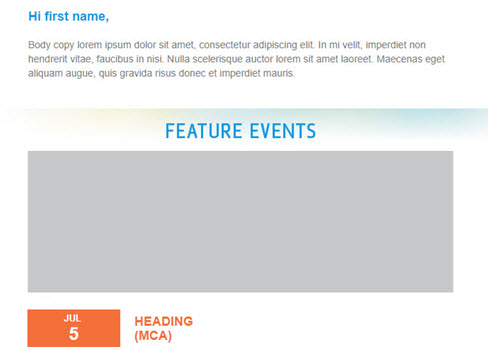 Nothing like showing your agility and understanding of technology by clicking send on a form email.

Pyne in his element. Christopher Pyne might be the Flava Flav of the Liberal Party — no one knows exactly what he’s for, but he does seem like quite good fun. As his colleagues arrived at Parliament yesterday morning, harried and solemn like family members arriving at a will reading, our boy Pyne couldn’t hide the fact that he found the whole thing desperately amusing. 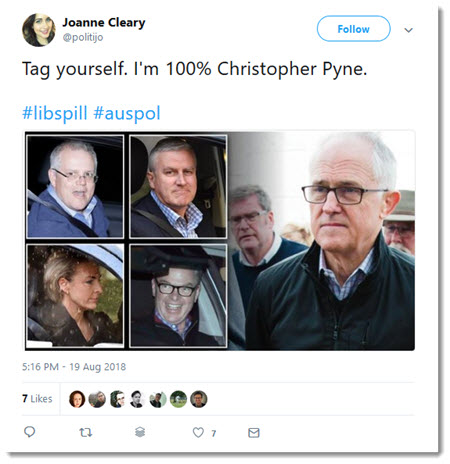 Perhaps he was thinking about the just lovely gag he was cooking up: updating his interests register to include tickets to famously back-stabby show: Hamlet. 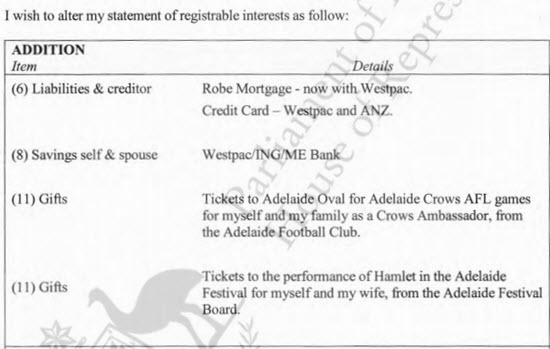 Speaking of thematically appropriate arrivals … What the hell has wrecker-in-chief Tony Abbott been doing with his car? 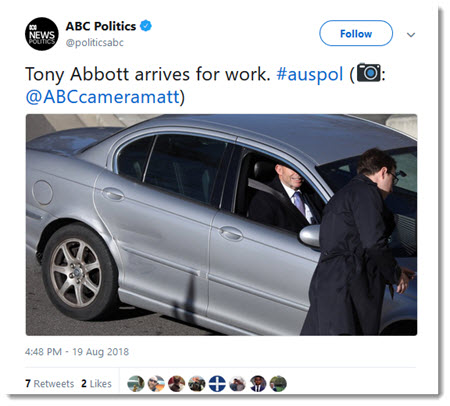 Heard anything that might interestCrikey? Send your tips to [email protected], use our guaranteed anonymous form or other ways to leak to us securely.

They all do that – at least Pyne lets us in on the gag.

He is a ‘fixer’.
In his own phantasy world which is our nightmare.

Got to love the Greens in their current iteration. They make Turnbull look good at politics in comparison

Got to love the Greens in their current iteration. They make Turnbull look good at politics in comparison

Chrissy Pyne! Insipid, little toad he is..I definitely would not like him on my side, that would be akin to inviting a weasel into a hen house!

Chrissy Pyne! Insipid, little toad he is..I definitely would not like him on my side, that would be akin to inviting a weasel into a hen house!