There are plenty of lessons to learn from the past, but let’s get the history right

In the face of increasingly absurd debate about Hitler and socialism, liberals would be wise to read up on the finer details before history repeats itself.

As readers and general Twitter hangers-around will recall, nice liberal Peter van Onselen made a dumb comment about Nazism having been a socialist movement last week, and all hell descended upon him. People pointed out that the Nazis may have called themselves a national socialist party, but North Korea calls itself a democratic republic, Australia calls itself a common-wealth, and McDonalds calls itself a restaurant. Also, that Hitler and the Nazis were bound up with big business from a very early stage.

[Was Hitler a socialist?]

Then it got funny. PVO had a big sooky la la, and stormed off Twitter because he’d been criticised and sledged, and went to think things over at … The Australian, a monopoly capitalist media organisation. Telling, as well as funny, because Twitter — as a place with minimal rules, a simple framework, and ease of entry — is exactly the sort of place classical liberals should love. Twitter is what Hayek called a catallaxy: a place of minimum necessary laws, where free exchange between individuals gives rise to spontaneous orders.

Faced with actual freedom, van Onselen fled to the protection of capital, and in doing so, he echoed the actions of liberals in 1920s Germany. For a while they stood fast against power, trying to preserve the freedom of the Weimar Republic; then, when it started to get too hot, they made their accommodations with monopoly capital. Monopoly capital then of course made its accommodations with the Nazis. How generous of PVO to actually enact Chesterbelloc’s great criticism of liberals: that they will not even take their own side in an argument.

Mind you, some of the defence was almost as idiotic. Socialism is simply a philosophy advocating that a significant section of the economy should be in collective public hands, rather than individually privately owned (yes, yes, don’t @ me about Chesterbelloc). It can be filled with all other sorts of content. It’s absurd and unhistorical to say there was no socialist strand in fascism and Nazism, in their early years. Indeed there’s a far more interesting story to it.

Until 1914, the European Left in the Second International comprised a wide range of parties, from nationalist and non-Marxist groups such as the British Labour Party, across to Bolsheviks, and those to the left of them. When WWI broke out, the internationalism they had all pledged to one another fell apart rapidly, as national patriotism took over. The Bolsheviks and a few other groups clung to internationalism, and when the former triumphed in 1917, a split between the two lefts was instantiated.

Some of those who had reclaimed their nationalism in the split, then felt a kind of glorious release — a permission to be as chauvinist as they wanted. The general anti-Semitism of the period became, in them, virulent; patriotism morphed into a worship of violence, force and domination. For a while, they retained their socialist, redistributive economics. In 1916-17, Italian fascism, emerging from the collapse of Italian pacifist socialism — which had been led by one Mussolini — could be said to be economically “on the left”, for about six months.

The nationalist parties that bubbled away in Germany in the aftermath of defeat included all sorts of radical socialists. But it didn’t last long in either place. Mussolini quickly made a deal with business, and created the philosophy of corporatism — the state as a body, each with its different organs, all of whom are represented as such. Nazism quickly put race and anti-Semitism at the very centre of its politics, minimised and then exterminated its socialist faction, and innovated integrated monopoly capitalism. The Nazis invented freeways, network television, FM radio, spectacular sporting events, concentration camps tolerated by a national public, and Fanta. Sound familiar? Yes, the Nazis invented capitalist modernity.

Classical liberals like to argue that fascism emerged from the dirigiste tendencies inherent within socialism. This is nonsense. For 20 years in the 20th century, the German Social Democratic Party was a laboratory of theoretical innovation about how a genuinely democratic society could be run, and a how a democratic transition to socialism could occur. Fascism and Nazism’s dictatorial nature was a reaction to this — predating the Bolshevik victory in 1917 — arguing that democracy led to weakness and the lost destiny of humanity (conceived in racial terms).

Socialism of a national character went in quite another direction. After repeated defeats in the 1920s, and looking askance at the Bolshevik progression, the Swedish Social Democratic Party — influenced to a degree by Australia; after the Harvester judgement, “the Australian system” was discussed as a socialist strategy for a decade in Europe — refocused on national rather than class lines, and proposed socialism as “the people’s home”. This emphasised universality of services and treatment, generating equality of condition, or the pursuit thereof. This in turn came back to Anglo nations after World War II as a template to be applied to creating a post-war order.

It was socialism, the left, that took the democratic road. It was the right — including liberals — who took the dictatorial one. Today, that is happening again, as the right face a rising tide of demand for change, after decades of neoliberalism and neoconservatism have delivered us stagnation and war.

As one can see in Trump’s America, all sorts of liberals will scuttle to be with the power, whether it’s a blowhard president, or monopoly media which restricts that pesky right of reply to its favoured contributors. It’s happening all over. One of the lessons from the fire last time is for those tempted by power, to understand the degree to which it is happening in themselves. 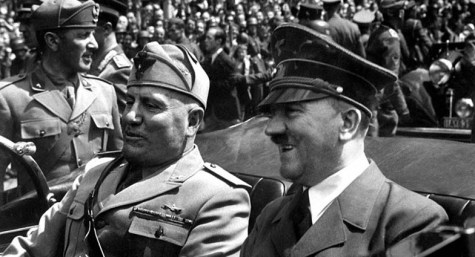 Was Hitler a socialist? 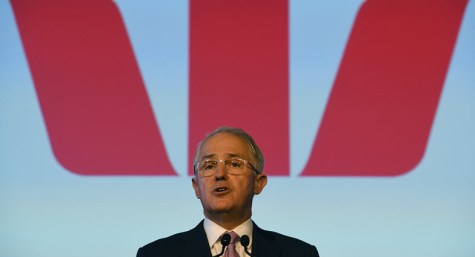 Rundle: the finance sector must be socialised

Pound for Pound, this publications shows more picture of Adolf than any other journal in the country…..a coincidence? Not likely Fritz

Fraser annings offic e tells me that most people don’t even know the significance of the offending term.that says a lot about our education system.

So does your punctuation.
But maybe it only says a lot about the honesty of his office.

Thanks GR. I’m so glad you’re there to wade through, or more likely recall, the tedious history of western democratic forms. Of course the left in the west was trying to do it through democratic forms, they always wanted it to be long-lived, sustainable. It is the right that have always hated not being able to just tell the people what to say, where to go, how to do it, the laughable ‘liberal’ right were liberal right up to the point where the proles actually made decisions about how they wanted to live their lives.

Of course the left did spawn those identity politics, intersectionalist tramps who also wanted to tell people how to live. Both groups suffered from a basic lack of emotional and spiritual maturity to actually live and let live.

It has been a clusterf#@k from go to whoa, only world wars have brought us close enough to let shite slide and live in the only effective way as a large society, as a socialist-market hybrid group, kerbing the excesses of capitalism (in anything it touches) and kerbing the social-justice warriors from the left and their sophist demands.

Good article, Rundle. Nice to get some perspective on how the shit has accumulated around our ankles. Wish I’d had this knowledge when arguing with the PVO’s of yesteryear.

” Also, that Hitler and the Nazis were bound up with big business from a very early stage.”

A little known fact which rarely sees the light of day.

Clear, concise and enlightening. Thank you