Good morning, early birds. Speculation mounts of a leadership spill against Malcolm Turnbull, except it isn't Tony Abbott in the challenger's corner. Plus, former CIA director John Brennan threatens to sue Donald Trump. It's the news you need to know, with Natasha Grivas.

The Age reports that supporters of Home Affairs Minister Peter Dutton say he is leaning toward challenging Prime Minister Malcolm Turnbull for the top job, believing the government is “now in an unwinnable position”. On Sunday, Turnbull held a dinner with party colleagues to “stave-off a leadership challenge”. However, The Courier Mail ($) is reporting that Dutton only arrived to the crisis talks “post-dinner”. The Australian ($) reports that a number of MPs spoke with Dutton at the weekend to pledge their support if he were to challenge Turnbull.

In light of the speculation, a Fairfax-Ipsos poll has the Coalition trailing the opposition 45 to 55 on a two-party preferred basis.

Reuters reports the Afghan President Ashraf Ghani announced a ceasefire with the Taliban starting Monday, to mark the beginning of the Muslim Eid al-Adha holiday. Ghani said: “The conditional ceasefire will start tomorrow and it will continue as long as the Taliban preserves and respects it.” Although a senior official says the ceasefire will continue for three months, it isn’t clear whether the Taliban has accepted Ghani’s call for peace. In the last two weeks the Taliban have been responsible for numerous attacks on Afghan cities that have left hundreds dead and buildings destroyed.

Former CIA director John Brennan appeared on NBC’s Meet the Press where he threatened to sue Donald Trump after he was stripped of his security clearance, The Guardian reports. During the interview Brennan said he realised he had a “bullseye on his back” and that he was prepared to fight back against “yet another example of his [Trump’s] egregious abuse of power and authority”. Trump’s decision to revoke the security clearances of a number of former officials has been called “ill-considered and unprecedented” by 13 highly esteemed national security figures in a joint letter penned to the President.

President Trump’s lawyer Rudy Guiliani spoke on Meet the Press with Chuck Todd, where he explained why the President shouldn’t testify before special counsel Robert Mueller.

“The 2017 budget forecast expenses at $464.3 billion. That increased a little in December but by March it was tracking $3 billion below estimates. Courtesy of good luck and good management, Cormann and Morrison had bundles of extra cash.”

“Those advocating for change in the Northern Territory will tell you the naming and shaming of youth offenders often results in the salacious trials by media, which lack nuance and ignore the vulnerability of those they’re reporting on. And yet the insidious ways the suppression of an offending youth’s identity can pervert the public debate are less often discussed.”

“For years, Erdoğan has been trying to position Turkey as the major regional power, its “natural” position, explicitly reviving the notion of an Ottoman sphere of influence. That is now revealed as hopelessly overextended and overambitious.”

Exclusive images and footage of children in detention on Nauru Island ($)

Even PM’s allies ask: what use is he to us? ($) – Simon Benson (The Australian): “By abandoning what was a core principle, a climate change target, he has risked undermining his own moral authority. Abbott loyalists will decree that Turnbull is now the leader of an ostensibly Abbott government, at least on policy. Turnbull’s colleagues are understandably beginning to ask the central question: what is the point and purpose of a Turnbull-led Coalition government.”

Ramsay Centre or not, Western treasures must endure ($) – Luke Slattery (The Australian): “Right-wing populism is on the rise. Donald Trump is a headache. Howard and Abbott have publicly trumpeted the virtues of Western civilisation and the Ramsay Centre. But that doesn’t mean the conclusions drawn by the anti-Western civilisation brigade are correct. In fact, their thinking on this subject doesn’t seem so much analytical as quasi-religious, coloured as it is by an end-of-days millenarianism.”

Is PayPass the enemy of the young? – Liora Miller (The Age): “Most young people have enough trouble maintaining their schedules and being punctual let alone keeping track of incidental spending. How can they possibly monitor the swipe purchases of takeaway coffees, brunches and cocktails when the impact of them is delayed?”

Talking Point: Clever, hi-tech cities counting the data of life ($) – Jude Franks (Mercury): “Sensors can be the kind that keep self-driving cars on the road and pedestrians safe, but they can also be telling the city which bins need emptying, informing passengers when the bus will arrive, and motorists which carparks are free. Smart cities operate on a variety of scales from Mona’s ‘O’ internal positioning system that tells you which artworks are nearby, to statewide freight tracking systems. 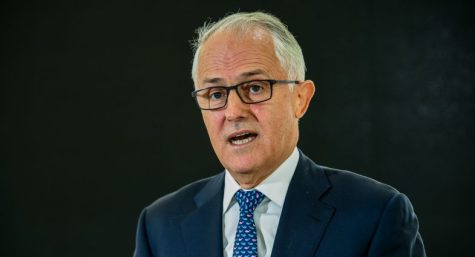 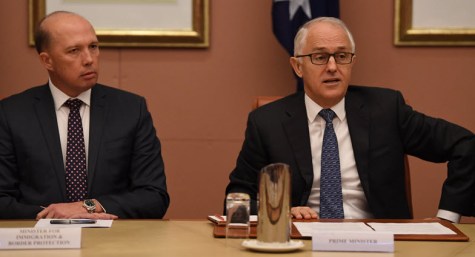 Dutton rallies for another challenge 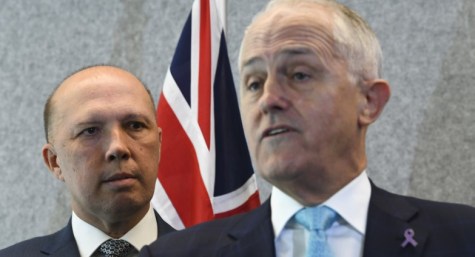 Spy Games…. Given the amount of very serious leaking that goes on there it staggers belief that these former politically appointed hacks are able keep any of their former security assessments. The leaking toads in the US security establishment also hold Australian security information. I’m suprised Trump didn’t scrap all former appointments when his first one-one meeting with the former Mexican leader was leaked virtually live.

Arky writes: Parliament is sitting again — the lead will blow out again. This has literally been the pattern of Turnbull’s PMship. The lead ebbs and blows with Parliamentary sittings, because these are the times Turnbull and the Coalition are exposed to the public. The likes of Mark Kenny have been rightly mocked for taking every opportunity to proclaim that this time Turnbull is turning the corner, really, honest, only to be proven wrong (and of course never acknowledging they got it wrong). Maybe give it another fortnight before doing a Kenny.

Keane: “Malcolm Turnbull’s party room win on the NEG delivers a fatal blow to Tony Abbott’s lingering capacity to hurt his leader.” “The prime minister gave him one and will come out with an easy win.”

Arky: “This does not feel like an easy win to me.”

PS: I still think Keane is the best press gallery hack we have, and the least likely most of the time to be caught up in Canberra Press Gallery Official Narrative hackery, but geez- not a good week there. Wake up call time!