Can activists really push Qantas and Virgin into standing against the government?

It might seem like a big ask, but recent history has all signs pointing to yes. These are proven tactics that are becoming more and more common.

This week activist groups launched a major campaign targeting Qantas and Virgin, asserting the airlines are complicit in Australia’s controversial immigration policy by enabling the deportation of asylum seekers.

It follows the announcement in June that Virgin Atlantic will defy UK governments and refuse to partake in certain involuntary repatriations. US companies including United Airlines, American Airlines have also made similar refusals recently in regards to underage immigrants separated from their families.

The group leading the local action, the Australasian Centre for Corporate Responsibility (ACCR) is set to meet with Qantas representatives today hoping to scare executives into submission with their plans to lobby shareholders and tarnish their brand. They claim the airline’s actions breach the UN Guiding Principles on Business and Human Rights, and they don’t intend to be quiet about it.

While a change of policy may sound like a big ask, it wouldn’t be the first time in the last few years that a large Australian business has cowed to activists to avoid public embarrassment. Last year, the Big Four banks ruled out funding the Adani coalmine after attacks from largely volunteer environmental groups. A campaign by activists also prompted the divestment of major superannuation providers from detention centre Transfield (which has since rebranded as Broadspectrum).

“You’ve got to make it about things that the corporates care about — which is basically their clients, their investors, and their reputations,” he says.

Though there are many ways to do that, a tactic that’s found favour is the movement of resolutions at annual AGMs. Unlike other countries, Australia requires just 100 shareholders to move a resolution for consideration, on which a quorum of shareholders must then vote. Policy and Advocacy Manager at the Australian Shareholder Association, Fiona Balzer says its use has exploded in recent years.

“There’s been a rise in the number of shareholder resolutions, and it’s becoming more professionalised,” she tells Crikey. “As people are doing more of it, shareholders are meeting the deadlines for getting resolutions into the AGMs and more are being moved. Everyone’s becoming more experienced.”

“AGMs are moments where companies are on a particular stage, and they treat that stage really seriously. Opportunities like that are their showpiece occasions and they try to stage-manage that really carefully,” he says.

The resolutions are largely protest motions however, as a whopping 75% of shareholders are required to approve them.

“Even though those resolutions tend to get votes in the order of about twenty-odd per cent, that’s enough of a signal from otherwise fairly apathetic investors that something needs to change. So often you get a company doing what a resolution asked for, even if a resolution doesn’t get enough votes to pass in and of itself.”

He also says the activism sends a signal to similar companies, who then often fall into line.

“Other companies tend to want to avoid that, and end up making the commitment in the first place. So Macquarie, for example, have [committed to publishing how climate change risks their business] this year, without us having to go to a resolution.”

Kelly Albion is the campaign director at the Australian Youth Climate Coalition, an NGO which spearheaded the Big Four banks’ divestment campaign. Their volunteers targeted not only shareholders, but customers and staff.

“We had people standing out the front of bank branches, putting stickers on ATM screens which changed the buttons so you could choose a safe climate future,” she tells Crikey. “We also spent years talking to bank staff out the front of their HQs, handing out flyers or surveying them as they went to work.”

“The brand is very important to the big banks, it’s what they use to sell their product. We often got phone calls after our actions saying ‘Please stop!’,” Albion says.

While corporate activism is certainly nothing new, many in the industry are noticing a definite uptick in this kind of activity.

Balzer says these strategies are becoming more popular in areas like climate and asylum seeker policy, where the politics has become particularly toxic. “People are concentrating on companies because they’re frustrated by the government and the opposition,” she says. “The political system is not seeing these situations resolved, so they’re going more directly to the companies.”

Albion agrees that the thousands of young people who volunteered on the Adani campaign are sick of business as usual.

“Our organisation has more members than the political parties combined. So I think young people are quite disillusioned with politics and more willing to make a difference where they can see the wins, and fight for something that’s bigger than the politicians’ personal brand.”

What do you think of these tactics? Send your comments and responses to boss@crikey.com.au. 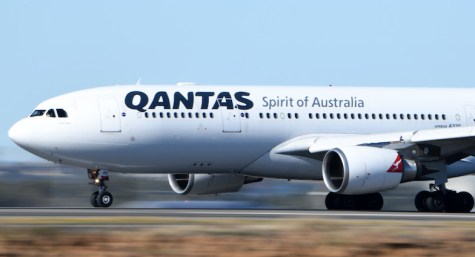 If the LNP will not listen to citizens, then citizens must take whatever action is available to them to effect change. But the LNP is so tone deaf in respect of the wishes of real citizens, they characterise collective citizen action groups as the enemy.

There is a lot of money in SMSFs. Perhaps they prefer not to invest in unethical businesses.

The problem ignored by Marchant is that the policy of offshore detention and repatriation of asylum seekers is overwhelmingly supported by the Australian public. I would be surprised if Qantas particularly acted against such strong public opinion.

When you start ignoring the law of the land in this country…as in this case…where to next?
Anarchy????
By all means change the law…IF you have more than 51% of the population in agreement…democracy in action. That is still to be tested here.

I pay more tax than both Qantas & Virgin pay in company tax. They have no morals whatsoever.