Crikey readers respond to the allegations of mishandled sexual assault complaints in the Greens. Plus, has the media been hypocritical on Emma Husar?

Holly Brooke’s account of sexual assault complaints within the Greens caused some concern and debate among Crikey readers. While any alleged mishandling is to be condemned, is it fair to pin such behaviour to particular political movements or factions? Also, Emma Husar’s “trial by media”.

On the Greens and sexual assault

Patrick writes: When activist organisations become institutionalised they attract those who superficially appear to support their ideals but present a “professional” approach to the political arena. These people tend to amorality at best and have a shifting ideology which enables them to move across the political spectrum. All organisations attract the self-centred and entitled. It falls to all participants to understand that there is no “greater good” that overlies individual abuse. The personal is always political.

Carolyn Woodman writes: I am sorry you experienced this assault. With respect I think you made a serious error in not reporting this criminal behaviour to the appropriate authority. The Greens’ are unlikely to take action that will cause harm to its interests. I think your decision to keep this in-house has actively helped them to do nothing. Your description of your assailant suggests a dangerous person whose behaviour will continue. It is not too late to report this offence, and consider all your options — including some counselling so you don’t suffer in the long-term from this predator.

Peter Grant writes: It is a shame that the Greens have lost a young and energetic member due to the lack of interest in handling the complaint. I do call you out on the Greens as a “social” movement though. For many supporters it is the environmental policies not the social policies that they vote for, especially in regional areas. Capitalism is to blame for so much environmental destruction that there is a need for an anti-capitalist/progressive social movement in politics at the moment but not in the Greens… as you said they are about votes now.

His Holiness writes: All organisations must handle sexual misconduct and harassment matters responsibly and to ensure that powerful individuals who abuse their positions are held accountable. Sadly, there are very few organisations that do it well and the Greens are no exception here.

However, to link the handling of sexual misconduct issues in the party to the dispute between the old guard of the NSW Greens and the more pluralistic new generation with is a grubby exercise in smearing one’s political opponents.

On progressives’ reaction to Emma Husar

BuzzFeed running the lurid sexual allegations which seem to have no credibility at all, cratering Alice Workman’s reputation in the process, is particularly bad. Sanctimonious about Leyonhjelm’s slut-shaming one minute, running sexual smears themselves the next.

Keane: the media is biased against Labor, this is not a conspiracy, it’s just proven over and over again by the double standards. Stuart Robert is still in Parliament while Dastyari was hounded out. Husar is hounded out on unproven allegations, no investigation into Joyce’s activities until facts are on the public record.

“There was no evidence of any misuse of public resources by Joyce or his colleagues” – ARE YOU KIDDING ME? At the very least Joyce broke the code of conduct and found taxpayer-funded jobs for his mistress after moving her out of his own office (after breaking all the workplace ethics in the world by having a sexual relationship with an underling). Whatever you think of the Husar case, going back and trying to whitewash Joyce is crap, complete crap…

Politics in this country won’t improve until the media accepts they have continually stuffed up and need to fix their own reporting. Crikey, God help us, is one of the best sources in the country — and you still knee-jerk to defending the way the media covers politics (but at least you’re willing to kick News/Sky/Fox which is more than most will do).

Meanwhile the Great Barrier Reef fund story and every policy story in the world is playing second fiddle to the idea that Emma Husar is the biggest behind-the-scenes bully in politics — an idea I find pretty unlikely just from observing Malcolm Turnbull and Kevin Rudd.

Send your comments, corrections, clarifications and cock-ups to [email protected]. We reserve the right to edit comments for length and clarity. Please include your full name. 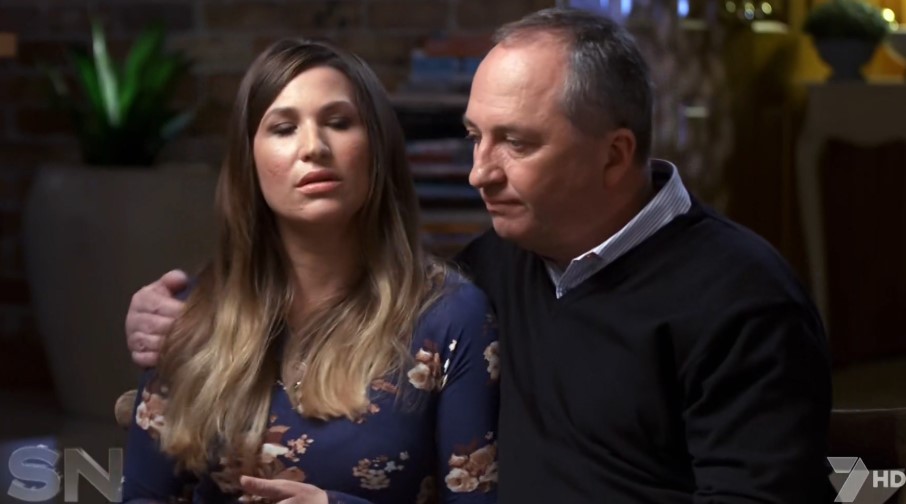 Australian politicians have a track record of trying to restore their reputations through the courts, and this year has been no exception.