Guardian Australia has turned a profit for the first time since its 2013 launch.

Guardian Australia begins to make bank, another book about That Cave, anti-vaccination filmmaker in Australian visa dispute, and other media tidbits of the day.

Guardian’s first profit. Guardian Australia has announced, with great delight, that it has turned a profit. Its financial report revealed a $700,000 profit — the first since it launched five years ago. It’s not turning over enough, though, to repay original benefactor Graeme Wood. Instead, parent company Guardian Media Group, based in the UK, recapitalised Guardian Australia to settle the loan. Guardian Australia now has 65,000 paying members, which accounts for 36% of the site’s revenue. Advertising revenue makes up the rest.

Guardian Australia had a five-year plan to be turning a profit, but Wood strongly denied reports in 2015 that his multi-million dollar investment relied on the website turning a profit by this year.

The book is coming from inside the cave. ABC south east Asia correspondent Liam Cochrane has announced he will also be writing a book about the Thai cave rescue, which he covered for the national broadcaster. The book, published by Harper Collins under the ABC Books imprint, will be published in December — two months after Fairfax’s south east Asia correspondent James Massola’s book on the same topic is published by Allen and Unwin.

In its press release, Cochrane said he wanted to give the “inside story” of what happened.

Anti-vax filmmaker denied visa. The filmmaker behind Sacrificial Virgins, a film about the “risks” of the HPV vaccine — free to Australian schoolchildren to prevent cervical cancer — Joan Shenton was due to present a series of film screenings in Queensland, NSW and Victoria from tomorrow at venues kept secret to avoid protesters. In a press release, the Australian Vaccination-risks Network said the visa had been denied, but clarifies further down that it was being manually assessed and not approved in time for Shenton’s flight from the UK.

Shenton applied for a tourist visa, which AVN founder Meryl Dorey told Crikey was appropriate because Shenton was not being paid. Dorey said Shenton had asked for advice from Home Affairs on the correct visa, and that it has not been granted yet. The Home Affairs Department would not comment on the specific case but said in a statement that it was “the applicant’s responsibility to apply for the correct visa”, and that they should apply in advance. A spokeswoman also said:

All non-citizens seeking to enter Australia must meet the character requirements set out in the Migration Act 1958 and can be refused a visa if they fail to do so. For visitors who may hold controversial views, any risk they may pose will be balanced against Australia’s well-established freedom of speech and freedom of beliefs, amongst other relevant considerations.

Who runs the world? Beyonce has been given unprecedented control over her cover in Vogue, which has included having the first black photographer — Tyler Mitchell — shoot the fashion magazine’s cover photo. Huff Post reports that Beyonce has been given full control over the cover, the photographs inside the magazine and their captions. Editor-in-chief Anna Wintour has complete control over the storied fashion magazine, including what the cover model wears, according to the report:

Wintour typically prefers to hire fashion photographers with more traditional experience and likely would not have selected Mitchell for a cover shoot, according to a source familiar with Vogue’s editorial process. ‘The reason a 23-year-old black photographer is photographing Beyonce for the cover of Vogue is because Beyonce used her power and influence to get him that assignment,’ the source said.

Glenn Dyer’s TV Ratings. Ninja champions one year, flopperoos the next. Nine’s Australian Ninja Warrior went head to head last night with Ten’s MasterChef  in the battle of the grand finals and MasterChef ended up an easy winner. The real story from last night was the collapse in the 2017 bubble around Ninja Warrior. Ninja’s 2017 grand final averaged 3.08 million, making it one of the most watched programs of 2017. Last night the final stage could only manage a touch over half that figure — 1.57 million. Last year’s final was helped by being broadcast two days after the final of MasterChef when Ninja ate into MasterChef’s audience. Read the rest at the Crikey website. 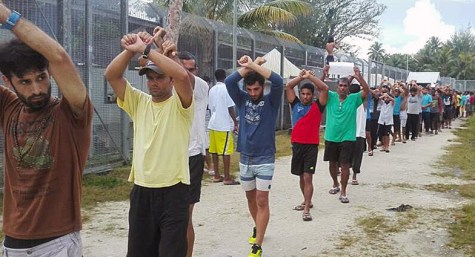 How Australian news outlets are covering the Manus crisis 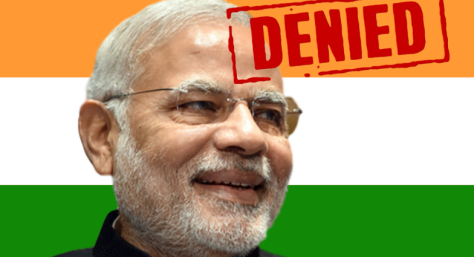 Considering how little we pay for our reading, perhaps we should be contemplating paying for the rest of our respective newspaper’s revenue. There have got to be ways of persuading the general public to pay for something that we have been getting for free. After all, someone managed to persuade us to pay for plain water in a bottle.

Maybe the graun can celebrate by having more local content – not including click bait.
Tell me I’m dreamin’
(I pay annually what I once did for the international weekly edition.)

Good point, AR. If Google etc are able to use my location to automatically target me with advertisements for local industries, perhaps the e-newspapers could automatically target me with local news. And if I let it know my special interests, it could filter its resources to provide me with the stories I want to read. Perhaps the newspaper could automatically buy links to those stories on my behalf, from my subscription. I would be paying for the filtering service as much as I would be paying for the journalism.

I suspect the Guardian would have even more profit if they asked the present Australian site’s political editor to step down from that role and into that of an opinion writer where she is far more suited.