The sinking of the Fairfax mission into Channel Nine will see a doubling down on mass appeal reportage.

If take-overs and mergers are what you do when you’ve run out of ideas, then the Nine-Fairfax merger makes perfect sense, because both companies seem at a loss to how to deal with the  challenges of the destruction of the 20th century advertising driven media model.

But for Australian journalism is that the deal involves doubling down on the bet that got both companies where they are today.

Traditional companies like Nine and Fairfax remain trapped in the 20th century paradigm of “mass” because mass delivers advertising. Yet as advertising has fled traditional media for the big tech platforms, each company has responded by trying to consolidate its own “mass-ness”.

Back into the final decades of last century, both Fairfax and Nine made a virtue out of their commitment to diversity and quality, at least as far as news and journalism were concerned. Piece by piece, this diversity has been dismantled, as content has been aggregated and massified.

This means losing any content where the cost cannot be amortised over multiple outlets. As a result, Canberra has all but displaced state politics. Finance is a purely national play. Even in sport the volume of content means that both rugby league and AFL are rammed down the throats of one uninterested audience or another.

It’s meant a focus on cheap to cover, high impact news: appealing to the “If it bleeds, it leads” zeitgeist. It’s meant the manufacture or appropriation of events such as the Thai cave rescue into a news version of reality television, events which lend themselves to hours of must-watch broadcasting and acres of explainer news-print.

At the same time, the aging of the news demographic — particularly at both Fairfax and Nine — has encouraged all traditional media into the confirmation bias cycle of the good old 1950s when (non-Anglo) immigrants knew their place.

Watch all these trends to accelerate in the new “unique, all-platform, media business” that will emerge.

The synergies will inevitably mean fewer journalists, probably working out of a common space. In Sydney, Fairfax has already arranged to move out of its Pyrmont premises, so, from a real estate point of view, this comes at a good time.

Still, how a merged multi-platform newsroom operates remains an open question. In Perth, Seven West Media offers a model, but not necessarily an attractive one for diversity of stories.

Theoretically, a merged newsroom could mean more stories. More likely, it will mean, at best, more of the same sort of mass focused stories.

Watch for other synergies through cross-promotion across platforms, perhaps joint investigations between the SMH, The Age and 60 Minutes. Wonder which investigative culture will win out? (Hint: back the one with perceived mass appeal.)

The deal marks the penultimate step of the application of financial re-engineering in Australia to solve the challenge of a failing media business model. This comes in face of all the case studies to the contrary including, just this week, the gutting of the newsroom of the New York Daily News following its takeover by Tronc.

And now that Nine and Fairfax have merged, how far off is a similar arrangement between News Corp and Seven? 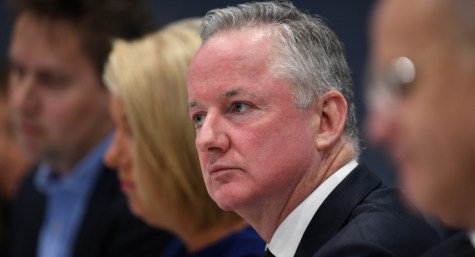