Welcome to Side View — a curated guide to new and overlooked content on politics, policy, and public affairs. This week: the coming facial dystopia, Communists vs Aliens, and the data on Australian sexual assault.

What’s the world’s most consumed product? Water, obviously. And second? Concrete. Humanity has a ravenous appetite for the stuff… which is a problem because it is deeply carbon-intensive.

In fact, many projects designed to reduce carbon emissions in sectors like electricity use colossal amounts of concrete. What are we doing to fix this? Not much. What does an individual do when trying to minimise their carbon footprint? Is it actually possible at all to lead an ethical life in the modern West? Probably not, but that’s no reason not to try.

Overconsumption is less of a problem in Japan because not merely is the Japanese population falling, but Japanese people are having less and less sex, even within marriage. The BBC’s Seriously podcast investigates why.

I had some articles last week on why liberalism ain’t dead. For variety: an argument for why Barack Obama’s “let’s all come together” liberalism Doesn’t Get It, while a new book on the rise of “authentocrats” explores the ways liberals try desperately to show that they understand working class resentment… despite not having a clue about how complex it really is. THE WEEK IN TRUMP

A former Russiagate sceptic recants and says there’s something deeply worrying about Trump’s groveling to Putin, but another says Trump’s getting a raw deal. Time for some serious — but non-violent — “incivility” in the US, says one Trump critic. And US resistance to regulating the internet (except in its own commercial interests) has left the door open to the Chinese and the Europeans to pursue their own competing agendas of tyranny and privacy.

OK here’s your regular dose of consumerist dystopia. Let’s start with something fairly standard: a new vacuum cleaner can be easily hacked to spy on you and send data (seriously, why do we need an internet-connected VACUUM CLEANER) and PayPal’s mobile payment service is a privacy disaster.

Now here’s one that seriously scared me because there is nothing you can do about it except demand politicians do something. Ubiquitous facial recognition is coming and, if left unregulated, will likely have profound consequences for the way we interact in public. Just imagine a world where you can identify and instantly obtain information on most of the people around you.

Australia is now a significantly safer place in terms of both personal and property crimes — ABS data released last month shows that reports of crimes fell across most types of offences in recent years. But there’s one area that has increased significantly: sexual assault. This suggests women — who make up more than 80% of the victims of sexual assault — are now more confident in reporting sexual crimes against them. Whether a similar phenomenon is at work in relation to domestic violence isn’t clear; we’re still not properly collecting national domestic violence data, as the absence of Victorian data in the ABS’ collection shows.

Ellen Muller considers our fascination with treating former mental health wards as objects of supernatural horror; Felicity Chaplin navigates the cross-currents of #MeToo and David Bissell has a new book on our favourite subject of commuting!

The Marxist view on UFOs. Who was the “first to synthesise the heretical fields of Marxism and ufology”? No, it wasn’t a Russian bored to death as Tarkovsky’s Solaris neared its third hour. 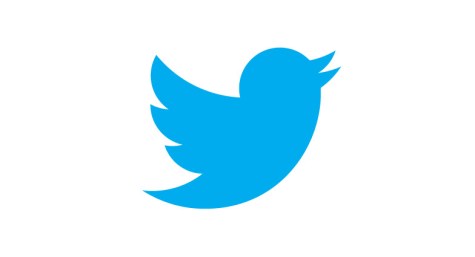