A new generation of moguls might understand disruption but have a slightly looser understanding of the truth.

Facebook CEO Mark Zuckerberg had what Australians might call a George Brandis moment in his defence of providing a platform to holocaust deniers and other hoaxes.

While Brandis was deliberately pithy (“people have the right to be bigots”), Zuckerberg was more stumbling in a lengthy interview with Recode’s Kara Swisher last week, saying: “I don’t believe that our platform should take that [denialism] down because I think there are things that different people get wrong … It’s hard to impugn intent and to understand the intent.”

After cries of “WTF?” rippled across the internet, Zuckerberg made a clarifying statement summing up the dilemma: “Our goal with fake news is not to prevent anyone from saying something untrue — but to stop fake news and misinformation spreading across our services.”

Zuckerberg was not the only tech titan to stumble between freedom of speech and truth. Tesla chief Elon Musk was forced to apologise (rather mealy-mouthed) about his “pedo guy” jibe at one of the Thai cave rescue divers who had criticised the Musk mini-sub sideshow.

And both followed the more serious secrets and lies behind last month’s grand jury fraud indictment of Elizabeth Holmes, the founder of the former Silicon Valley unicorn, Theranos. Holmes’ story had been sufficiently compelling to persuade Rupert Murdoch to invest US$125 million — his largest ever non-media play — but not compelling enough to convince him to block the exposure of the company’s falsities by Wall Street Journal reporter John Carreyrou.

These stories tell us that the skill set of understanding tech disruption — and how to monetise it — doesn’t necessarily match understandings outside that skill set — like the epistemology of truth.

Through the 20th century, journalists grappled with this question at a practical level. The solution, expressed in codes of ethics and professional practice, was to be absolutist about truth, while opinion contended freely. While media critics may claim this distinction is broken, it long justified media’ social license in a democratic society. It was entrenched in the defamation defences of “truth” and “fair comment”.

It’s a distinction the big tech platforms seek to wilfully elude. To accept it would mean accepting that Facebook is a media company, rather than, say, a utility as neutral about what it delivers as Australia Post.

However, both government regulation and the advertising market is pushing Facebook to be a publisher: reviewing and moderating — perhaps even editing — content. If traditional media have to accept this responsibility under their social license (to say nothing of defamation) then why should social media be immune, particularly when they all compete on the same advertising model?

And that’s before fake video and audio becomes widespread.

False news, says the voice of business, has a real impact. It hurts share prices and damages sales. The HBR says: “we have no solid estimates of how much damage misinformation has caused individual businesses. But the frequency of such events suggests that it is a real and growing problem.”

But the cure may be worse than the disease. The Information’s Jessica Lessin says Facebook “is arguably the world’s most powerful utility, providing more than two billion people access to information and speech. That’s roughly half the broadband internet population. You can’t shut down people’s access to such a large audience lightly.”

Meanwhile, while the new tech titans were struggling with truth and freedom of expression, the old titan Rupert Murdoch was demonstrating how to better put the two together in managing his public image, with the release of photos of the 87-year-old at the beach at St Tropez on the arm of his fourth wife Jerry Hall.

Murdoch has been rarely seen since his apparent fall on son Lachlan’s yacht in January. Yet his hands-off handling of his paper’s reporting on his Theranos’ investment showed that perhaps there’s still something for him to teach the new kids on the block. 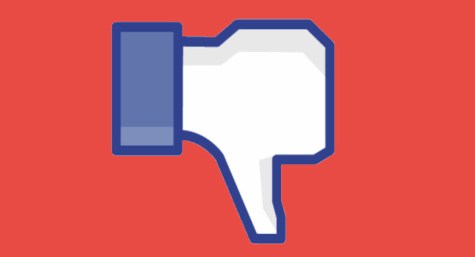 Murdoch handling his own PR? FUX News?
“This is the most humble day of my life”.

How disappointing that the cave diver, Vernon Unsworth, didn’t sue Musk for the ‘pedo’ comment. Some elites think money buys anything, including the right to recklessly mouth off. It would be gratifying to see Musk having to pay out for this false perception.

Zucciniburger’s business should be liable for what it distributes to some degree, it should also pay tax.
Farcebook profits from selling information and advertising.

The difficulty is that Mr. Zuckerberg has made so much out of the sale of personal data (the real purpose of facebook) that no fine could serve as punishment or a deterrent. None of the problems of privacy and the abuse of private information will be solved until we make executives of the companies (and members of parliament) accountable and subject to prison sentences.

The sort of story that, had the paper refused to publish, the reporter will just sell elsewhere – and with it the fact that Murdoch tried to kill the story, thus associating himself with criminality?

Please, the editor wouldn’t need to call Rupert to know that he has to run that story.

I understand the desire to say Facebook should be held up to some code of ethics, but the premise of the article relies on the idea that even the much-maligned Murdoch media holds up to some minimum level of ethics and Facebook and co should aspire to be like them. Um, what?