Good morning, early birds. Julie Bishop is set to challenge the Trump administration on Russia. Plus, Labor has a tough week ahead in the Super Saturday byelections. It’s the news you need to know, with Chris Woods.

Foreign Minister Julie Bishop will tomorrow urge members of the Trump administration not to turn a blind eye to Russia’s global behaviour, including its alleged role in killing 38 Australians in the MH17 tragedy.

The Australian ($) reports that Bishop will ask the US not to “reward Russia for their bad ­behaviour”, including the annexation of Crimea, at a meeting with US Secretary of State Mike Pompeo in San Francisco during the July 23-24 Aus­tralia-US Ministerial Consul­tations (AUSMIN).

Bishop has said the meeting, where Defence Minister Marise Payne will also talk with US counterpart James Mattis, would also form an opportunity for Australia to better gauge Trump’s “unorthodox approach to foreign policy”.

New polling has Labor set for a rough week ahead of the five Super Saturday byelections, with Longman (Queensland) and Braddon (Tasmania) both looking like nail-biters.

The national Fairfax/Ipsos poll has the Coalition at 49-51 against Labor, a relative-jump compared to a 47-53 loss last month, while Prime Minister Malcolm Turnbull has brought his preferred-PM lead against Opposition Leader Bill Shorten to a two-year high with 57-30.

And while the Coalition is not running in Perth or Fremantle, The Courier-Mail ($) has the LNP at a 51-49 lead in Longman, thanks in part to a primary vote jump to One Nation, while The Mercury ($) has each major party at an equal 50-50 in Braddon. Finally, The Advertiser ($) has Centre Alliance’s Rebekha Sharkie at an easy 18-point lead over Liberal candidate Georgina Downer for the seat of Mayo.

FIVE YEARS OF MANUS AND NAURU

Thousands of Australians have marched over the weekend to protest the fifth anniversary of the Manus Island and Nauru detention centres. Demonstrations started outside electorate offices early last week, rallies continued in most major cities on Saturday, and protests ended in Newcastle and Kerang yesterday.

The New York Times reports that Iranian journalist and refugee Behrouz Boochani, who has been detained on Manus since 2013, wrote a message of thanks to be read at the events.

Daniel Andrews utters those magic words Victorians (and anyone who has visited the state) have been waiting to hear. In entirely unrelated news: there’s an election coming up in November.

“If all publicity is to be deemed good publicity, the right-wing fringe of Australian party politics has clearly been on a roll in the past month. In that time, Clive Palmer has moved his political comeback from the billboards to the Senate, through his recruitment of One Nation castaway Brian Burston; Liberal Democratic Party Senator David Leyonhjelm has made a pitch for the alt-right troll vote through his profile-raising offensive against Greens Senator Sarah Hanson-Young; and Mark Latham has made common cause with Pauline Hanson in the campaign for next Saturday’s Longman byelection.”

Could potential ABC review head have a conflict of interest?Glenn Dyer and Bernard Keane

“Does a key figure in the government’s ongoing war on the ABC have an emerging conflict of interest? A few weeks back, former Foxtel head Peter Tonagh was flagged as the likely head of the government’s latest attack on the national broadcaster, yet another ‘efficiency review’, to be conducted with former senior ACMA executive Richard Bean.”

The rise of the fully sponsored TV showEmily Watkins

Mistaken belief in sexual consent should not be a crime: barristers

Watchdog failed to act on warning over super fees ($)

Budget office fills gap left by politicised Treasury — Ross Gittins (The Age): “I see the federal Auditor-General has been less than complimentary about the Turnbull government’s cashless welfare card. The cheek! I say the man should be removed and replaced by a Liberal Party staffer forthwith. Always provided the staffer has done at least a year or two of accounting at uni, of course. Wouldn’t do for voters to gain the impression his chief qualifications were his years of loyal service as a ministerial flunky.”

There is no social licence for My Health Record. Australians should reject it — Julia Powles (The Guardian): “The ADHA’s bullish approach jeopardises the legitimacy of the entire scheme, and it also accentuates the staggering disconnect between the move to commit all Australians to a system that will hold their data for their lives plus 30 years, and the degree of uncertainty about how that data will be used, by whom, and for what.” 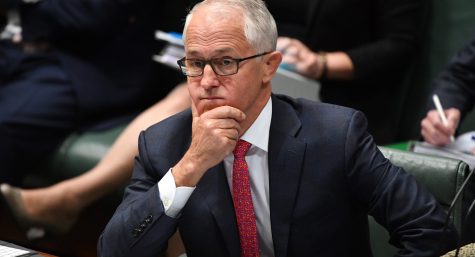 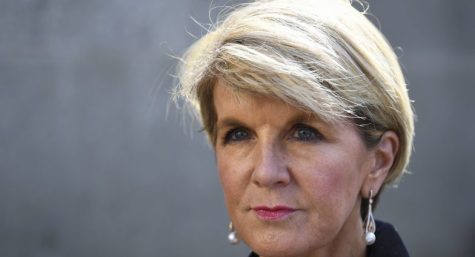