Leyonhjelm, Palmer, Bernardi — with so many right-of-centre micro-parties playing musical chairs, who will end up with a seat once the music stops?

If all publicity is to be deemed good publicity, the right-wing fringe of Australian party politics has clearly been on a roll in the past month.

In that time, Clive Palmer has moved his political comeback from the billboards to the Senate, through his recruitment of One Nation castaway Brian Burston; Liberal Democratic Party Senator David Leyonhjelm has made a pitch for the alt-right troll vote through his profile-raising offensive against Greens Senator Sarah Hanson-Young; and Mark Latham has made common cause with Pauline Hanson in the campaign for next Saturday’s Longman byelection.

Each is pitching to an electoral market in which further competition is provided by Cory Bernardi, Jacqui Lambie and, to stretch the definition a little, Nick Xenophon and Derryn Hinch.

This is despite expectations that the reformed Senate electoral system would promote consensus-building among those who had been previously been able to wall themselves off in small party fiefdoms and limit co-operation to preference arrangements. In the absence of group voting tickets, the experience of the 2016 election showed small party voters were just as maverick as their leaders when it came to allocating preferences.

With how-to-vote cards having no impact at all, small parties rarely received more than half the votes from even their most like-minded rivals when they were excluded from the count. This can be illustrated by the experience of David Leyonhjelm, who bitterly opposed the new system when it came before the Senate in early 2016.

Leyonhjelm’s election in 2013 is remembered for the 9.5% share of the vote he scored in large part due to Liberal voters encountering his Liberal Democrats as the first name on a bewilderingly large ballot paper.

However, the other half of the equation was that his party formed part of a micro-party preference network that collectively accounted for around 20% of the vote, of which he ended up being the beneficiary. But in 2016, when a less fortuitous (though still pretty handy) ballot paper placement cut his primary vote to 3.1%, Leyonhjelm was only able to boost this 6.1% after preferences.

This was enough to win him the last of the twelve seats on offer under a double dissolution, but well short of what he will need with only six seats on offer at the next election.

If Leyonhjelm is to stand a chance, he must court the micro-party base through direct appeals rather than preference deals – which he may think can be achieved through provocations against the politically correct metropolitan left.

Be that as it may, Leyonhjelm has formidable competition to overcome from One Nation, which for all its travails is polling at nearly 7% in New South Wales, and must also reckon with Shooters Fishers and Farmers and the Christian Democrats, who have deep roots in New South Wales politics.

His task will surely be all the harder if, as the party hopes, One Nation presents him with competition from a political bomb-thrower as skilled as Mark Latham. Latham is at present a member of Leyonhjelm’s party, but the only plausible path to parliament it can offer is in the New South Wales Legislative Council, which is unlikely to be a match for his ambitions.

With the right-of-centre vote splitting in so many directions, it’s entirely possible that nobody will be left holding a seat when the music stops.

Latham has evidently given some thought to this difficulty, which is by no means unique to New South Wales. Speaking on Sky News last week, he noted that an alliance of some kind could help the small parties put up a stronger fight against the common major party enemy.

However, such an alliance could only be genuinely effective if it involved a united slate of candidates, so as to prevent the various parties from directly competing in any given state. Given the fractiousness that right-wing parties consistently demonstrate in their internal affairs, it is very hard to envision such an agreement coming about.

What do you think the chances of these various far right parties are? Write to us and let us know at boss@crikey.com.au. 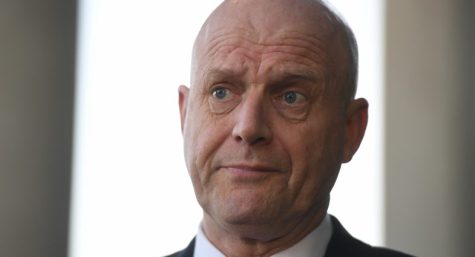 Camp followers one an all.
None of these characters are at all interested in the Public good.

In Turnbull calling a double dissolution election in 2016, with its lower quota for Senate election, he put off the reckoning that will have to come for small groups no longer able to rely on back-room preference deals. I suspect the 2022 election will see a lot of consolidation, once the upcoming lesson of 2019’s election is learned.

Apart from the usual political brilliance of Talcum in going D/D there was another novelty in the last Senate ballot – the damnable Line was gone, the bastard child of PJK & sundry suspects.
If the electorate were to be aware of the huge increase in the power of their vote and person, they might become fully engaged and vote accordingly.
The Senate in each State, is now, effectively, a single electorate with multiple Members. (MME, like much of northern Euroland.)
Places are selected by strict proportionality.
Simples.

Bunch of rentseekers uninterested in public service, just getting more money and more soapboxes from which to spruik their wares (which usually include a spiel about how they are being silenced and censored, which only makes me wish I was being as silenced and censored as Mark Latham or Andrew Bolt).