Do we really need Sacha Baron Cohen back?

Welcome to Side View — a curated guide to new and overlooked content on politics, policy, and public affairs. This week: the latest declarations of the death of liberalism, "purity" on the internet, plus Indigenous women who should be in the history books.

Has Trump finally found a line he can’t cross with impunity? Even Newt Gingrich and Fox News commentators were attacking him after his groveling to Putin. But John McCain — who’s been no friend of Trump — took aim at the president with a statement that not only hit its target, but ran over it then backed up to do it again. For a more considered view, former Dubya penman David Frum says Trump is now a national security emergency.

Is liberalism dead? No ideology has had its last rites read more often so let’s be careful burying it now. At American Conservative, a writer takes issue with the latest declaration (from the right) that liberalism has failed.

Elsewhere a new book undertakes the gruesome but important task of dissecting the “pick-up” industry, in which men teach other men the behavioural algorithms of sexual conquest — and makes some surprising, as well as disturbing, discoveries. Sacha Baron Cohen is also back and owning right-wing figures, but do we need his comedy-provocations in an era of fake news?

Anthony Powell, British between-the-wars and post-war novelist, has long been seen as a kind of lesser, English Proust in his Dance To The Music of Time series (in which he explicitly pays homage to À la recherché). At the London Review of Books, Perry Anderson takes on the prodigious task of a definitive comparison of the two. 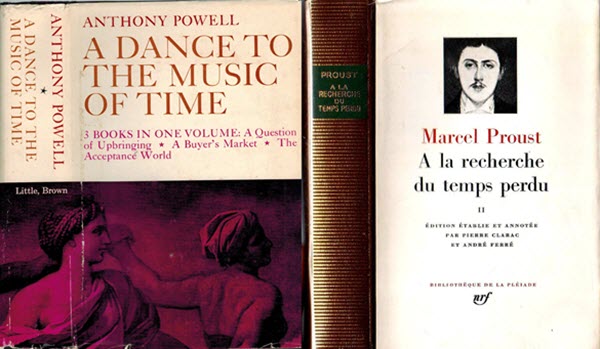 I love both, but far prefer Proust; Powell can feel like thin gruel compared and his (and Waugh’s) stereotype of the diffident but somehow sexually successful English artist has dated badly, so I think Anderson has overegged his praise of the Englishman.

Remember when 3D printing was going to conquer the world? OK, this time, it really is going to. No, seriously. How can forensic linguistics help to catch child abusers? So much for my paternal encouragement to my kids — “finding your passion” is bad career advice, so the science says. And why do soccer players all make the same gesture when they miss? (I never realised — but they do).

In an attempt to fix our history books, Natalie Cromb lists five awesome Indigenous women who you may not have heard of despite remarkable achievements: learn about them. I also loved this Mel Campbell piece on the concept of purity on the internet (and not just for the dog pic). And Kate Cantrell on the phenomenon of student sexual harassment of academics.

The planet has reached and passed peak workforce. Population data from the World Bank shows that the global population aged 15-64 (the blue line) peaked earlier this decade as a proportion of the overall population.

There aren’t too many more where they came from, however, as the proportion of <14s (the red line) continues its decades-long decline. That black line, the >65s, will soon exceed 10% and keep going up. Who’s going to look after them as they advance into old age?

It’s just gone a year since Simon Holmes of, inter alia, The Hummingbirds passed away. The Hummingbirds were the greatest Australian pop band (yes, even better than the GBs), as tracks like ‘Two Weeks With a Good Man In Niagara Falls’ and ‘Tuesday’ will attest (and fortunately, Alannah Russack is still performing). Holmes was farewelled with this wonderful piece of writing by Tim Byron that explores a remarkable and lifelong passion for music.

One thought on “Do we really need Sacha Baron Cohen back?”