Mayo candidates talk climate, the world's most boring announcement, and My Health Record has teething problems.

Downer remains missing on climate change policy, overwhelming demand for opting out of My Health Records and the most magnificently dull media release of the month.

A Downer on climate policy. Dynastic Mayo candidate Georgina Downer has been the government’s go-to when they need someone to nod in the background of a press conference. Elsewhere, though, she’s been harder to find — particularly on the topic of climate change.

We know what her employers at the Institute of Public Affairs think; consistently championing the cause of the Australian’s favourite scientist Peter Ridd in particular, and several other climate skeptics. She certainly never distanced herself from that view when she wasn’t running for office.

What a shame then, that at tonight’s candidate event in Adelaide Hills, Downer isn’t able to make it (the only major party candidate to decline). It could have really cleared things up. Most boring announcement of the month? As with any media outlet, we receive all manner of “news” announcements and sometimes we get something that piques a sublime level of indifference. On Friday, Ms Tips was notified that Western Sydney Airport invites registrations of interest for a Visitor Centre.

An on-site visitor centre will give the public a first-class ticket to see Western Sydney Airport unfold in front of their eyes. WSA Co, the Government-owned company building Western Sydney Airport, has invited registrations of interest to finalise the design and build the visitor centre, which will include a construction viewing area and interactive exhibition. Federal Minister for Urban Infrastructure and Cities Paul Fletcher welcomed the announcement…

The visitor centre which, to be clear, is to facilitate viewings of a construction site, was announced by three (three) MPs — Minister for Urban Infrastructure and Cities Paul Fletcher, Assistant Minister for Finance David Coleman and Minister for Defence Marise Payne. It also inspired a second media release from the WSA Co. Just about everybody wanted a piece of the adulation one gets from announcing a window looking out on a building site.

Opt-out fails. This morning is the first day people are able to opt out of the My Health Record process which will prevent the government from harvesting your health data.

Why would one worry about entrusting your private health information to the government? Well, there was that unpleasantness with Andie Fox. And the ongoing risks of the PageUp hack which affected several government departments — including the mass surveillance architects themselves, the Attorney-General’s Department. Or just the general spate of data breaches in the public and private sectors.

For whatever reason, though, the stampede to opt out appears to have shaken the myGov website into dust, with several people reporting on social media that the website has crashed. People have until October 15 to opt out.

Yet more calls for internet filtering 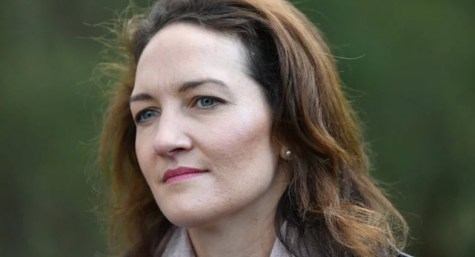 I was obviously part of the stampede. I managed to opt out shortly after 9 am this morning.

Vote for the destroyer of aspirational hard working middle class Australians, the Institute of Public Affairs; vote for Georgina Downer prominent member of the IPA and Liberal party star candidate. You will continue to enjoy flat-lining wages; wage cuts; high energy prices; increasing government debt (yes, yes, I know its all good debt); a almost fucked NBN; free taxpayer monies to Rupert Murdoch NewsCrap and Foxtail organisations; and soon to be demolished ABC and SBS. If you like all that, …vote for Georgina Downer.

I don’t understand the reference to MyGov crashing because of people opting out of MHR. The MHR opt-out portal is separate to MyGov – https://www.myhealthrecord.gov.au/for-you-your-family/opt-out-my-health-record .

Why would the Downer expose herself to more ridicule?
Bad enough to be related to Lord Bunter of the Bunyip aristocracy.