Remarkably, Australia is putting its relationship with China in potential trouble by acknowledging Taiwan as a country.

Earlier this month, the Federal Court heard an urgent application for a two-year-old girl to be brought to Australia for medical care. She has autoimmune encephalitis and was born on Nauru to asylum seeker parents. Her condition is complex and life-threatening and she could not be adequately treated on Nauru.

The girl had previously been transferred from Nauru to Papua New Guinea for treatment — a move that came at significant cost, and was against the advice of the Australian government’s own contracted medical service provider, who urged that she be immediately medevacked to Australia. The court heard that this decision was a farcical exercise as the hospital in PNG provided “sub-standard treatment”.

During the hearing, the Minister for Home Affairs denied that her transfer to Australia was warranted, but did not point to alternative third countries with adequate facilities where she could receive treatment. This push, for asylum seekers in need of medical treatment to be transferred to any country other than Australia, is part of Australia’s newest “solution” to offshore processing.

Last month an undisclosed deal between the Australian and Taiwanese governments was revealed, which allows for critically-ill asylum seekers held in offshore detention to be transferred to Taiwan for medical treatment, where such treatment is inadequate or unavailable on Nauru.

The arrangement is financed by the Australian government and operates under a top-secret memorandum of understanding between Australia and Taiwan signed in September 2017. It took effect in January this year. Since then, there have been at least 20 transfers of people seeking asylum to Taiwan.

Medical transfers of Nauruans are common practice. Nauru has one small hospital with limited medical facilities. People on Nauru in need of medical treatment are often sent to Australia, Singapore, Fiji or Taiwan. Nauru and Taiwan are diplomatic allies and have a long-standing agreement for medical cooperation. In exchange for Nauru’s UN General Assembly vote recognising Taiwan as a state independent of China, Taiwan makes its facilities available to Nauru and even funds the solar panels to power the Nauruan parliament building. Taiwan is Nauru’s largest aid donor second to Australia.

What is shocking about the Australia-Taiwan arrangement, however, is that in an attempt to prevent medical transfer to Australia, the government has secretly been transporting critically ill asylum seekers to a country with a poor record for protecting asylum seekers and refugees.

What is more, the arrangement between Australia and Taiwan seems to acknowledge Taiwan as an independent state; the Migration Act provides that agreements of this kind can only be made with other countries. To maintain a hard line against seriously unwell asylum seekers, Australia is risking its diplomatic relationship with China and contradicting its own stated policy that it abides by a “one China” policy and does not recognise Taiwan as a country.

Australia bears the duty of care for asylum seekers in offshore detention and is the final decision-maker about all medical transfers from Nauru and Manus Island. The Federal Court of Australia found so at least three times in the last year, and the Legal and Constitutional Affairs References Committee concluded the same last year.

Despite this duty of care, Australia has elected to send unwell asylum seekers to a country whose law does not recognise the concept of “refugee” or “asylum seeker”. Taiwan currently has no protection framework for refugees and asylum seekers and the Taiwanese government continues to delay passing refugee legislation, which has been before the legislature for 15 years.

Taiwan is also in breach of its own law, which prohibits (in all circumstances) the extradition, deportation or removal of a person from Taiwan where there are substantial grounds for believing that their life or freedom will be threatened. Despite this absolute prohibition, there are multiple cases since 2014 where the Taiwanese government has forcibly returned people to a risk of torture or cruel, inhuman or degrading treatment including capital punishment.

The Australian government is failing its duty of care to critically ill asylum seekers on Nauru and continues to demonstrate the extraordinary lengths it will go to, to prop up its policy of ensuring they do not gain entry to Australia. Australia needs to rethink its Taiwan deal and bring unwell asylum seekers on Nauru to Australia for treatment without denying them access to support services. Its policy imperative cannot dictate the duty and standard of care owed to them.

The Australian public should also be asking serious questions about Australia’s underhanded dealings with Taiwan and the secrecy that the current offshore policy continues to be shrouded in. This secrecy fundamentally threatens democracy, government accountability and transparency, and Australia’s diplomatic relationships. 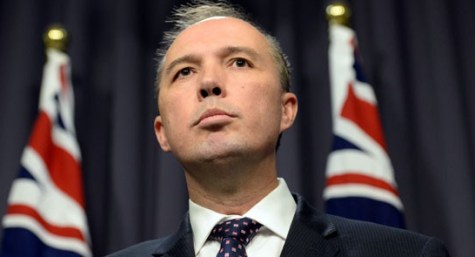 Nobody recognises Taiwan as a state independent from China. The Taipei authorities themselves haven’t taken that step, at least not yet. Some governments recognise the Republic of China, which governs Taiwan and some coastal islands, as the government of China instead of the People’s Republic of China.

So as in so many areas these days, breaking the law has no comsequences. It’s that Impunity thing. In the US, it’s called Trumpist. Here it’s just a Born-To-Rule thing.

I thought the Abbott opposition-LNP kaiboshed the ALP-Malaysian refugee swap plan a few years back because KL wasn’t a signatory to the UNHCR or similar? You’d think a country that doesn’t exist wouldn’t have it’s name scrawled on the same document, or are we now being being a tad hypocritical?

The latter. The excuse might be that Nauru has diplomatic relations with them so it can make bilateral agreements.

What we need is an open, honest and transparent government!