On interest rates, the Australian Financial Review likes it both ways

As Crikey has pointed out, the Australian Financial Review has been on a campaign lately for higher interest rates, apparently as a punishment for the moral laxity of loose monetary policy. Actually, we suspect it’s mainly because the Fin is desperate for things to write about, but the campaign has, apart from the usual suspects like Warwick “Never Met a Rate Rise He Didn’t Like” McKibbin, unearthed a few feral neoliberals like Warren Hogan who want higher interest rates regardless of whether people lose their jobs as a result, or foreign-based prognosticators like Jeff Carmichael demanding rate rises from Singapore.

So given we’ve been hearing for weeks from Stutch and co about why we urgently need higher interest rates, you can forgive us for being mystified by today’s headline in the Businessman’s Gazette: Banks face $70 billion gap in funding, a follow-up to a weekend story along similar lines. “The crisis-like spike in Australian bank funding costs has forced more lenders to slug borrowers with ‘out of cycle’ mortgage rate rises, heightening speculation all borrowers will have to pay more on their home loans within months,” went the weekend warning. Today it was “a crisis-like blowout in short-term funding that is increasing bank funding costs and has already prompted the non-major banks to enact ‘out-of-cycle’ mortgage rate rises … That could have consequences for the economy as more households are hit with higher borrowing costs.”

Hang on, what do you think would happen if the Reserve Bank followed the AFR’s screeching hawks and lifted the cash rate? That wouldn’t “leak into the real economy”, as the weekend article put it?

Of course, if borrowing costs do push up the big banks’ mortgage rates, that will take whatever pressure there is on the RBA to raise rates right off, and mean monetary policy will be left untouched for even longer — maybe the prospect of even longer with nothing to write about on monetary policy is why the Fin is suddenly so alarmed?

And a substantial rise might even push the RBA to lower rates, given weakening jobs growth, tepid household demand and the end of the property boom. Wouldn’t that have the inflation hawks choking with rage … 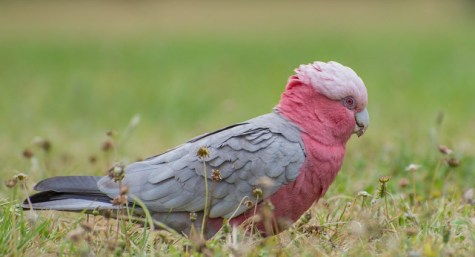