The Thai cave rescue captured the media's attention like few other stories in recent memory. Meanwhile, greater disasters were unfolding across the world.

As the world’s media was dishing out a play-by-play on the Thai cave rescue this week, a ferry sank on the other side of the country, with rescuers working through heavy weather to retrieve the bodies of Chinese tourists and Thai crew. There were 49 people rescued — the remaining 56 people on board were either confirmed dead or missing. Thirteen of the dead were children.

In Japan, the death toll from serious flooding has reached 155, and rescue workers have been digging through rubble in efforts to find survivors.

Whenever a story like this captures the attention of the media and the public, there are inevitably cries of “what about …”, asking why other, worthy stories weren’t getting as much prominence in the news. The children on Nauru. The children of Yemen. The children of Central America. Refugees in the Mediterranean. And the list goes on.

All the makings of a super story

Firstly, it was unexpected. “No one expected that they’d be found alive,” he said. “Survival stories like this are rare, I can remember only two” — referring to the Thredbo landslide in 1997 in which Stuart Diver was the sole survivor, and the Beaconsfield mine disaster in 2006.

Muller said another reason the cave story resonated with Australian audiences was that there were pictures of the boys in the cave, and new pictures keep coming now they’re out, too.

“We have seen the boys — seen them smiling, eating, wrapped in thermal blankets. That brings us close to them and helps us tune in to what they’re going through,” he said. “The technical term for it is consonance: we can imagine our own kids and how we would feel as parents if they were trapped like that.”

The Japan example is missing the familiar faces and human story, Muller said. “(It) has no faces we can get familiar with, no specific human story with which we can identify. And it’s another big broad disaster of the kind we have seen countless times before.” he said.

The Thai cave story also has an Australian connection — the doctor who went into the cave, Richard Harris, is from Adelaide. “The involvement of Australians in the [Thai] rescue added a sense of proximity that the Japan story lacks for Australian audiences,” Muller said.

But the element that kept the story at the top of news bulletins and on the front pages was the pure drama of it all. There was the race against the rain, the danger, the courage of the rescue team, and how long the rescue took.

“We’re on the edge of our seats, hoping they all get out,” Muller said. “(In Japan), the keen edge of drama that so characterised the cave rescue is missing. The floods have happened. It’s all about the aftermath, whereas we lived the cave story as it unfolded. And that took days.” 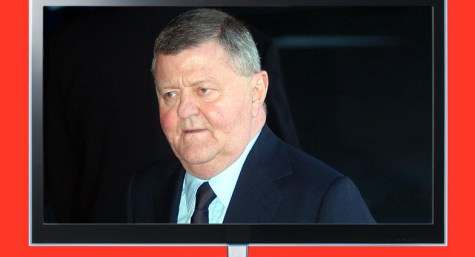 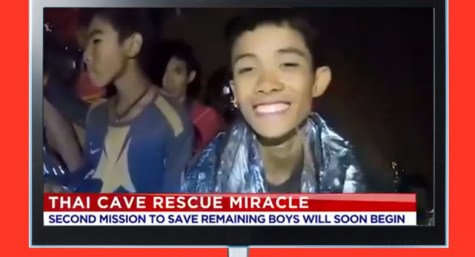 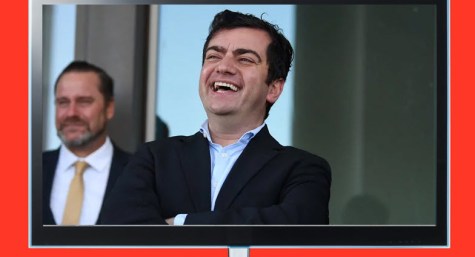 Visibility Imagesand Photos depicting humanity and fragility seem greatest connector – interesting that even the Yankee Spin Machine slipped up by allowing media to keep their mobile phones. Although told not to take pictures, they forgot to stop sound. The sounds of weeping children connected American hearts and minds causing such dismay that Trump had to back off.
Dutton would never have been so slipshod- now all visitors are stripped of every comfort and wait weeks to get into visits at detention centres.
Morrison’s first move was to close the DAL camp in Darwin with its verandas and fences onto the footpath where Australians could talk and sing and take photos of families and children and humanise the stop the boats rhetoric.
Whose hearts could not bleed for scared young boys in a dark cave? Those same hearts would bleed for other children in distress if they were allowed to see them. Our politicians and right wing media know this only too well. Hence Nauru ban.

They can actually choose to go home from Nauru, that is a big difference that you’ve failed to recognise.

Everyone loves to hear about something exceptional and out of the ordinary. 3.1 million children die of hunger in the world every year. About 8500 per day.

That’s not exciting. It just is. It has been that way for a long time. We all know it, we just don’t want to think about it.

Tragedy on a grand scale has become normal.

We’ve come a long way from “Anyone here been raped and speaks English?” was a reliable criterion for news.
Haven’t we?

I think people are so interested by this is because its intriguing and doesn’t present them with a moral dilemma.

I wonder what the citizens of Nauru thought if they followed this story?
And I wonder how the AFP now feel given they were assisting in the rescue of what they would class as illegal arrivals?