Good morning, early birds. The ATO claims taxpayers are dodging significantly more tax than corporations. Plus, Queensland take a consolatory win in the State of Origin. It's the news you need to know, with Chris Woods.

Australian wage earners are dodging tax to the tune of $8 billion per year, according to new estimates from the Australian Tax Office.

The Australian Financial Review ($) reports that the ATO’s estimated gap between tax collected and owed by Australia’s 9.6 million taxpayers — a relatively-high 93% of whom comply with the law — is more than three times the estimated loss from large companies. The ATO says companies were short $2.5 billion in 2014-15, although that 2017 report did not include legal tax avoidance.

Queensland has prevented a NSW series whitewash at the State of Origin, taking out last night’s Game III 18-12.

The ABC reports that, while NSW’s win in June still gave them a series win, the match sent retiring Queensland-captain and fullback Billy Slater out on a winning note. Slater even took out the Wally Lewis Medal for player of the series, despite missing the first game in Melbourne.

A man recently cleared of wrongdoing over an incident in a swingers party, in which he was shot by Victoria Police officers, is now suing for defamation. The Age reports that Dale Ewins, who was engaged in a sex act at the Inflation nightclub when shot by police on July 8 last year, has filed a defamation lawsuit over comments made soon after the shooting to media allegedly presenting him as “aggressive, threatening, dangerous and uncooperative”.

While parties have offered conflicting claims over the incident, Victoria Police announced last week they would not press criminal charges against Ewins, who was dressed as supervillain The Joker at the time and has denied pointing a toy gun at officers.

I join a long list of American public personalities who have fallen victim to the evil, exploitive, sick ‘humour’ of the British ‘comedian’ Sacha Baron Cohen, enabled and sponsored by CBS/Showtime.

The former governor of Alaska and almost vice president reacts in a completely normal fashion to a bad prank.

Drones and divers: on the ground amid the Thai cave media frenzyMatt Blomberg

“The weeks-long effort to locate and rescue a dozen boys and their soccer coach from a flooded cave in the far north of Thailand has helped to illuminate any number of qualities present in different groups of human beings. Children are extremely resilient, Thais are outrageously hospitable, rescue divers are unbelievably brave, and journalists are desperate to get an edge.”

“The arc of the electricity sector since the ’80s matches the broader arc of neoliberalism in Australia: it initially delivered wins for consumers and the economy, but also paved the way for ever-more dominant companies to exercise market power in their own interests, at the expense of consumers and other businesses, with little in the way of regulation to stop them.”

“Let me start with a quote: ‘The ABC is a vital part of our nation’s polity. It is one of the great foundations of journalism and news gathering and broadcasting in the country. It has a very special place in Australia.’ That was Malcolm Turnbull in January 2014 when he announced a cut to the ABC’s budget of $254 million.”

Perth teenager ‘threw’ herself in front of truck to save nephew

‘It’s time to go out into the Western world and have a say’: rainmaker, gatekeeper and now political candidate

Warming oceans are changing Australia’s fishing industry — Alistair Hobday, Beth Fulton and Gretta Pecl (The Conversation): “A new United Nations report on fisheries and climate change shows that Australian marine systems are undergoing rapid environmental change, with some of the largest climate-driven changes in the Southern Hemisphere. Reports from around the world have found that many fish species are changing their distribution. This movement threatens to disrupt fishing as we know it.”

#BecauseOfHerWeCan — Janine Mohamed (IndigenousX): “Social media can be overwhelming and downright distressing sometimes. But at this time of the year, it makes my heart sing to tune in on social media. NAIDOC Week is one of THE highlights of my year. The celebration of our peoples and our diverse and strong cultures always feels me with joy. But this year is extra special — thanks to the NAIDOC Committee people who came up with the #BecauseOfHerWeCan theme.” 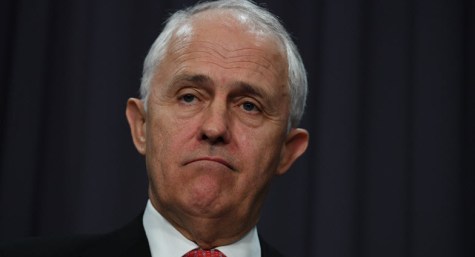 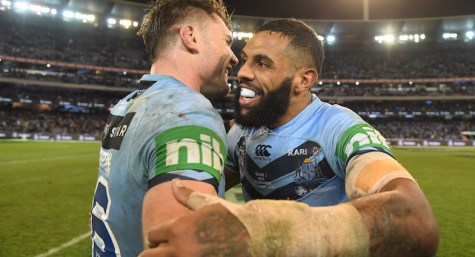 Crikey Worm: Queensland has the blues 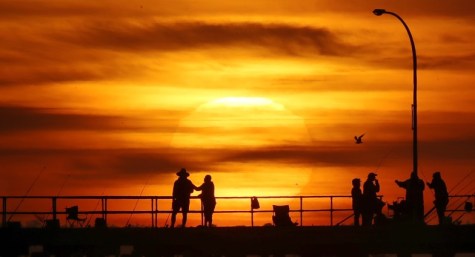