Welcome to Side View -- a curated guide to new and overlooked content on politics, policy, and public affairs. This week: irrational consumer rage, another warning against autonomous cars, and where fine china goes when it has broken the law.

Some of us have long been skeptical of optimistic claims about autonomous vehicles — especially given the sensors computers need to make sense of the world are still confused by rain, snow and reflected light, and we don’t have GPS accuracy better than a couple of metres. But the problems are more fundamental than sensors or GPS: it may be that autonomous vehicles can never really understand how to drive in the real world.

This feature from The Verge contains a quote from an autonomous vehicle exec saying everyone else is basically responsible for their safety around robot cars and needs to be “considerate”. Naturally, this has attracted some critical attention.

Meanwhile a notorious Israeli cyber-intelligence firm targeted NGOs during the recent Hungarian election (won by Viktor Orban, who was accused of anti-Semitic campaigning). Plus: an incisive take on Facebook’s business model from the always-excellent Cory Doctorow, who points out the company has accumulated vast potential for social damage for the joy of making tiny fractions of money off each of us.

OK I’m a UBI sceptic, but this is the best (or maybe the least worst) piece I’ve read advocating it. And this piece on giving up plastic packaging is a candidate for Peak Guardian (modus operandi: take something everyone agrees on or entirely innocuous, declare it Problematic from an identity politics perspective).

And while we’re on echoes: here’s how not to do podcasts. If the bane of amateur podcasts is idiot chatter and poor audio quality, the bane of professionally produced ones is the temptation to load in as many musical cues and sound effects as possible. This perfectly reasonable BBC podcast on echoes in urban landscapes is entirely ruined by a small child yelling approximately five times a minute. I lasted four minutes. See how long you can.

Having dissed the Beeb, let me recommend an excellent short radio documentary that invites the surviving staff of the Warren Commission to discuss whether they got it wrong on the murder of JFK. 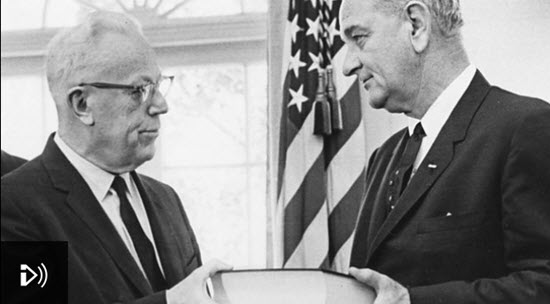 How come we’re so bad at rationally assessing consumption choices? A new book tries, and as far as one reviewer is concerned, fails to explain the transition from Don Draper to Big Data in advertising.

In France, results came out last week for this year’s baccalaureate, which started last month with a four-hour single-essay exam on philosophy. Unsurprisingly there’s intense debate in France about how the philosophy exam is marked.

The Turnbull government has presided over a stunning record level of workforce participation, which is good news for the economy and our overall wealth — especially at a time when we had long been warned participation would be falling with an ageing population. 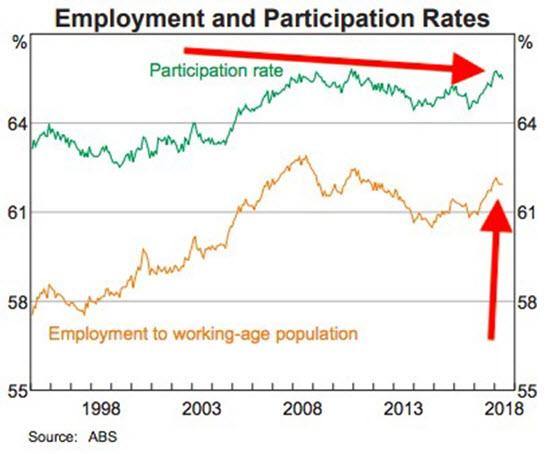 But despite relatively low unemployment, underemployment appears to have undergone some sort of secular increase and, worse, shows no signs of falling back to the level of even the Gillard-Swan years. 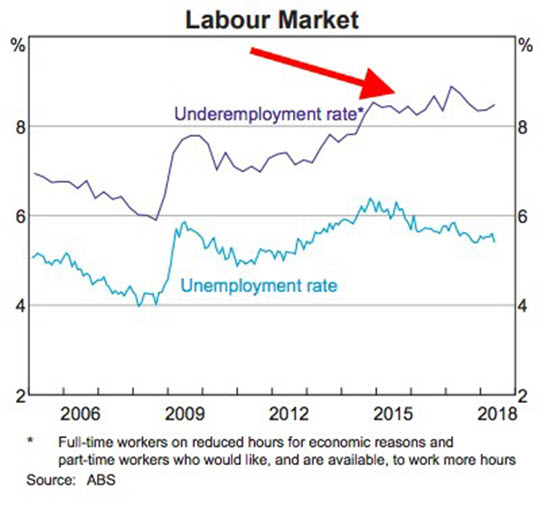 Two wonderful pieces of Australian writing this week on the intersection of gender and social interaction. At Overland, Emma Jenkins on voicelessness and communication in the online and the real world; and at Meanjin, Eloise Grills on make-up and, inter alia, the Queer Eye stereotype of “helpful homosexuals”.

NOT FOR THE BUSY

My new favourite time-waster: an architect demolishes (so to speak) America’s worst McMansions. If only Robin Leach were still with us to do the voiceover (actually he’s still alive – ed). Watch out for the fine china prison in one dining room. 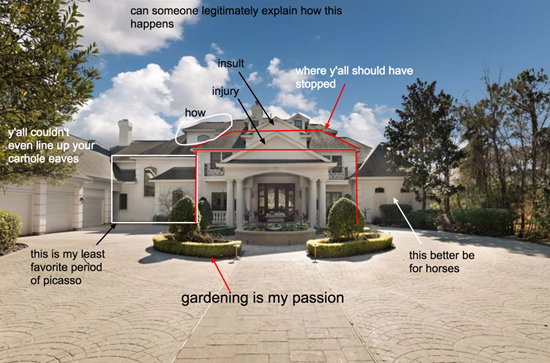