Good morning, early birds. The ACCC has proposed a significant shake-up of Australia's power market. Plus, all 12 Thai soccer players and coach make it out of the cave. It's the news you need to know, with Chris Woods.

The Australian Competition and Consumer Commission has called for a major reset of the energy sector in an effort to lower prices. Recommendations in a major report released today including government-backed electricity generation and new regulations against market manipulation.

According to The Age, the consumer watchdog has targeted the steep rise in wholesale electricity price (up 130% from 2015 to 2017) and called on the government to provide the Australian Energy Regulator greater monitoring powers, and cap any further mergers or acquisitions. In a speech at the Queensland Media Club later today ($), Prime Minister Malcolm Turnbull is expected to respond and discuss the retail politics of bringing down prices.

A three-day mission in Thailand’s Tham Luang caves has ended as Thai Navy SEAL divers brought the last of the 12 soccer players and their coach to safety. The ABC reports that people across Thailand and the world are celebrating after the head of the joint command centre, Narongsak Osatanakorn, announced they had “achieved mission impossible”.

Once everyone has recovered, Thailand’s Prime Minister Prayuth Chan-ocha will host a celebration for everyone involved in the international rescue effort, which included the British divers who discovered the trapped team, Adelaide’s cave-diving anaesthetist Richard Harris, and Thailand’s ex-SEAL diver Saman Gunan, who passed away during the mission last week.

Doctors have joined a protest against a Sydney exhibition featuring 20 “perfectly preserved human bodies” — which critics argue could be executed Chinese political prisoners — and accused NSW Health of breaking its own ethical rules in approving the display.

According to The Sydney Morning Herald, the Royal Australasian College of Physicians has joined lawyers, academics, and human rights campaigners in opposing Real Bodies: The Exhibition. They have argued in letters to state and federal ministers the exhibition does not demonstrate respect for the person and, as the bodies from China lack identification and consent papers, breaches NSW Health’s internal ethical and professional standards. NSW Health deny the accusations.

Just returned from Cave 3. Mini-sub is ready if needed. It is made of rocket parts & named Wild Boar after kids’ soccer team. Leaving here in case it may be useful in the future. Thailand is so beautiful.

The SpaceX and Tesla CEO delivers, personally and unprompted, a miniature submarine to the Wild Boar rescue mission, later described by rescue chief Narongsak Osatanakorn as “not practical with our mission”.

‘Authentically optimistic’: Pezzullo lays down the law to execsBernard Keane

“Home Affairs Secretary Mike Pezzullo has fired off an eccentric 1900-word letter to his senior executive service (SES) staff laying out his ‘general leadership philosophy’ and urging them to embrace it. ‘It is important that we are aligned in terms of how to lead,’ he tells his senior staff in a document forwarded to Crikey. “

“Last weekend’s broadcast of Sunday Night, which reproduced the sensationalist reporting on the so-called ‘African gangs’ seen earlier in the year, was not only despicable but has left my community asking many questions.”

Razer: I turned 50 under capitalism. It was pretty shit except for the food.Helen Razer

“This past weekend, I underwent the 50th of birthdays. I am pleased to report that (a) my aging body was not torn by a crowd into pieces then fed to a community of sharks and (b) I did remember to bring a notepad. For the Crikey reader yet to turn 50, soon to turn 50 or eager to compare a historical turn toward 50 with that occurring in 2018, I will recount the experience.”

Strategy biggest ‘transformation to Aboriginal housing in a decade’

True Crime Australia: The 21st century murderer — and the girl whose death changed the internet ($)

Consortium to push for DEC purchase with or without NBL backing ($)

Taste of the future: Australia’s southern states at 50% renewables

Shocking double standard on display as US bullies on breastfeeding — Polly Dunning (Sydney Morning Herald): “The benefits of breastfeeding are well known, and breastfeeding rates are rising in the US and other wealthy countries around the world. So the news that emerged this week that the US decided not only to oppose a UN resolution to ‘protect, promote and support’ breastfeeding, but to actively attempt to bully other nations into withdrawing their support it is positively shocking.”

Remembering and remedying — Professor Heidi Norman (IndigenousX): “The last several months has seen a renewed focus on Aboriginal history: the Uluru Statement from the Heart called for ‘truth telling about our history’ and this year’s National Reconciliation week theme emphasised ‘Don’t Keep History A Mystery’; the theme for NAIDOC week – ‘Because of Her, We Can’ – draws attention to the particular role Indigenous women have played in the past and their influence in the present.” 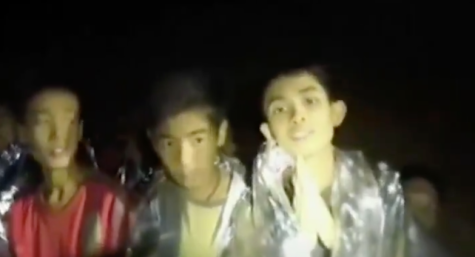 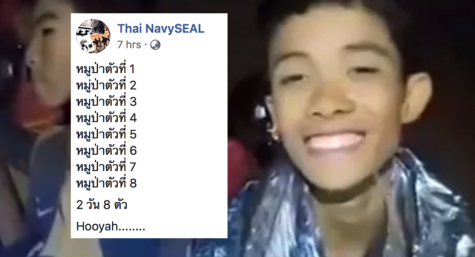 Good to see the Russians stepped up and kaiboshed most of the US’s poisonous designs.