There's no mystery or scandal about how we ended up with a badly flawed electricity market — it has followed the broader path of neoliberal reforms in Australia.

The ACCC’s report on the electricity market illustrates how, when the history of neoliberalism is written in Australia, the energy sector will be emblematic of both its successes and failures.

The report sees the essential causes of high electricity prices in recent years as market-dominant companies (including via vertical integration), an inadequate regulatory framework that has been gamed by participants, and product ranges and information designed to hinder rather than help consumer choice. To these structural problems have been added more recent, sector-specific issues: the lack of a coherent climate action policy for the last decade (due to the climate denialism of the Liberal and National parties, but the ACCC doesn’t say that), the age of existing coal-fired power assets, gas exports and flawed subsidies for household solar.

None of this is a staggeringly novel insight.

The creation of the east coast electricity market from the old government-owned state model of the 1970s and early 1980s came in two stages. First, electricity generation was corporatised and structurally separated — and in Victoria and South Australia, later privatised. Then, in the 1990s, the National Electricity Market was established.

The transition from the old government model to the new market model initially yielded substantial benefits. As generators, distributors and retailers were separated and corporatised, they began cutting back on the public-sector feather-bedding that characterised the government-owned sector and finding efficiencies. The gold-plating and engineering-driven capital programs of the government era — there was no competition to deter them, and prices were regulated — were halted. Power prices fell in the 1990s, both for households and especially for business users, who had for years been subsidising residential electricity supply.

But the conditions for the current era of corporate dominance and overcharging were also being prepared. Because regulation of prices was now curbed, governments realised their electricity assets were highly valuable as sources of revenue, and pushed them to pay massive dividends into state coffers. As it turned out, the NSW and Queensland governments were more rapacious than shareholders in privatised Victorian and South Australian assets when it came to demanding gouging. And the era of structural separation gave way to an era of mergers, that led to most state generation markets being dominated by two providers, while vertical integration eventually entrenched the market power of AGL, Origin and Energy Australia. The NSW and Queensland governments made this worse by consolidating generation assets (in NSW’s case, prior to sale) rather than using them to provide competition.

And while companies usually complain of over-regulation, the Byzantine regulations of the National Electricity Market and of state-based price regulation schemes — especially, as the ACCC notes, the appeal mechanisms — provided a playing field tilted heavily in favour of large corporations.

The arc of the electricity sector since the ’80s matches the broader arc of neoliberalism in Australia: it initially delivered wins for consumers and the economy, but also paved the way for ever-more dominant companies to exercise market power in their own interests, at the expense of consumers and other businesses, with little in the way of regulation to stop them. The early gains derived from reform have been lost in the gouging of companies wielding massive market power. They’ve even used a tactic developed in other “regulated” sectors like telecommunications and private health insurance: use the pretence of “consumer choice” to confuse consumers by offering them an array of confusing and literally incomparable products that prevent consumers from making an informed choice about which member of the oligopoly offers them the best deal.

The idea pushed by the Greens, Labor and Coalition backbenchers, that some form of royal commission is needed for this, is childish and pointless. There’s no mystery to be solved here, no scandal to be uncovered — it’s all happened in plain sight. Energy companies have done what so many other companies in other sectors have done: used the pro-corporate paradigm of neoliberalism to secure as much power as possible and wield it against consumers and other businesses. It’s the entire story of Western economies over the last 30 years. 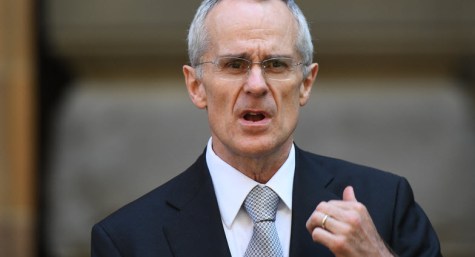 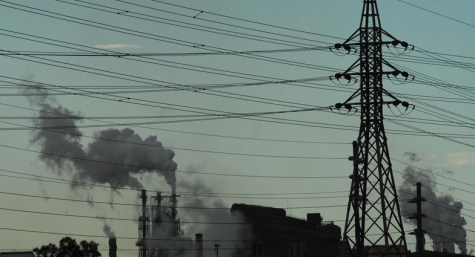 Governments should seize the moment on a broken energy network

I was frequently amazed at Marshall’s audacity in attacking the SA Labor Party over the price of electricity, when it was clearly the decision of Marshall’s predecessor-Olsen-to sell our power networks that contributed the most to our ever rising power costs.

Ok. Fair enough. So what do we do next?

Because the only answer our current governing party has is coal, coal and more coal. If we leave it to them, hundreds of billions of dollars – literally – will be channeled from the pockets of taxpayers into those of their mates and of the biggest multinationals, and in the process they will destroy our energy sector for at least the next half century the way they have destroyed telecommunications – and don’t even mention the environment.

Vote for Sustainable Australia; part of their platform is keeping
Australian public assets in the hands of the Australian Public. And it is pro ABC, let’s get that back because its clearly on a slippery slide to nowhere as is everything else we have known and loved in this country like decency and fairness. Retention of public assets is surely essential to the wellbeing of any country and selling them off to cronies ought to be considered an act of treason. Were the people of Australia consulted about this? Who do/did those assets actually belong to?
Treacherous elements in government are like treacherous cells in human bodies, they attack their hosts in order to debilitate them.

It is never edifying when an ideologue, after claiming to have been cured, goes the tonk using the same verbiage & evasions as when they were a shill.
The “gold plating” was done to tart up the assets for privatisation when anyone with half a brain and/or a $5 calculator knew that they would very quickly prove to be stranded so gouge now before it’s too late.
But hey, that’s what taxpayers’ money is meant for, direct transfer to mates’ pockets.
B

“It is never edifying when an ideologue, after claiming to have been cured, goes the tonk using the same verbiage & evasions as when they were a shill.”
geez AR, I get the gist but my head’s aching now 🙂

Neoliberalism is working, Bernard. Corporate profits and the conservatives in power!! Maximising private profit from essential services is RIGHT, or we will get free riding, like those socialist babies who don’t pay for their breastmilk. The peasantry would better serve itself to be happy about the rightness of it all!
Seriously, is this statement so: ‘The idea pushed by the Greens, Labor and Coalition backbenchers, that some form of royal commission is needed for this, is childish and pointless.’
Perhaps a RC is too much, but perhaps not.
The rorting of the market by inflating bids seemingly in concert continues (detailed for last week on Reneweconomy once again including by the Turnbull government via Snowy Hydro).
There is cartel-like behaviour, if not actual cartels in gas and diesel generators.
Why doesn’t the AEMC fix the rules that allow the rorts? It suits the big incumbents to not update the rules (and have the NEG too). One problem with the bank’s behaviour was the cosy relationship with the regulator ASIC…rule setters can be captured.
Who else will look at it properly?

If being gouged is inevitable, either by government or privatised corporations, I’d rather it be in the interests of government than of a select group of shareholders: at least they can be expected to have some interest in the well-being of the community as a whole.

The government is enabling the gougers, lethell. Sorry.