Razer: I turned 50 under capitalism. It was pretty shit except for the food.

Aging gracefully in this country is an expensive pursuit, available only to the wealthiest of us.

This past weekend, I underwent the 50th of birthdays. I am pleased to report that (a) my aging body was not torn by a crowd into pieces then fed to a community of sharks and (b) I did remember to bring a notepad. For the Crikey reader yet to turn 50, soon to turn 50 or eager to compare a historical turn toward 50 with that occurring in 2018, I will recount the experience.

First, I will rate the experience. Mine is set at three stars, but this is largely down to a very nice dinner, produced by the employees of Melbourne chef Andrew McConnell and generously paid for by my dad. I rate the median Australian experience of turning 50 in 2018 at two stars, maybe two and a half for those who have managed to dodge recent coverage of senators Leyonhjelm and Hanson-Young.

I declare that my person is listed as female and of the variety generally referred to as white. These are not co-ordinates I am wont to disclose and do so here only in the interest of readers eager to evaluate their own experience or that of other social groups against that of a pale and perimenopausal lady.

It is convenient but distressing to report that my current superannuation balance matches the national median for females quite closely. Ladies in the 50-54 age-range are likely to have pleased Mr Keating only to the tune of AU$45,000. Chaps, by contrast, have close to $100,000. Either way, this sum should be enough to fund just a year or two of Uber rides in retirement, and is one increasingly unlikely to grow. The underemployment trend is up for persons in my age range. It is flattering but distressing to report that I am as undesirable to employers as a millennial.

I always imagined that by this age, I’d be administering episodes of Jack Irish intravenously and grumbling about the youth and their habit of appearing on my lawn. Instead, I dress like a millennial’s Cool Mum, follow millennials on Spotify and misuse their language until one of them has the pluck to correct me. I suggest that economic insecurity, which appears to afflict women of my age a little more seriously than men, is better emotionally managed through behaving like a kid. Ergo, I do.

I know that life in this territory is more endurable for the non-Indigenous than it is for the Indigenous 50-year-old. The bipartisan determination to restore as little as possible self-determination, absolutely no material resources, or even the symbolic dignity of treaty, to Aboriginal people brings us to annual failure. We do not Close the Gap but instead, injustice continues to gape while private companies continue their profitable misuse of Aboriginal lives. To be Aboriginal and 50 in 2018 is to be at very high risk of poor mental and physical health and at very low risk of wealth.

I imagine that this birthday comes for many with children as a bit of a miserable thud. Our 20-year-old babies are already up to their armholes in HECS debt and/or the paralysis of uncertainty. Only the liberal extremist parent could remain optimistic. There’s a reason mortgage stress is a decreasing problem: Australians are far more likely than they have been in decades to rent. And, there’s a reason that “Liberal party feminist” Kelly O’Dwyer can safely interrogate the matter of sexual abuse and harassment in the workplace: so very few young Australians have a workplace. As is the general case, they are more likely to have clients in this agile, flexible age.

I am 50 and, as a Lady of a Certain Age, I believe that there are certain privileges due. One of these is taking dinner without shame in my bed. Another is telling the Minister for Women that she can take her “financial literacy initiatives” and shove them in the vast space our indistinguishably market-friendly governments have created between the investor class and the rest of us no-asset chumps.

Happy Birthday, nonetheless, and even to the wealthy, upbeat few. Believe for as long as you can that the regulation of the many into poverty is something the impoverished many can continue to ignore. In the meantime, treat yourself to a birthday home on the top of a very high hill. For when a lady like me turns 60, all her super will be gone. Instead, she has a pitchfork. It is 2028 and this will be her final purchase from Amazon, the final store in the world. Happy Birthday. 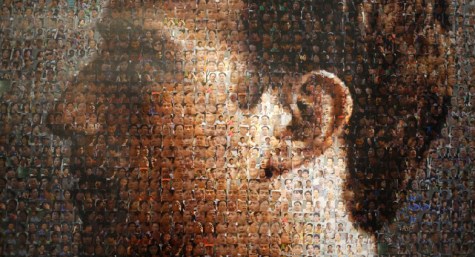 Razer: if Zuckerberg paid me for my private data, I’d hand it over in a second

Happy birthday Helen, and confusion to your enemies.

A toast from the Depts of Physical Science : Berkeley in the 1930s. I haven’t encountered it for quite some time.

Happy birthday, Helster. Your keyboard remains as sharp as a Katana whatever earthly metric you choose to identify.

Happy Birthday! Only 20 years until retirement!

I belong to the third category of interested readers and thank you for the opportunity to make an historical comparison. I note with interest that the revolution will begin in 10 years time, and, should I be still alive, will take particular care to avoid haystacks and prepare a defensive position, given that I am a male with adequate super (not to mention a wonderful wife to keep me alive). In addition, I have some hope that I shall successfully disguise myself as a fellow-traveler, and rather more confidence that I will pass as a useful idiot. May I take issue though with your use of the word “aging”. At 50 you are merely getting older; aging proper begins, in my experience and observation, quite precisely at 63. Oh, and many happy returns, many more than 10, and all power to your typing fingers.

For the 60 year old woman who has everything (to gain, nothing else to lose): violent revolution! Wonder if the rich will not pass the hat around and get it for you?

HB, HR. Thanks as always for your presence.