Here’s how much you’re worth to an advertiser

Online surveillance is driven by a single commercial imperative: to gather data and sell it to advertisers.

A digital user is “like a data factory,” says US technology writer Nicholas Carr.

The revelations earlier this year that political consulting firm Cambridge Analytica had acquired and used data from tens of millions of Facebook accounts shone a spotlight on just how much personal information is being collected and stored by technology companies.

But while media coverage of the scandal understandably focused on how that data was used for political purposes, less attention was given to the question of why it’s collected in the first place, and how much it’s worth to the companies that collect it.

Google, Facebook and Amazon like to say they collect your data to make their services better — for example, by displaying search results that are geographically relevant, making friend recommendations you appreciate, or suggestions for books you might like.

That’s not untrue, but they scoop up billions of pieces of data for a much bigger reason: to sell to advertisers.

Personal data has always been valuable to advertisers. It’s the reason why loyalty cards exist — so advertisers can paint a picture with numbers about who is buying what, create better ads, and put those ads in the right places.

Similarly, credit card companies sell data about your purchasing habits to third parties for the same purpose (the common trope is that your credit card company knows you’re going to get divorced before you do).

What’s different in the age of smart phones and social media is the scale and precision of the data being collected. A supermarket or airline might have an idea of your household income through their loyalty data, but LinkedIn knows your employer and job title. Your credit card company may think you’re likely to purchase a luxury car some time in the next year, but Google knows you just searched for your nearest BMW dealer.

This trove of personal information is shaped by your search history, photos, social media posts, check-ins, emails, and by tracking you across almost every website you visit. It is almost impossible to avoid leaving this trail of data breadcrumbs.

As computer security expert Bruce Schneier writes in his book Data & Goliath: “Surveillance became the business model of the Internet because it was the easiest thing that made money and there were no rules regulating it.”

And that business model is big business. In 2017, Google sold $127 billion in advertising globally – or $35 for every single person on the internet. In the same year, Facebook sold $53 billion of ads. In the last 12 months, Facebook has earned on average $28 per user globally, and while it doesn’t reveal how much it makes from advertising per Australian user, in North America that number is $119.

Comparing these figures to traditional advertising revenues reveals just how valuable personal information can be. News websites also sell advertising, but do so based on broader demographic data rather than personal data.

A publication like SmartCompany (Crikey’s small business-focused sibling), for instance, charges advertisers around 5c to show you an ad (in the media industry digital ads are sold in thousands, referred to as the CPM — or Cost Per Thousand — so 5c per ad becomes a CPM of $50). To be as valuable to SmartCompany as you are to Facebook, you would need to view around 2400 articles per year.

Google has a significant advantage over Facebook when it comes to advertising, because while Facebook may know every detail of your life, Google knows what products and services you’re looking for right now. Google lets advertisers bid for the right to show you an ad based on your search queries. The cost of that winning bid varies widely, but the basic rule is that the more valuable the potential sale, the higher the cost.

If you’re searching for a wedding venue nearby, for instance, an advertiser will pay around $1.50 if you click on their ad (Google sells their search ads based on clicks, but the AdWords tool quotes a CPM of around $250). Looking for a dentist in your area? Google will pocket about $5 if you click an ad in those search results, for a CPM of almost $1200. But financial products see ad costs skyrocket – if you search for “Mortgage Broker” and click an ad, it will cost the advertiser around $9 per click. For “Car Insurance Quote” it’s closer to $11, or a CPM (cost per thousand) of over $5000.

While Google benefits from your online searches, Facebook benefits by collecting as much personal information about you as it can. Facebook’s Ad Manager tool tells advertisers how many people in its network fit a particular description, and how much it will cost to show them an ad. Facebook doesn’t necessarily make more money from promoting mortgages than toothbrushes, though, because there are so many more opportunities to serve up ads in the 82 minutes the average Australian spends scrolling through Facebook every day.

Home owners? There are 5.5 million of you in Australia on Facebook, and an advertiser can get an ad in front of you for a CPM of $8.49. A smaller number of Australians on Facebook have an income over $150,000 (1.8 million), and advertisers will pay a Facebook CPM of $10.38 to show you their wares.

Thinking about buying a new family car? You’re one of 720,000, and advertisers will pay a CPM of $12 to reach you. And congratulations to the 35,000 Australians who got engaged in the last three months: you have advertisers paying $0.037c to show you an ad – earning Facebook a $37 CPM.

“Data sounds very scientific, impersonal and hygienic,” says iconoclastic US advertising writer Bob Hoffman at The Ad Contrarian, “but it is not.”

To marketers, writes Hoffman, data is not all numbers and algorithms — “it is your sexual preferences, your religious beliefs or lack thereof, your banking details, your medical and psychological diagnoses, your work history and political preferences. It is thousands of facts about you that you never suspected anyone knew or collected.”

Nic Hodges is the founder of Blonde 3, a digital strategy advisory firm. 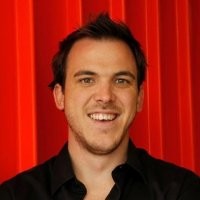 I recently googled “adopt a koala” and visited some sites and now my facebook feed is full of WWF “adopt a koala” adds. I found this pretty weird since it’s a different platform. Do google sell info to facebook?