Why political parties have a file on you, but you don’t get to see what’s in it

Australian political parties collect vast troves of data about voters, and they're legally entitled to do so.

The Labor Party has a file on you. It contains basic information about where you live, your age and, possibly, your occupation — all provided by the Australian Electoral Commission in electronic form. The file also includes:

And you have been tagged by your demographic, your location and, to the extent possible, what kind of voter they think you are. They’re most interested in you if you’re a swinging voter. If you’re a rusted-on Labor or Liberal or Greens voter, they don’t care as much, although they might be interested in you as a possible donor or volunteer.

The Liberals have a similar file, on a similar database. The Greens do, too. They’re expensive to maintain, particularly given the cost of scraping social media profiles, but they’re invaluable in campaigning and advertising.

Trust your personal information to someone who has volunteered for Labor? Or the Liberals? Or One Nation?

The argument from the political parties is that it’s all about free speech — restriction on their ability to use your private information is a limitation on their constitutionally guaranteed right of political communication. Attorney-General Christian Porter continues to peddle this nonsense. Labor has even argued that if the exemption were removed, Labor would appeal the matter to the High Court.

The political parties are the only people who think this privacy exemption is a good idea. It was opposed when it was legislated in 2000 by the Howard government — then-privacy commissioner Mal Crompton opposed the exemption; Democrats senator Natasha Stott Despoja, a staunch privacy advocate, tried to reverse the exemption in 2006.

When the Australian Law Reform Commission (ALRC) examined privacy laws in a lengthy report in 2008, it considered the “political exemption” and could find no reason to retain it.

In the interests of promoting public confidence in the political process, those who exercise or seek power in government should adhere to the principles and practices that are required of the wider community. Unless there is a sound policy reason to the contrary, political parties and agencies and organisations engaging in political acts and practices should be required to handle personal information in accordance with the requirements of the Privacy Act … the ALRC is not convinced, however, that all (or even the majority) of information-handling activities undertaken by registered political parties and those engaged in political acts and practices warrant legislative immunity.

Nor did the ALRC buy the argument put forward by Labor that somehow political party registration requirements magicked away any threat to privacy by political parties.

In the last decade, it’s hard to argue that public confidence in the political process and in politicians has grown stronger; quite the opposite. Moreover, the extent to which tools that can “scrape” social media for personal information can provide a far richer level of private information about individuals to parties able to pay for it, and the capacity of social media companies to micro-target users via their profiles, has only worsened the threat to privacy posed by political parties and the research firms they use.

The argument that political free speech requires that political parties be unfettered in the way in which they can accumulate and use personal information has always been a stretch. Political party databases are tools for campaigning, targeting and marketing, not free speech per se, which is unaffected by privacy requirements.

The retention of the “political exemption” is simply a “screw you” from major political parties to the voters they purport to care about.

Privacy is not in the interests of the Labor Party 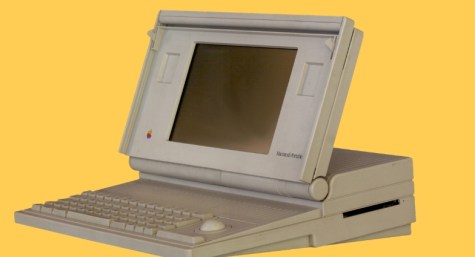 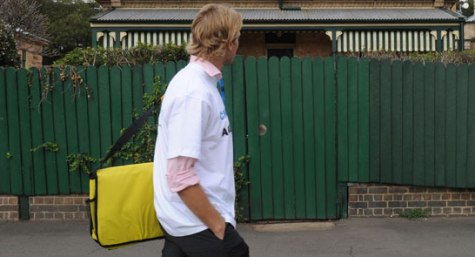 Why is it more dumb to have a linked in account than any other social media account?

Unless you are a dual citizen with your other citizenship being within the EU. Then the EU GDPR applies to your data worldwide.

As you can expect, Labor gives bipartisan support to this kind of data-gathering as they do to other kinds privacy invasion, all in the name of “national security”. It’s time they changed their ideas, before people get really turned off.

Your political party has a file on you. So What? Get over it – that horse has bolted, any organisation that wants to know what, where, when, why you spend your money and your time – can get all the information they want by just paying a relatively small amount. You don’t even have to put the information in yourself, your bank, motor registry, doctor, school, police station, post office, builder, grocer, hardware store, Local Council, real estate agent, insurance agent of any kind is recording what they know or anticipate about you, and they’re swapping, selling , stealing and using it to make money. You are a product and for sale.

As noted above, we are all, to varying extents, documented, categorised, sliced, diced & filletted, commercially, politically and financially and there’s not a damned thing we can do about it.
The greatest danger is not the government or some equally benign corporation knowing as much about you as you know yourself but when they know more, ie the information on file is just plain wronged wrong B/S – erroneous credit reports being a good example to anyone who has ever tried to have one corrected.
In law enforcement, military & spookdom a grading called the Admiralty Rating system is used in which data is allocated two criteria, source A to F and accuracy 1 to 6 where A1 is a known, indisputable and 100% accurate through 2nd hand, hearsay & innuendo & rumour at F6.
The vast majority of intel databases is C3 or lower.
Enjoy.