Good morning, early birds. Reports of repeated attacks on Brisbane mosques. Plus, a new security agreement for the Pacific region has all eyes on China. It's the news you need to know, with Chris Woods.

Right-wing extremists are suspected of targeting two mosques across Brisbane in acts of intimidation against a handful of worshippers. The Courier-Mail ($) reports that police are investigating claims that self-proclaimed pastor Logan Robertson, as well as a group of men from his Baptist church in Ipswich, verbally abused worshippers and entered the Kuraby Mosque to film documentary footage without permission on Wednesday.

According to a spokesperson for the Islamic Council of Queensland, Ali Kadri, as quoted in The Australian ($), the group at Kuraby also started going through mosque books, threatened a 65-year-old man, and told a teenager “you don’t belong in this country, you bloody terrorist, and we should burn this place down to the ground”. In a heated clash with Kadri, Robertson denied any “abuse”.

Australia and New Zealand are expected to sign off on a new Pacific Island security agreement that could be used to limit the military presence of non-signatories such as Russia and China. The Australian ($) reports that the new Biketawa Plus regional security declaration will cover policies relating to defence, law and order, humanitarian assistance and disaster relief after countries sign off at the Pacific Islands Forum in September.

Efforts from the Trump administration to streamline and shore up (!) the US offshore wind industry under its “America First” energy and labour policy has successfully brought in some of the most advanced companies in the field — from Europe.

The Sydney Morning Herald reports that moves to streamline and carve out new areas off the coast for leasing — initiatives aimed at increasing both domestic energy and employment figures — have so far largely benefited European-backed companies. They have taken out all eight of the US government’s lease auctions since 2014.

In other environment news, this past week has seen a string of all-time heat records broken across the Northern Hemisphere. So maybe it doesn’t matter who owns those wind farms.

I would have been pre-selected for the next election had I chosen to remain. Notwithstanding the seat is marginal, I also believe I could have won the seat for an eighth term.

The Melbourne Ports Labor MP announces that he will not contest the next election, but it is 100% his choice and he would have won anyway and this has nothing whatsoever to do with the Greens coming within 477 votes last time.

“The media love a financial distress story, as demonstrated by the constant — and entirely contrived — claims of rising ‘mortgage stress’. The latest version isn’t about residential mortgages, but credit card debt — or ‘debt trap’ as the Australian Securities and Investments Commission put it yesterday when releasing a new report.”

“Boy, the quality of Ramsay Centre propaganda has declined, hasn’t it, since ANU supremos Brian Schmidt and Gareth Evans revealed that the centre wanted a Stasi-like process of commissar-auditors in lectures, as part of the deal. The ‘moderate’ Ramsayites have melted away, leaving only the Catholic Leninists like Greg Sheridan, Baldrick to Tony Abbott’s Blacka — no, that doesn’t work, they’re both Baldrics — to do what they can to try and wreck any possible deal between the Ramsay Centre and Sydney University, so that the centre can be shunted to the taxpayer-supported Australian Catholic University, under the watchful eye of its $1.25 million per year VC Greg Craven.”

“Last year, Facebook CEO Mark Zuckerberg posted 6000 words on the tendencies of history. In surprise news, he did not hold that the history of all hitherto existing societies was that of class struggle. No. All history has necessarily led to a marvellous and democratic thing like Facebook.”

Beware! Cops can use DNA data to pick bad apples from your family tree

Grattan on Friday: The price of greasing squeaky wheels ahead of the election — Michelle Grattan: (The Conversation): “The Turnbull government is finally tackling the issue of how the GST is divvied up between the states. It’s a fraught task because reslicing the pie means some get a smaller portion. That is, unless you throw in extra flour, to make the bake bigger. And that’s just what the federal government is proposing. Why the change and why this generosity?”

Why Leyonhjelm must offend and cannot apologise — Waleed Aly (Sydney Morning Herald): “By now it is clear we’re stuck in a cycle. Unless something drastically changes, Leyonhjelm will not apologise, and the disapproving audience will not be won over by his argument that he was simply taking a stand against Hanson-Young’s misandrist allegation (probably imagined) that all men are rapists. Even Hanson-Young’s threatened defamation suit — itself beset with political problems — might not end this.” 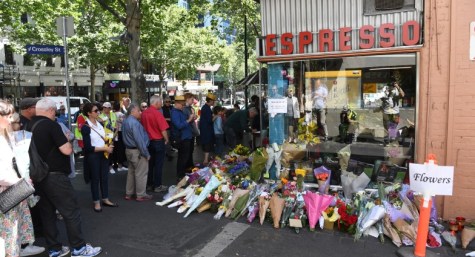 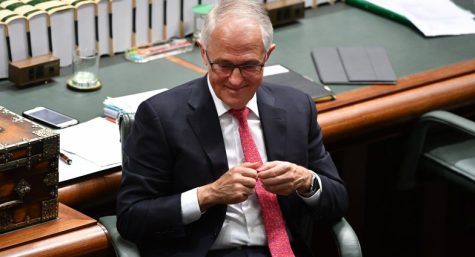