Breaking up the boys’ club: is sports media finally facing its reckoning?

Former AFL great Barry Hall was fired on the spot from Triple M for a joke about sexual assault. Can the station, and the rest of Australian sports culture, live up to this welcome new standard?

It’s hard to tell who’s worse: the guy who says it, the guys who laugh at it, or the guys listening at home who can’t understand why it’s such a big deal. All three were involved when Barry Hall, the former AFL giant, joked about an obstetrician sexually assaulting Erinn Byrne, the pregnant wife of Leigh Montagna, with whom Hall was commentating during a Friday night broadcast on Triple M.

Hall was removed from his role immediately, and the station’s head of content Mike Fitzpatrick issued a statement condemning the conversation. Sports journalist Damian Barrett described what Hall said as a “disgusting and offensive comment” on Triple M the following day.

To some listeners and armchair commentators, this action was too extreme. But to many of us for whom AFL’s toxic boys’ club attitude has always kept us at an arm’s length, this is a small but significant shuffle in the right direction.

Sports media can be like an ouroboros of bros. The roughest, most lewd players eventually retire from life on the field, squeeze their biceps into a blazer and assume well-paid jobs behind the microphones, ensuring the culture they cultivated during their heyday never fully dissolves.

That culture was there in the echo of laughs and absence of any dissenting voice following Hall’s comments over the weekend. At the same time as Victorians are seeing a government campaign ad encouraging blokes to pull up their mates on abusive language, a joke about a doctor licking his fingers after performing a digital exam on a pregnant woman causes riotous laughs.

“I was really distressed by the fact that they just kept talking and some of the biggest names in AFL were there with him and they didn’t stop him at any point and say that it was wrong,” Marngrook Footy Show presenter Shelley Ware said on Channel Nine’s Today.

“All of those blokes are great blokes,” Liz Ellis, retired netball star and host of Channel Nine’s Sports Sunday said on the program. “The problem is, these blokes are great individually but you get them in the group and something happens … [Triple M has] done the right thing and sacked Barry. But what are they going to do about everyone else who took part in the conversation and laughed in the background?”

For decades Australian women interested in football have observed and participated in a sporting culture that was — explicitly or otherwise — perpetuating an environment that excluded, antagonised and/or threatened them. “Every time I switch on the television to watch a game and see Wayne Carey being rewarded for returning to the spotlight after his ‘dark days’ (aka being charged with assaulting a former girlfriend),” culture critic and footy tragic Kylie Maslen wrote in 2015, “… it makes the game more difficult for me to love”.

While Triple M’s action over Hall’s comments was surprising to those who have come to expect the worst, it’s one of several indications that things are slowly changing.

Compare the Hall incident to Eddie McGuire’s violent comments about Fairfax’s stalwart Caroline Wilson in 2016. During the annual Big Freeze at the ‘G event (which sees prominent footy figures dunked in an ice bath to raise money for charity) that McGuire (who, as well as being a television host, sports commentator, Herald Sun columnist and star of Triple M’s breakfast show, is president of the Collingwood Football Club) joked that he would offer $10,000 if Wilson were dunked in the water. His offer would increase to $50,000, he said, “if she stays under”.

North Melbourne president and McGuire’s Triple M colleague James Brayshaw chimed in with his agreement, before former St Kilda player Danny Frawley offered to ensure she couldn’t come up for air. “I’ll hold her under, Ed,” he offered. Only one of the commentators on air during this segment — which notably was occurring as part of the AFL’s White Ribbon Day round — had the backbone to speak in support of Wilson: Barrett, who repeated, “I’m on Caro’s side these days, Ed.”

McGuire did not receive any formal disciplinary action from Triple M, but later issued a defensive apology.

Speaking about the incident last year, Wilson said that, while she had grown accustomed to these kind of “gang attacks” from the likes of McGuire and fellow Footy Show host Sam Newman over the years, she thought “those Triple M guys broke the boundaries” this time — and it was the young men around her who agreed.

“Most of the older guys I work with didn’t see it as an issue … but the younger reporters, the twenty-somethings … were devastated by it, didn’t like it, and thought we should have debated it on the show,” she revealed. “They were shouted down by the older blokes.”

This sentiment spread through the new generation of AFL players, with star Richmond player Jack Riewoldt explaining on AFL360 that Tigers players would boycott Triple M following McGuire, Brayshaw and Frawley’s comments. “Our club’s a real leader for supporting women’s rights … [the decision to boycott Triple M] was pretty much a no-brainer for us in the end.”

It’s rare that such an act of support occurs in spaces as male-dominated as that one. Commonly, if women are even invited to be involved in these events at all, the responsibility to speak up would fall to them. They are often required to play the role of the stony-faced nagging wife sucking the fun out of “just a bit of fun”; or, in Wilson’s case, the sports journo who wants to be one of the boys but can’t take a joke like one — as The Footy Show’s Sam Newman would accuse her following the incident. Because in the boys’ club, “taking a joke” boils down to laughing off sexual assault, laughing off violence performed by men in power to women who dare to speak publicly about them.

Though current players are not without their own scandals — showing that ongoing education and awareness are essential for rising sports stars — acts and statements of support for women are increasingly common. Last month, as Melbourne mourned the loss of Eurydice Dixon, her childhood friend Brandon Ellis, a premiership defender with the Richmond Football Club, used a post-match interview on 3AW to explain that he wore a black armband in the Tigers’ game against Geelong to both pay tribute to her and “to send a strong statement out there that it’s not acceptable what happened”.

“It’s just really sad that women can’t just go walking alone,” he said. “Men need to have a real hard look at themselves and have just got to know that it’s not acceptable.”

Luke Ablett, who played alongside Hall during their years at the Sydney Swans, has been similarly vocal about toxic masculinity, and in 2015 became an ambassador for The Line, a program designed to recast men’s attitudes towards women.

During the 2016 season, now-retired Cats great Jimmy Bartell, grew out his facial hair as part of his ongoing campaigning and fundraising for domestic violence — an issue that intimately affected his family growing up. He also spoke out this week about the misogyny at the core of Hall’s comments.

In removing Hall and deriding his actions, Triple M has set a standard for themselves and other sports media. It is, as the likes of Ellis, Ablett and Bartell said, time for men to reflect on their own behaviour. And in refusing to accept misogyny or engage in #NotAllMen distractions, younger players are affecting the culture of the game as they rise up in its ranks — just as the likes of Hall, Newman and Frawley so poisonously affected it in the past. 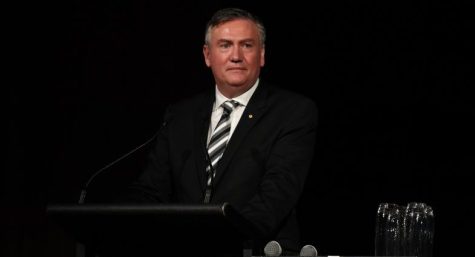 What does it take to be sacked from a broadcast job? 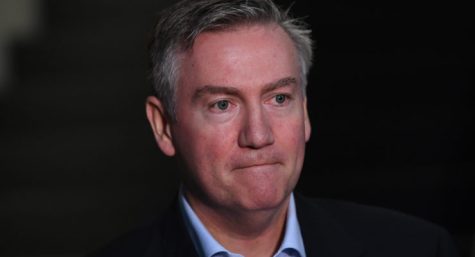 Maybe put Mike Fitzpatrick as boss of the Senate?

Leyonhjelm should also be sacked. Is that possible? There’s parliamentary privilege but surely even that line has been crossed?