Is it time for Australian states to step up on asylum seeker support?

The cruelty of the federal government's immigration services is well-established, but what's happening in the states and territories? This is the focus of a new report out today.

Last week, the Department of Home Affairs began rolling out staggered cuts to support services for around 1500 people seeking asylum.

The government’s decision to kick people off Status Resolution Support Services (SRSS) — which amounts to $35 per day coupled with some healthcare services — follows years of similar withdrawal of legal support, appeal options, and even the right to spit or own pets. In short, Australia’s punitive attitude towards people seeking asylum does not end with those still stuck on Manus Island or Nauru.

But while the toxicity around federal immigration often makes compassionate, holistic reform seem impossible, a different angle for making progress has often been overlooked: the role of state and territory governments.

This practical opportunity to provide safety and stability to people currently living in Australia, as well as the startling contradictions between state and territory services, are what underpin the latest report from Liberty Victoria’s Rights Advocacy Project (RAP), States of Refuge, released today.

The first of its kind, RAP’s report has found wild disparities between where people seeking asylum end up in Australia, and the basic rights they are ultimately afforded. For example, a person is entitled to apply for social housing in South Australia regardless of visa status, whereas Tasmania, Western Australia and ACT limit access to citizens and permanent residents. Tasmania also actively excludes people seeking asylum from accessing homelessness services, while WA and the Northern Territory restrict Medicare-ineligible patients (i.e. anyone on a visa without work rights) from accessing free healthcare.

The ACT, however, leads the country when it comes to ensuring people are not excluded from free healthcare and hospital services based on their visa status. South Australia, in one of its weakest areas, offers a mess of conflicting legislation, regulation and policies over whether people seeking asylum are entitled to free education services. It turns out they are, but this was only made clear through an internal policy document obtained via Freedom of Information request. 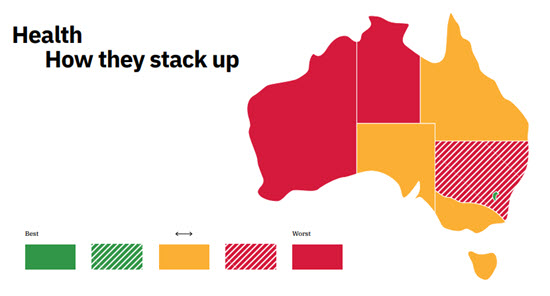 Obtaining the information required to decipher theses laws or policies was often difficult. The author team of legal volunteers and researchers spent months scouring policy documents and liaising with departments over information as seemingly simple as whether someone does or does not have to pay for primary education in Western Australia (they do, but in a regulatory-workaround staff have brought the annual fee to $1 per year).

There are concerns about how this information is supposed to be unpacked by people from largely non-English speaking backgrounds, especially those recovering from trauma.

At the same time, much of what the authors found was cause for hope. For example, Tasmania’s Education Department explicitly says that every student seeking asylum is to be treated as a local student and not liable for fees. Victoria has also recently announced free vocational programs for people seeking asylum, and Queensland offers nation- and perhaps world-leading training services for teachers with specialty handbooks on issues faced by refugees and students seeking asylum. 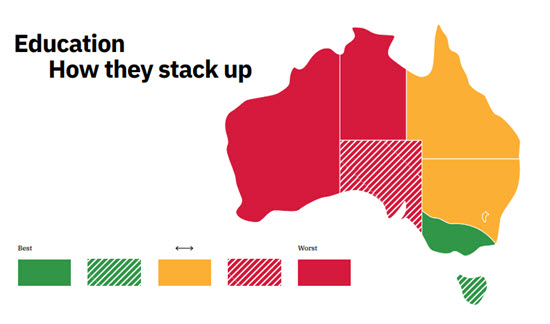 These highlights, as well as some international precedents, helped form the tailored recommendations RAP provided to state and territory housing, health and education departments.

The pitfalls identified do not necessarily stem from any attempt to discriminate against people seeking asylum; some problems, particularly those relating to new visa subclasses, are simply a matter of outdated laws. Many of the laws and policy in these areas were designed when there was a greater degree of permanence to refugee visas.

In recent years however, temporary visa subclasses have become standard. The issues this creates for a refugee or person seeking asylum to access certain services is caused more often by a failure of the relevant departments to adapt to this reality, rather than any bad faith approaches to making laws.

The road to reform

What is clear is that there is a need for reform. As Peter Robson, Secretary of the Darwin Asylum Seeker Support and Advocacy Network (DASSAN) told the authors:

Access to healthcare, housing and education are severely limited for asylum seekers in the NT due to discriminatory policies enacted against people who seek asylum. Granting access to normal welfare payments, a healthcare card and a greater investment in public housing are ways that this could be combated.

This report explicitly outlines both gaps and solutions in essential service areas. There is already considerable precedent for state leaders to support human rights where federal leaders have failed to do so. In 2016, Victorian Premier Dan Andrews, Queensland Premier Annastacia Palaszczuk and NSW’s then-premier Mike Baird demonstrated this in their offer to keep asylum seeker children in Australia.

This report is a timely reminder that these governments can play a major role in ensuring uniform assistance to make refugees feel welcomed and able to enjoy the best of what our country has to offer.

The author was involved in the production of Liberty Victoria’s report. They have not been paid for this article.

It was Gillard who legally removed all rights from refugees seeking asylum, who put in the stupid no advantage rule and left the field for a zealot like Dutton to slink in

It cost-shifting by the Commonwealth who know the States will generally step in as they did when Howard brought in the TPV regime in 1999 and denied TPV holders access to many Commonwealth services. If the Commonwealth had allowed asylum seekers to apply for visas straightaway instead of barring them from doing so – until recently – most would have had their cases determined by now.

The days of washing up on a foreign countries shores to make your fortune are gone.
The overwhelming majority of asylum seekers come to Australia to better their financial situation.
This is at the expense of the Australian population and their children.
Once, not that long ago, it was normal to see teens working behind the counter of convenience stores and servos, now it is almost entirely foreigners.