Journalist and presenter Liz Jackson has passed away after a well-documented battle with Parkinson's disease. She is being remembered as an inspirational, fearless journalist.

Farewelling Liz Jackson, Samantha Maiden moves on from Sky, Optus can’t apologise enough, and other media tidbits of the day.

Vale Liz Jackson. Highly respected journalist and presenter Liz Jackson has died in her sleep in Greece. Jackson documented her accelerating Parkinson’s disease in an award-winning film aired on Four Corners last year. She is being remembered as an inspirational, fearless journalist.

Her former Four Corners executive producer Bruce Belsham has written of her as one of the most important journalists of her generation:

She leaves another legacy that is worth reflecting upon in a time when the values of journalism itself are threatened by failing revenue models, fracturing audiences and wild disputations about what is and is not fake news. That legacy is about telling real stories and speaking real truth to power. The story researched with dedication and focus and told with flair and passion is what drove Liz Jackson. Her guiding principles are worth honouring.

Samantha Maiden leaves Sky. Press gallery veteran Samantha Maiden has announced she’s quit her current job as Sky News political reporter. On Twitter yesterday, Maiden said she had resigned and would be taking a break. Maiden was reportedly suspended from work earlier this year over allegations of bullying. In her thread of tweets yesterday, she said she was diagnosed with depression and anxiety last year, and her psychologist had said she was “high functioning which is a polite way of saying I’m an annoying, relentless perfectionist. I’m genuinely sorry if anyone has been bruised by this.” Maiden started at Sky early last year, after stints at the News corp Sunday newspaper group, The Australian, and Ten.

Optus says sorry, again. Optus has taken out full page ads in the newspapers today to apologise for its World Cup broadcasting disaster. Ads in the News Corps and Fairfax metro dailies, as well as The Australian and the Australian Financial Review, apologised for the “balls up”, and advertised their decision to allow SBS to broadcast the rest of the matches. BoM’s weather report ambush. Bureau of Meteorology staff have been ambushing on-air weather reports as part of their industrial action. Last week, meteorologists on ABC radio programming in Melbourne and Adelaide prefaced their reports by saying they hadn’t had a pay rise for more than four years and eight months.

Melbourne breakfast presenter Jon Faine interrupted to say, “We’re under instructions not to let you wage your industrial action on the airwaves”. CPSU deputy secretary Beth Vincent-Pietsch told the ABC’s PM program that they were protected by industrial action. Glenn Dyer’s TV Ratings. Seven’s night even though the Swannies were beaten by the Tigers (or perhaps it’s because the Tigers won?). It attracted 788,000 nationally on Seven and 274,000 on Foxtel, well ahead of the NRL game where the Dragons won over the Eels, attracting 631,000 viewers on Nine and 204,000 on Foxtel.

MasterChef on Ten actually did better than the sport, with 1.04 million viewers and was number one in 25-54s. Seven won the overall demos. The ABC’s 7.30 had its lowest metro audience for years — 382,000 last night. The national audience (605,000) used to be a low figure for the metro markets. Read the rest on the Crikey website. 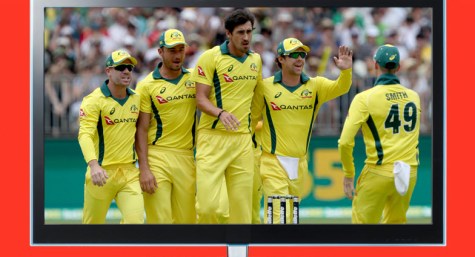 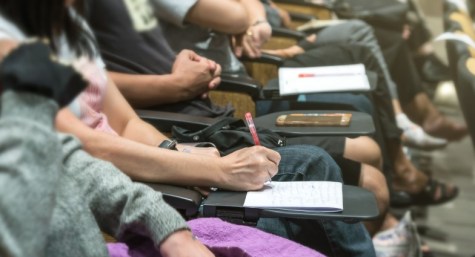 Daily Mail tops list of most prolific journalists thanks to ‘churnalism’

I am absolutely gobsmacked that the appalling show MasterChef should poll at all. It has absolutely nothing to do with normal people in normal families do day by day in feeding their families with wholesome meals. The concoctions which are produced are in the realm of fantasyland.