There's something suspicious about the charges against Witness K lawyer Bernard Collaery -- in particular, the strange absence of a certain media organisation.

At a time when the government has launched a full-scale war on the ABC over its journalism, the decision of the government’s hand-picked Director of Public Prosecutions — former Trade Union Royal Commission counsel Sarah McNaughton — to charge Canberra lawyer Bernard Collaery for talking to the ABC raises serious questions about the agenda behind the prosecution.

In addition to facing a charge of conspiring with Witness K to reveal the illegal bugging of the Timorese government by the Australian Secret Intelligence Service under Alexander Downer in 2004, Collaery is being charged with illegally communicating information via interviews or conversations with a number of ABC journalists and producers: Emma Alberici, Peter Lloyd, Connor Duffy, Marian Wilkinson, and Peter Cronau.

Alberici has been a regular target of both the Turnbull government and its media supporters in relation to her journalism on economic issues.

But there’s a strange omission from the prosecution’s summons to Collaery. The charges relating to ABC journalists or producers all relate to early December 2013 or March 2014, in the wake of raids by ASIO on Witness K and Collaery’s offices, which included the seizure of privileged material. ASIO had waited until Collaery was out of the country to conduct the raid of his office.

The omission is that the revelation of the illegal bugging of the Timorese cabinet wasn’t by the ABC in December 2013, but by The Australian on May 29, 2013 — when Collaery told The Australian’s Leo Shanahan what ASIS had done. Shanahan isn’t mentioned in the summons to Collaery, which goes through chapter and verse of all the times he is meant to have illegally shared information with ABC staff. Why the selective focus on the ABC when the original “offence” was committed with News Corp?

If the government has its way in preventing Collaery and K’s trials from being held in public, we’ll likely never find out.

No journalists, editors or producers have been directly charged. 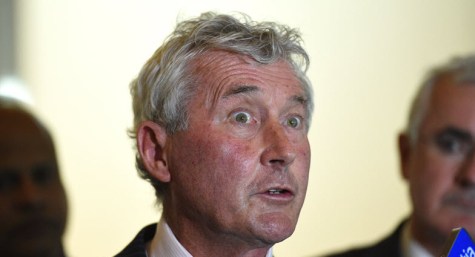 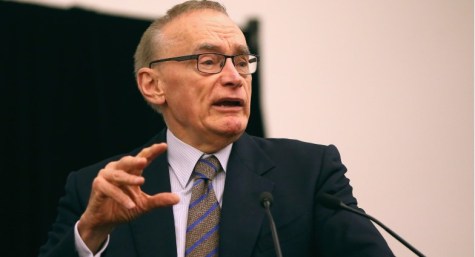 How dare Turnbull prosecute Collaery and Witness K? It’s Howard and Downer who should be in the dock, they acted illegally. The Timorese saved Aussie soldiers during WW2 and this is how we repay them? Stealing from the poorest nation on earth?
You are showing your true colours Turnbull and Howard.

Makes you wonder what other illegal activities were sanctioned when Howard and Downer were in their respective Cabinet positions. Apart from the Wheat Board Iraq scandal, of course.

It’s a serious question Bernard, and one that should be answered. The reason that it won’t be answered is because Murdoch runs a protection racket for the LNP.
The government prosecuting News Corp, would be akin to biting the hand that feeds you, and as we all know, that’s never going to happen.

Very very true Sleuth.
Murdoch is a plague on democracy here, in America and England/EU.

Yes, and the protection racket works both ways. Today’s Adelaide ‘Advertiser’ has zero on this story, compared to the screaming headlines it ran when a state Labor government tried to expose and punish whistle-blowers. ‘Your right to know’ is apparently not a principle to Lord Rupert, but a weapon to help his faithful servants in parliament.

One day Bernard is telling it like it is, the next it’s a return to mealy-mouthed “commentary” in a measured fashion.

Bernard, the frog isn’t boiling, it is cooked, plated, served and half-eaten. Enough with the spineless wishy-washy commentary – the centrist media are fiddling while Rome burns.

Bernard, is there anything that can be done to ensure the trials of Collaery & Witness K are subject to gag orders? Is the electorate helpless?

If someone is *extremely* careful leaking the proceedings to Andrew Wilkie, he seems to have shown a willingness to use Parliamentary Privilege to shine a light. The House could find him in contempt, however.

Bernard, I might be reading a bit much into this but there are some interesting words in the form of the charge: “… which information came to Bernard Joseph Edward COLLAERY by reason of him having entered into a contract, or agreement or arrangement with the Australian Secret Intelligence Service …”.

Sounds to me that the reason why he is being prosecuted for the ABC comments in December rather than the News Corp disclosure in May 2013 was that some arrangement was put in place between BC and ASIS (possibly after the News Corp story broke) and ASIS / the DPP are now alleging that what BC told the ABC in December included something more that BC got pursuant to that arrangement.

What you need (and BC’s lawyers need) is proper particulars of the “information” allegedly communicated – i.e. what bit of what he told the ABC was covered by the arrangement with ASIS?. The charge is not properly particularised at present.